Imagine travelling across Japan visiting beautiful tea regions and tasting a range of popular as well as little-known Japanese teas. The Japanese Tea Marathon gave such an opportunity.

Inspired by the athletic spirit of the Tokyo Olympic and Paralympic Games, Japanese Tea Marathon was held during the olympic period between 23rd July - 8th August 2021. A series of events took place online, and over 15 days gave a chance to explore 15 tea regions of Japan!

The digital journey covered 3 of 4 main islands of Japan: Honshu, Kyushu and Shikoku. It started down south in Kagoshima, continued through the middle of the country, including Kyoto, and at last finished in Shizuoka.

The Japanese Tea Marathon participants, not only could learn about the regionality of Japanese tea, but also met real tea producers from each region and heard their stories.

If you missed it, the event recordings are available on our youtube channel.

Event dates and times: The Japanese Tea Marathon was held between 23rd July - 8th August, 2021. To account for the time difference each regional event were held twice a day: 11am-1pm and 4pm-6pm (JST).

Event language: English was the main language of the events with some translation from Japanese.

Recording: The events were recorded and recording were shared after the marathon. 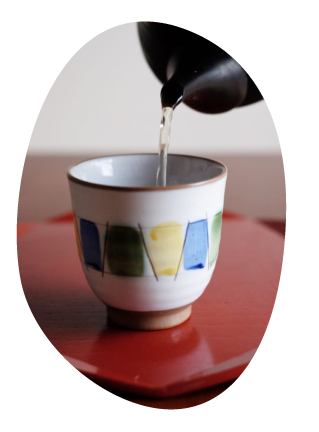 The Japanese Tea Marathon introduced tea regions of Japan and featured over 20 tea producers who shared 30 teas in total. To find out more about each tea region and tea producers working there, click on region name below.

Participants were invited to help us spread the word about the Japanese Tea Marathon, and were provided images here for promotion on social media and other channels.

Some of the frequently received questions were

1.How can I join the marathon?

--> Registration was needed to participate in the marathon.

2.Can I buy the marathon tea set?

-->The tea set was made specially for the marathon, and is not available for purchase. To find out about and connect with each tea producer please visit the tea region pages by clicking on the tea region name in the schedule.

3. Can I watch the marathon replay?

-->Marathon events are recorded and the recordings were posted on our youtube channel after the marathon.

The Japanese Tea Marathon was organized by the Japan Tea Central Council PIIA and the Global Japanese Tea Association.