Kyoto is known as the cultural capital of Japan. It was the actual capital of the country for more than 1000 years (between 794 - 1868)! When the capital of Japan was moved to Tokyo, a lot of significant culture still remained in Kyoto. Even today Kyoto is home to over 2,000 temples and shrines. It has a lot of traditional crafts including kimono, folding fans and pottery. Iconic to Japan, geisha culture is still active in Kyoto.

Interestingly Kyoto is known as both a tourist and a student city. The traditional culture and numerous tourist sights are attracting millions of visitors every year. Kyoto also has a large number of universities and about 150,000 students, that makes about 10% of the city's population.

Popular abroad, Kyoto is the origin of manga. The very first manga, called Animal Creatures, was created around the 12th century in Kozanji temple. Today you can learn all about manga in the Kyoto Manga Museum. Additionally Kyoto is famously home to Nintendo - one of the largest video game companies in the world.

And of course, Kyoto is known for tea, both domestically and internationally. It is said that tea cultivation started here in 1191, when the Buddhist monk Eisai brought tea seeds from China to Japan and gave some of them to another Buddhist monk Myoe Shonin, who planted them around Kozanji temple, north of Kyoto city. Even today tea is grown there and you can visit the very first tea garden.

Kyoto is immensely important in the history and culture of japanese tea. It was here that the iconic Japanese tea ceremony started forming in the 15th - 16th centuries and even today the main tea ceremony schools - Urasenke and Omotesenke, have their headquarters in Kyoto.

Kyoto also gave the start to the now very popular Japanese loose leaf teas - Sencha and Gyokuro. In 1738 Nagatani Souen - a tea farmer in Uji, invented a loose leaf tea processing method, that includes steaming, rolling and drying; and this was the start of Sencha production in Japan. In 1835 Gyokuro - shaded loose leaf green tea, was also created in the Uji area and thanks to its umami taste, became really popular in Tokyo.

Today Kyoto is ranked No.5 in tea production in Japan, and in 2020 made 2,360t of tea. Most of the tea cultivation is concentrated in the south of the prefecture; and the largest tea producing area is Wazuka town that makes about half of Kyoto’s tea. Other tea producing areas include Minamiyamashiro village, Ujitawara town and Kizugawa city.

The main tea produced in Kyoto is matcha, that includes both ceremonial and cooking grades. Other teas made here include sencha, kabusecha and gyokuro. In terms of Gyokuro it continues to be a strong leader in Japan.

The tea made in Kyoto is known as Uji tea. The brand has been famous in Japan and around the world for a long time and finally in 2007 Uji tea was registered as a trademark. 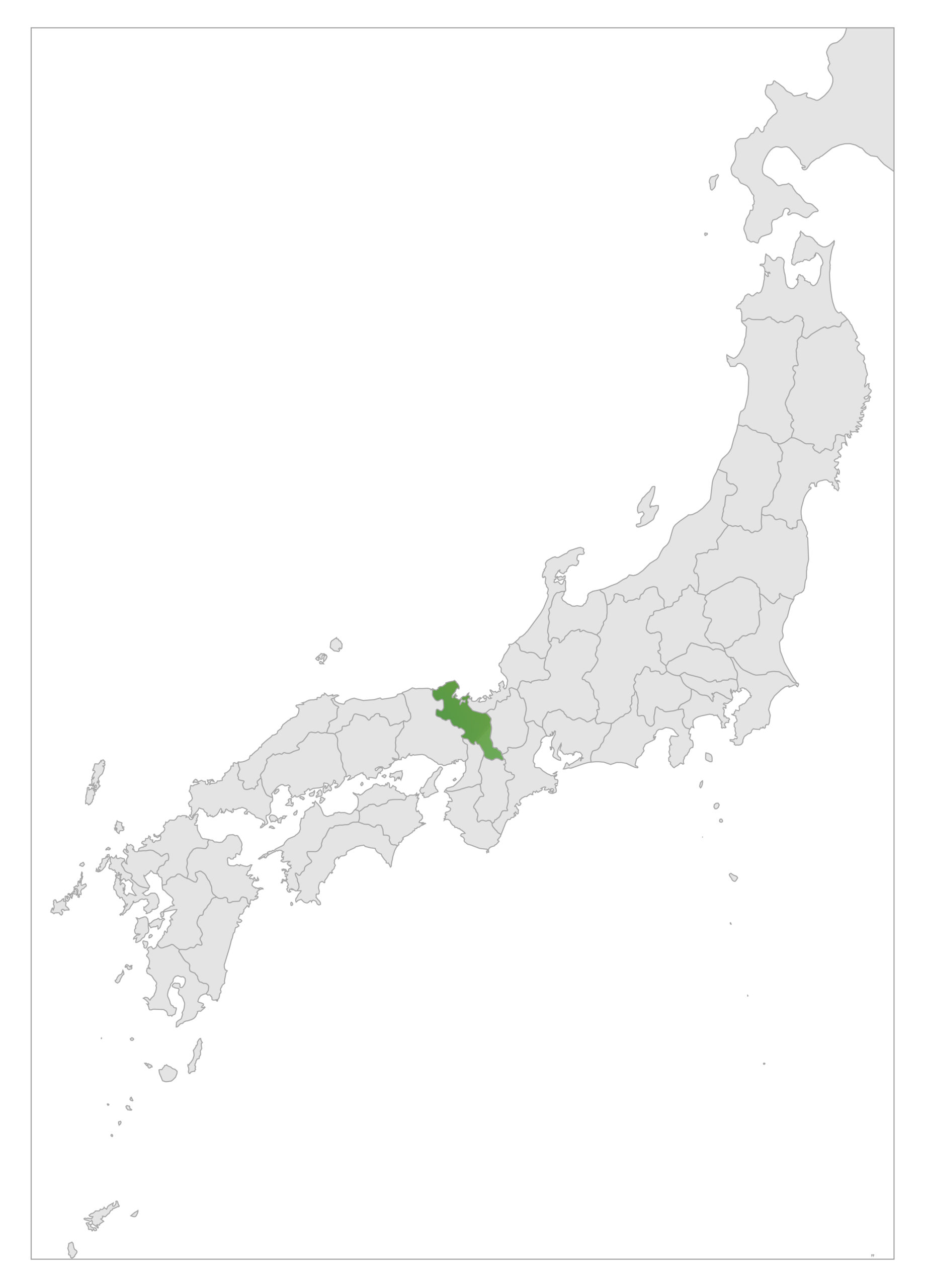 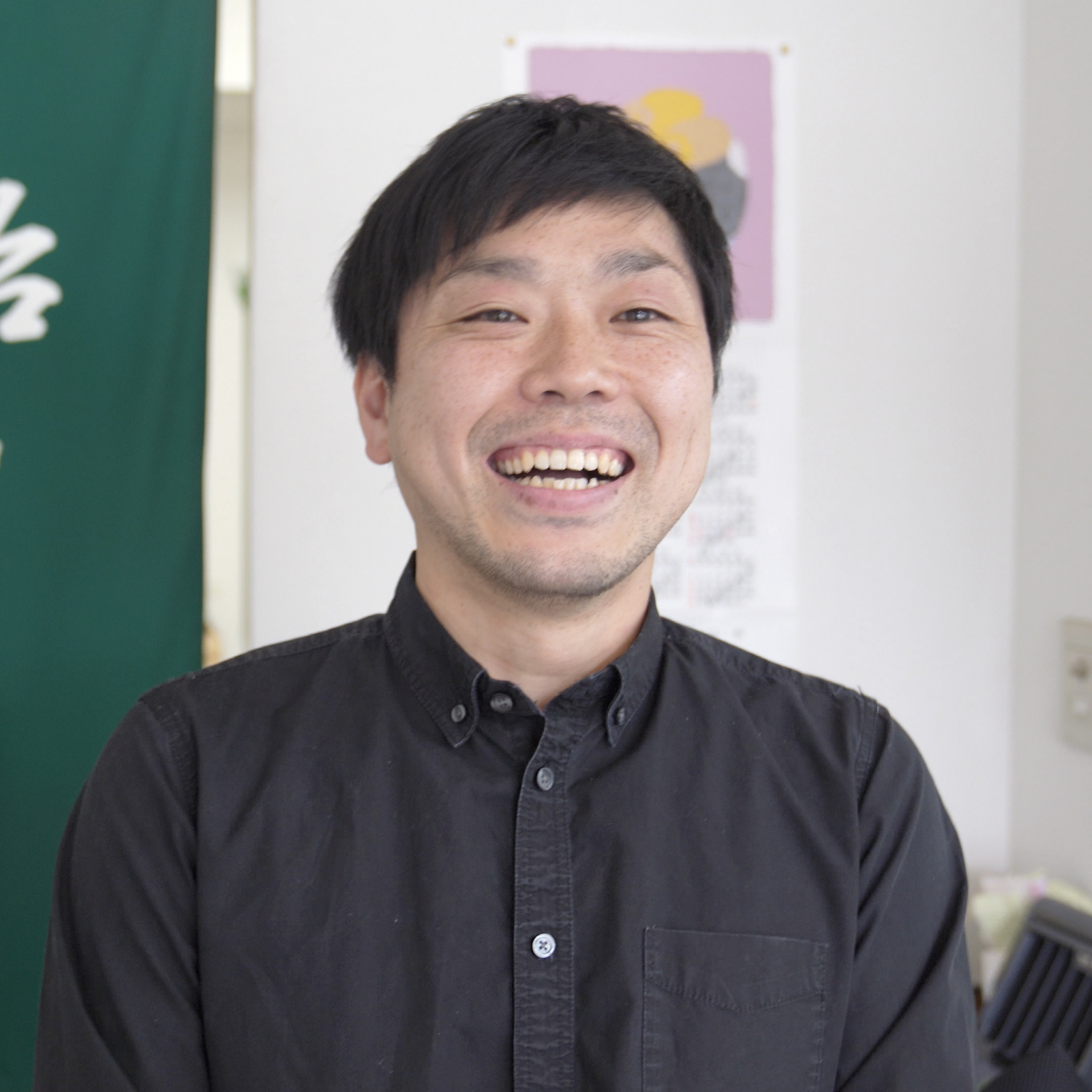 Masahiro Yoshida is the 17th generation tea farmer at Yoshida Meichaen - a very traditional family tea farm in the Uji region of Kyoto.

The Yoshida family started tea farming a really long time ago - in the Edo period. Today they are managing about 2ha of tea fields and still producing tea the traditional way: using dry reeds for tea shading and picking tea by hand. They also manage the oldest tea garden in Kyoto close to Kozanji temple, where the first tea seeds were planted about 800 years ago.

Yoshida Meichaen has participated in the Japanese national tea competition 75 times (every year since its start) and has won the first place 20 times.

Yoshida Meichaen makes various Japanese teas, but their focus is on the highest grade teas: Gyokuro and Matcha.

More information about Yoshida Meichaen on their website (in English). 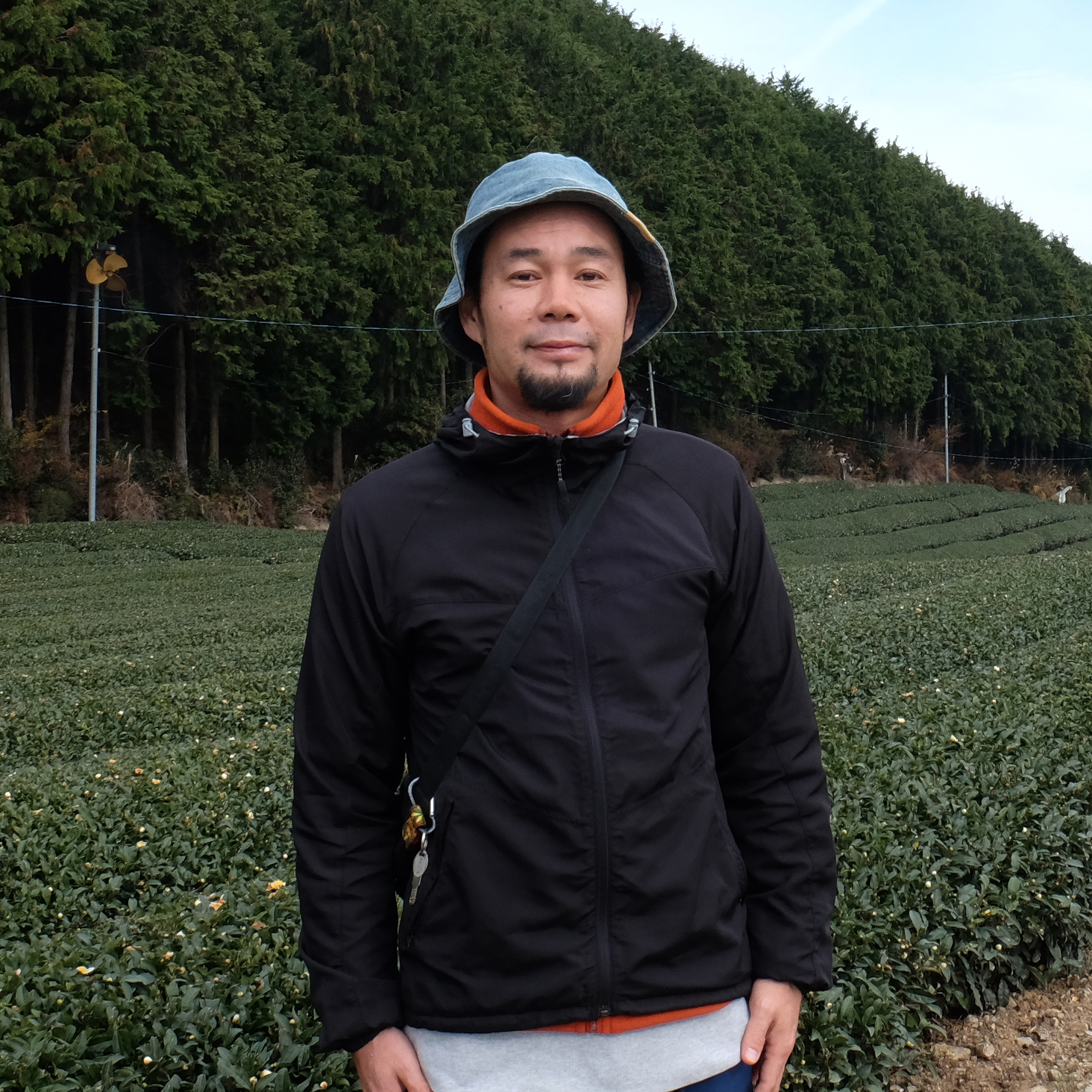 Testuya Imanishi is the 5th generation tea farmer and future president of Imanishi Seicha, a small family tea farm in Wazuka region of Kyoto prefecture. Imanishi-san is also very involved in town revitalization efforts and for the last few years has been leading the Wazuka Teatopia Festival organisation.

The Imanishi family started tea farming in 1912 and has over a hundred years of history. Originally a sencha producer, a few years ago Imanishi Seicha built a new tencha factory and now focuses on producing matcha.

Currently Imanishi Seicha manages about 3ha of tea fields at the foot of mount Yubu in Wazuka town. Besides matcha they also make sencha, kabusecha and hojicha.

More information about Imanishi Seicha on their website (in Japanese). 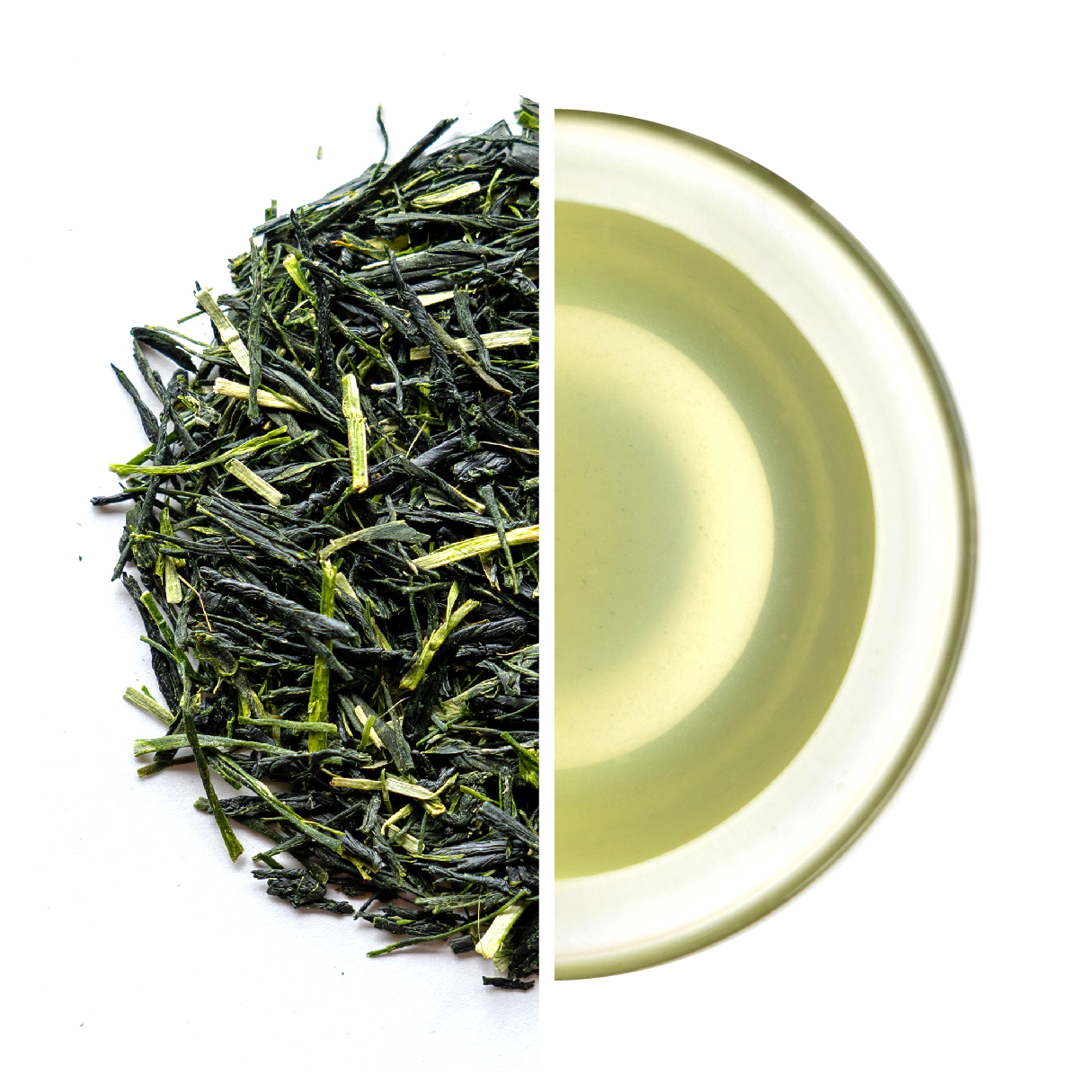 A very traditional gyokuro by Yoshida Meichaen. It is made from Saemidori cultivar and shaded for about 30-40 days before the harvest. The tea leaves gain rich green colour and become really soft, so a bud and up to 5 young leaves can be picked and processed into gyokuro. The picking is still done by hand by about 60 tea pickers - chatsumiko and processed in a small 35kg load factory.

When brewing gyokuro Yoshida-san recommends taking 5g of tea with 70ml of water cooled down to about 50-60°C and steeping for about 2min. The tea will be rich and vegetal, with a lot of umami. 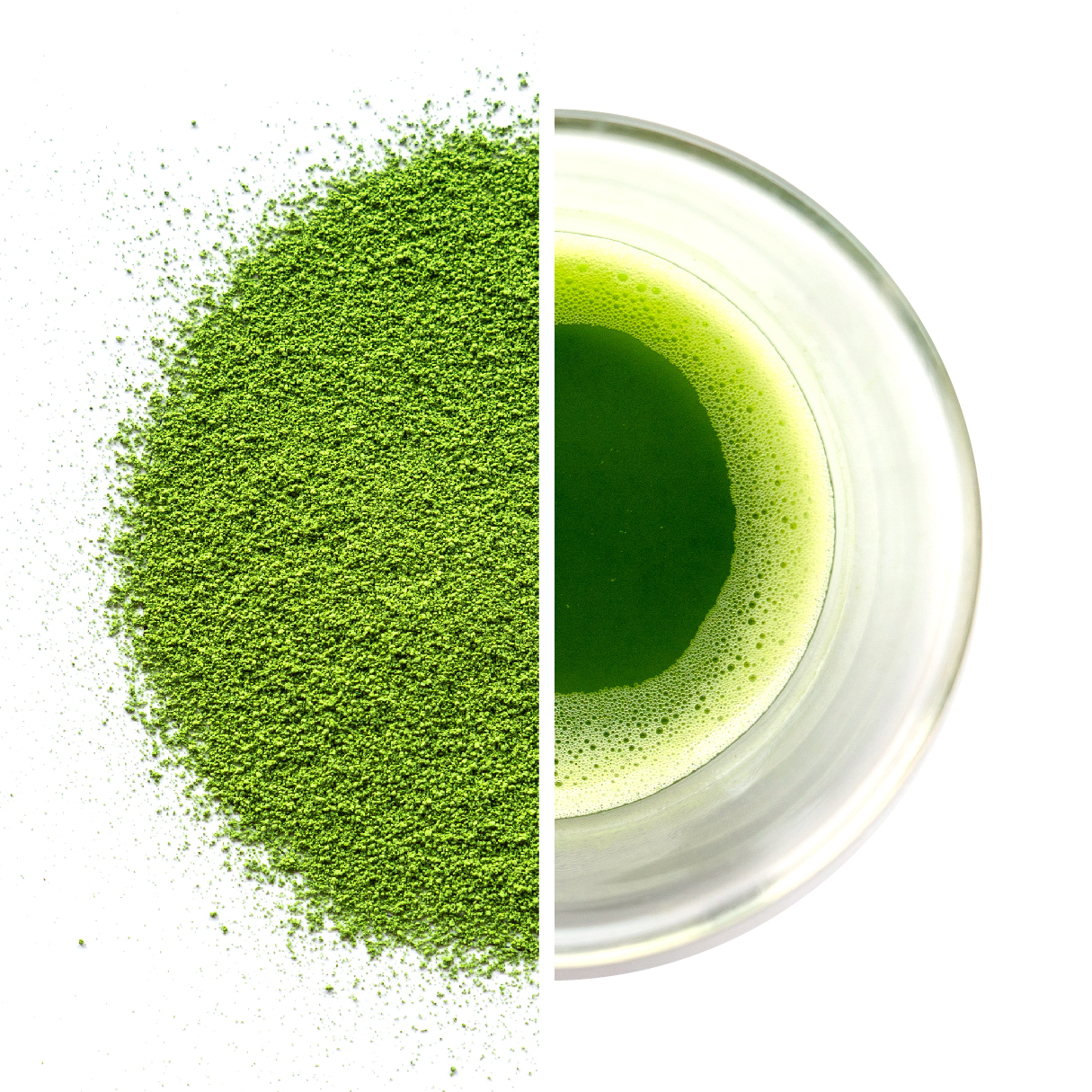 Matcha is a magical green tea powder. It was made from Meiryoku cultivar, that shoots earlier than Yabukita cultivar and has a slightly spicy peppery taste. The tea was shaded for several weeks and harvested in spring.

To prepare it Imanishi-san recommends using 1.3g of tea with about 50ml of boiling water. Please dissolve and combine matcha with water by vigorously whisking with a bamboo whisk - chasen. You will be mesmerized by the dark green color. The taste is also interesting - umami is balanced by some stronger notes.