Kochi is the largest prefecture in Shikoku island, but its population is the third smallest in Japan. With over 84% of its land covered in forests, Kochi is known as the greenest place in Japan. No surprise that it has an active timber industry. In fact, a long time ago timber from Kochi was used in the construction of Osaka castle, Nijo castle in Kyoto and Edo castle in Tokyo.

Due to the long sealine facing the pacific ocean, Kochi also has an active fishing sector. It is especially famous for jackfish tuna (katsuo). The consumption of katsuo in Kochi is the largest in Japan, and a lot of the local catch can be enjoyed in several local fish markets.

Kochi is also known for its Yosakoi festival, which involves folk songs and traditional dances. It was started after WWII with the goal to liven up the local population and has since grown famous all around Japan.

The start of tea production in Kochi is not completely clear, as it is believed that tea was already made from native mountain tea trees - ‘yamacha’ (ヤマチャ) long time ago. A few written records indicate that by the 16th century tea production in Kochi was well underway. Tea cultivation was further encouraged in the 17th century, but full scale cultivation didn’t start until the early 20th century.

With just 168t of tea in 2020, Kochi ranks No.17 in tea production in Japan. The tea production is concentrated around two large rivers: Niyodo (that was declared one of the cleanest rivers in Japan) and Shimanto. Largest tea producing areas include: Niyodogawa town, Tsuno town, and Shimanto town. Due to the mountainous terrain in Kochi, 76% of Kochi’s tea is grown on steep mountain slopes with a gradient of over 10%.

For a long time Kochi was known for post-fermented dark tea - goishicha, the origin of which is traced back to China. In the early days it was used for trade in exchange for salt. However, a few decades ago the production almost went extinct, with just one tea farmer remaining to continue the tradition at that time. Since then a few more tea farmers joined the effort, and the production has slightly increased.

The main tea made in Kochi today is Sencha, that is valued for its natural sweetness. However, very few people know about tea from Kochi, as the majority of it is sold to Shizuoka for blending. Since 2009 Kochi has started to sell and promote its tea under the Tosa tea brand (Tosa - name of Kochi prefecture). 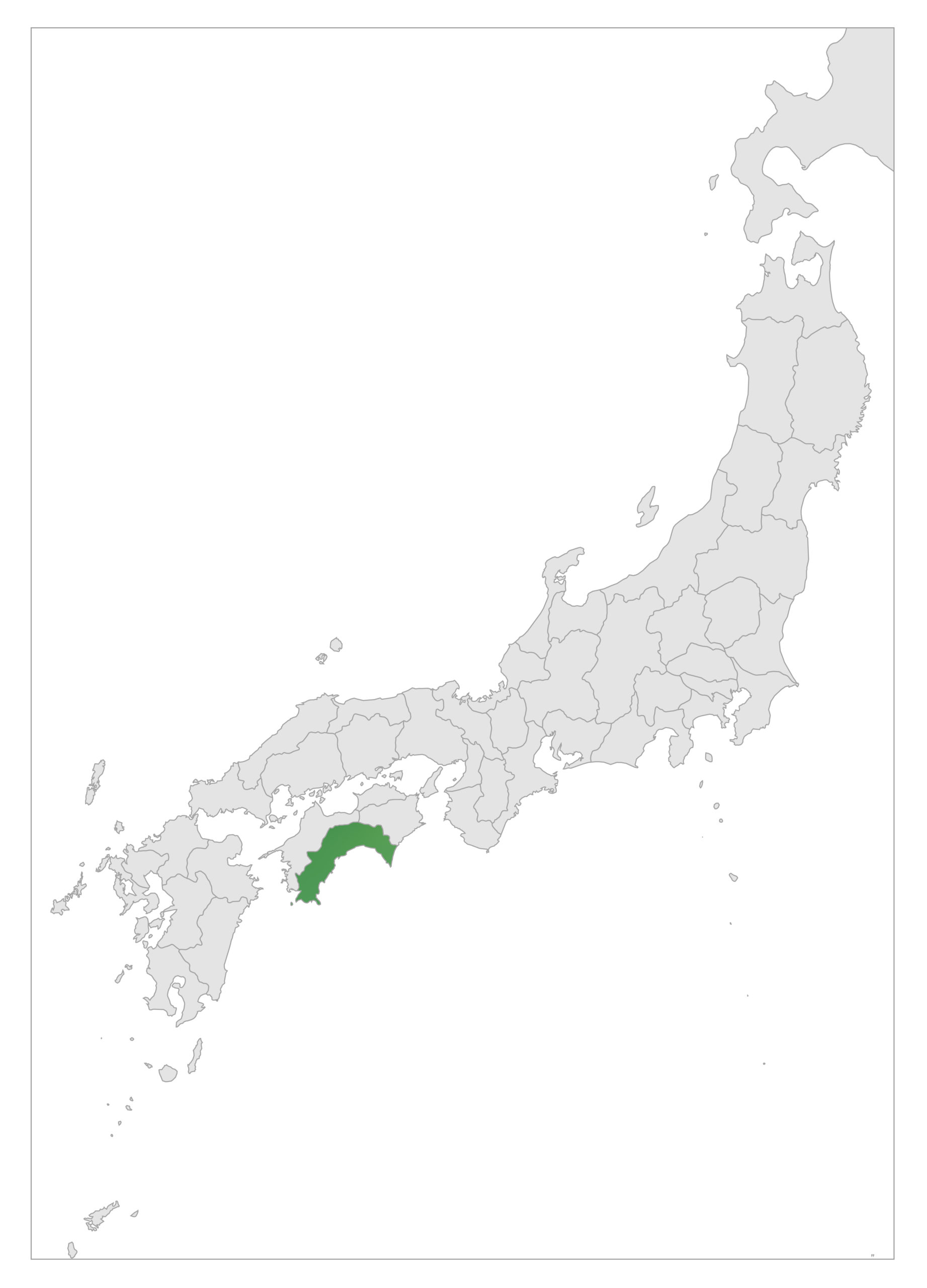 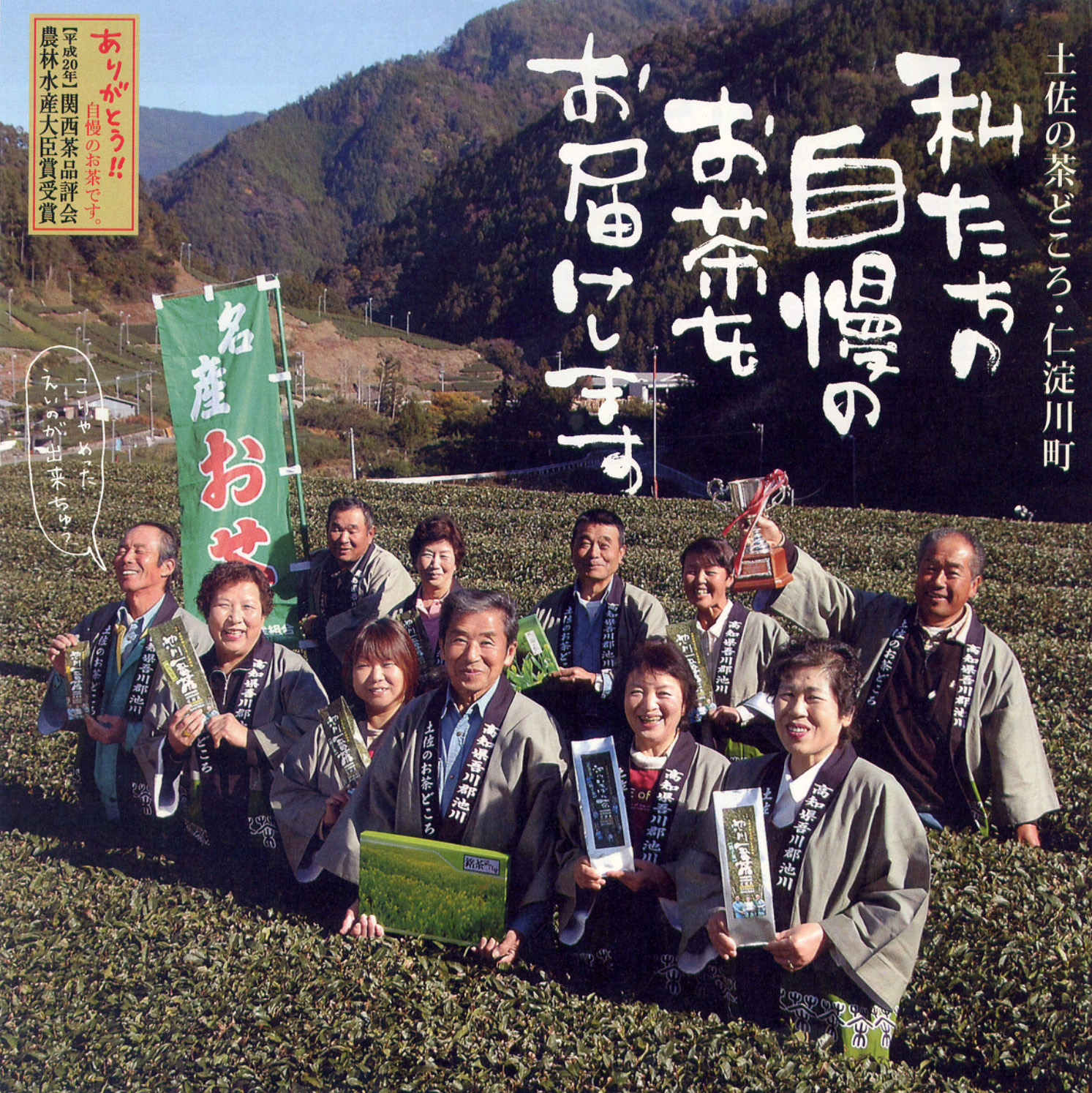 It was founded in 2002 and currently has 6 members. Most of the tea farmers are in the second generation of managing their family farms and together they farm about 14ha of tea fields around Niyodo river.

More information about the cooperative on their website (in Japanese). 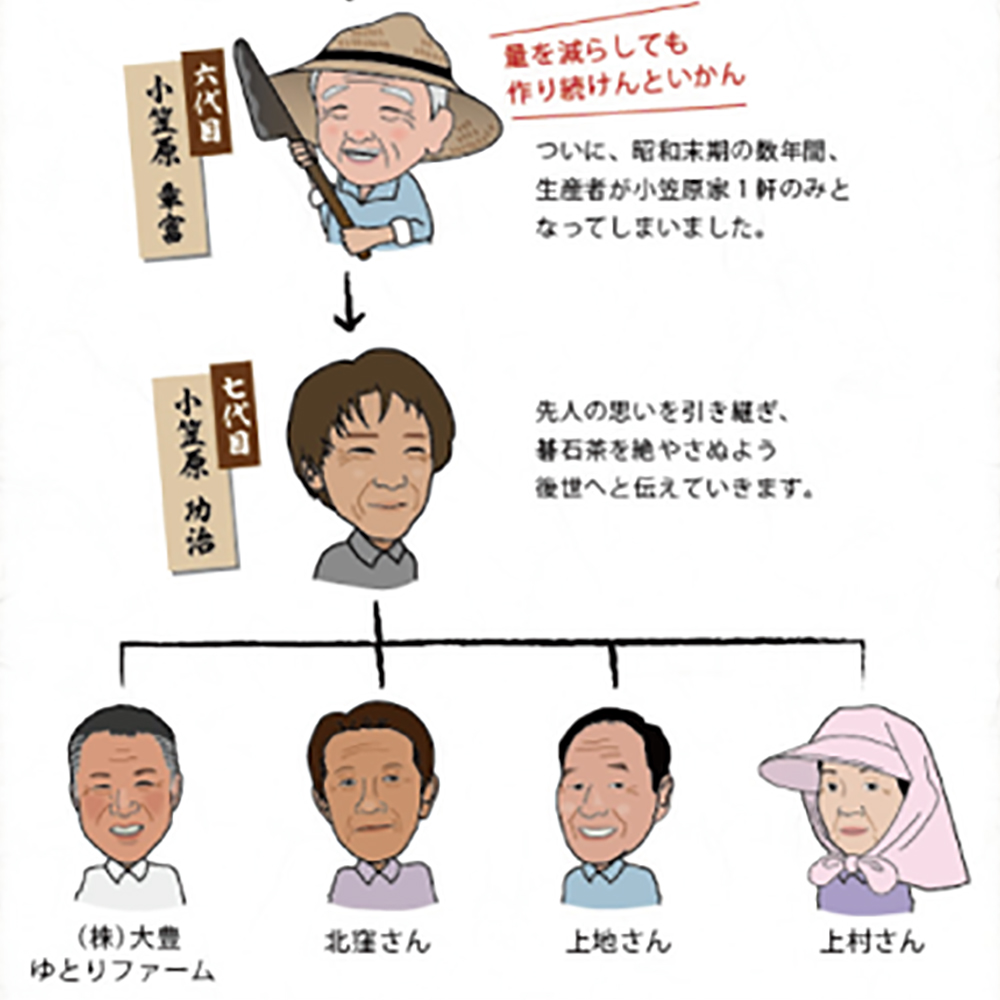 Otoyo Goishicha Kyodo Kumiai is a tea cooperative located in the Otoyo region of Kochi prefecture. The cooperative brings together tea farmers who are making goishicha - a unique post-fermented tea in Japan.

In the 1970s there was only one tea farmer remaining, who was making goishicha and there was a real threat that the tradition would disappear completely. Gradually a few more farmers joined the effort and now the cooperative includes 5 of them. Together they manage about 1ha of tea fields and mainly produce the tea by hand. 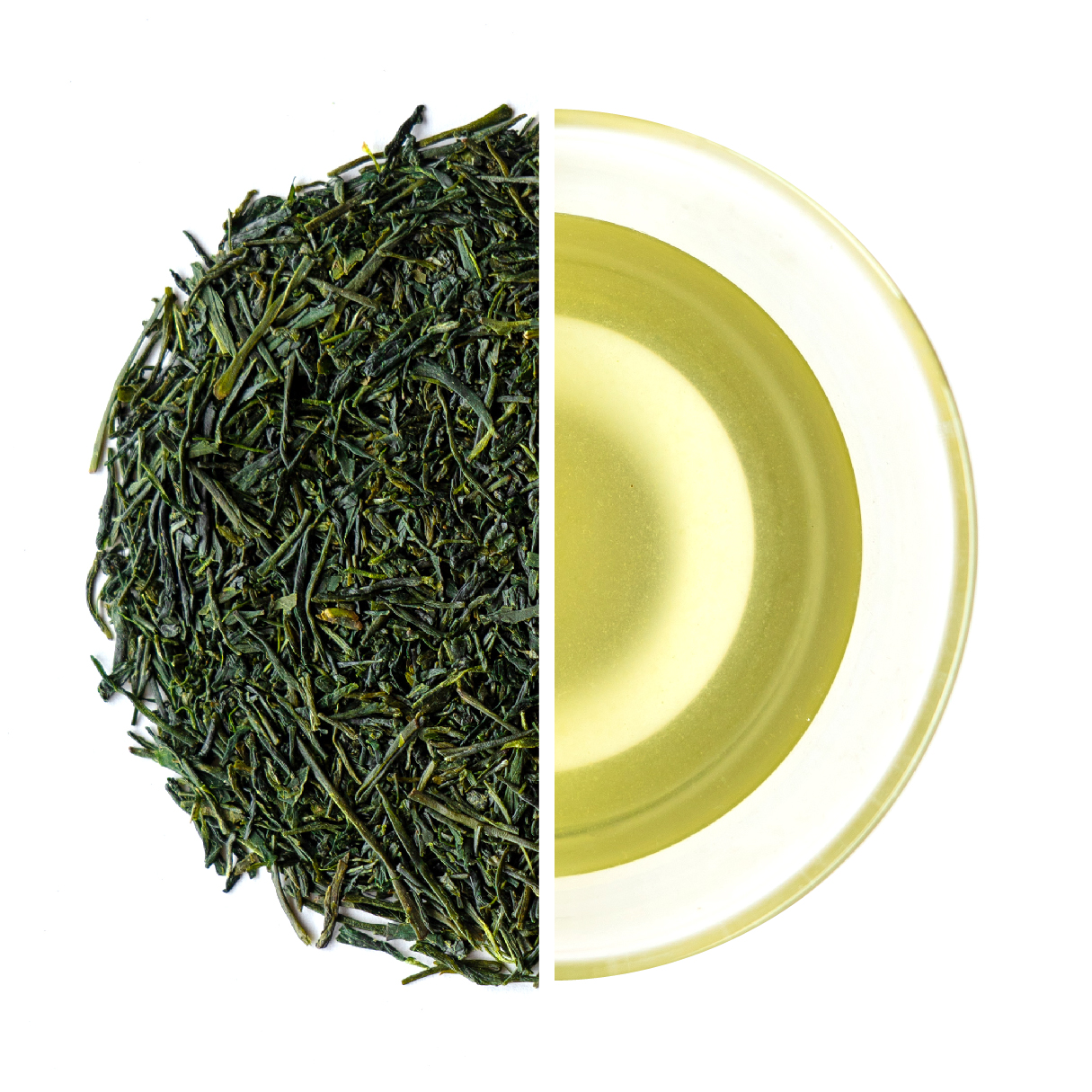 Kochi is known for high grade non-shaded sencha. It is grown on steep mountain slopes in a Niyodo river valley. The tea is made from Yabukita cultivar and harvested in spring. In 2021 it received 1st place in the Kochi tea competition.

The recommended way to brew is to use 5g of tea with 120-180ml of water, that has been cooled down to 65°C, and steep for 90s. You will find golden yellow colour and a very balanced taste of umami and light astringency. 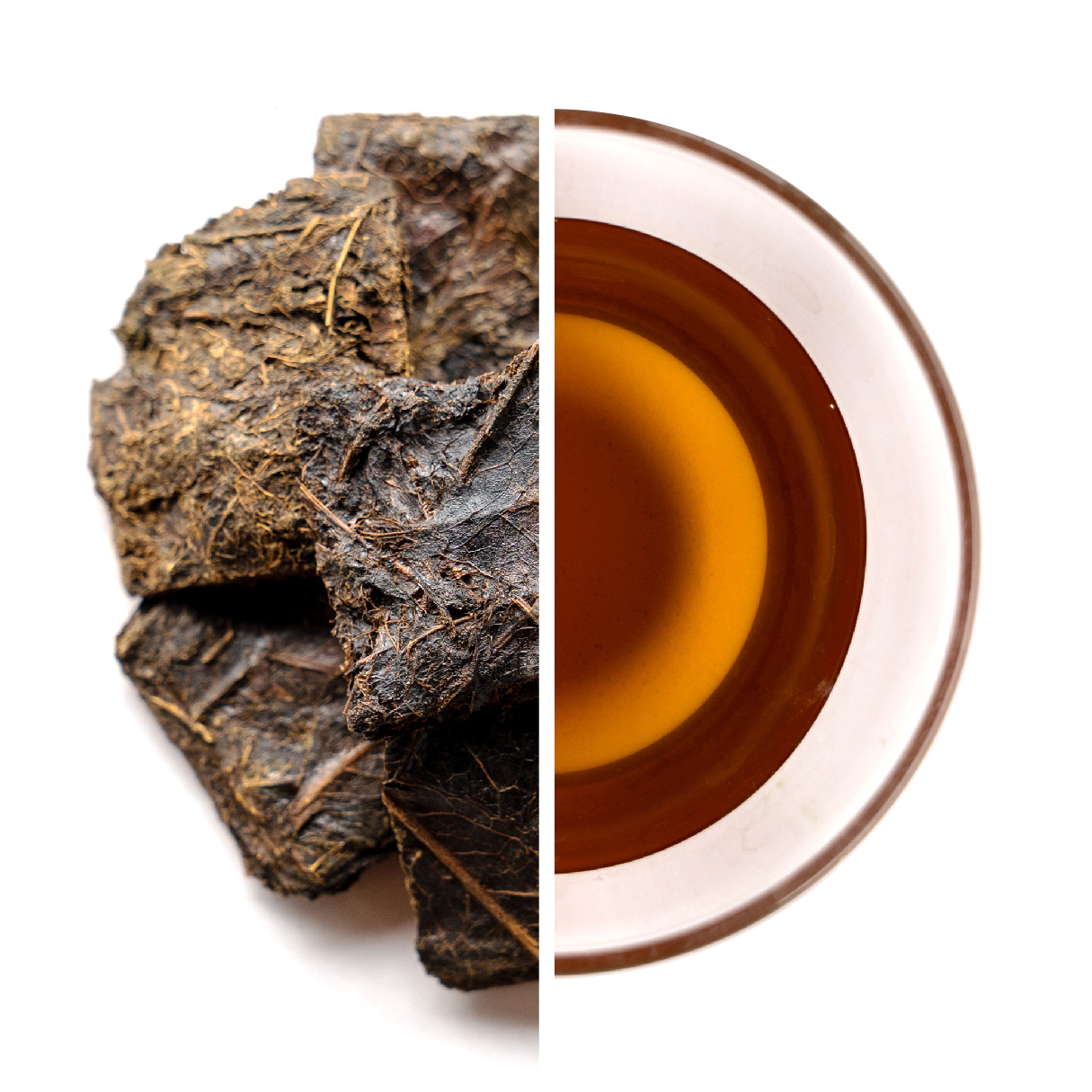 Goishicha is a post-fermented Japanese tea. It is really rare as the total production in the whole of Japan is 1t per year.

It is normally harvested in June, when tea tea leaves are more mature. It is then steamed in a wooden barrel and left to ferment for a few weeks, first in aerobic style, then in anaerobic style. In the end pressed tea leaves are cut into cubes and dried in the sun.

It is traditional to make Goishicha in a boiling kettle: add one cube of tea into upto 2l of water and boil for about 10min. You can also make it in a teapot: for 1 cube of tea use 300ml of boiling water and brew for about 5min. The tea will have bright red colour and a lightly sour fruity taste (somewhat similar to red wine).