Located at the southern tip of Kyushu island, Kagoshima is one of the most southern prefectures of Japan. It enjoys a nearly subtropical climate and volcanic ash enriched soil due to several active volcanoes (Sakurajima being one of the most famous). It is no surprise, therefore, that Kagoshima takes the second place in agricultural output in Japan (Hokkaido being the first). And with 23,900t of tea in 2020 it is also the second largest tea producer of Japan.

The start of the tea production in Kagoshima is not completely clear. It appears that tea cultivation was first encouraged by the ruling Shimizu clan during the Edo period (1603-1868). However, the promotion of full-scale tea cultivation and production began only after World War II - around 1965.

Around that time Kagoshima prefecture also encouraged tea farmers to produce black tea and for a brief moment Kagoshima was a leading black tea producer of Japan. However, it all crumbled with the black tea import liberalisation in 1971 and influx of much cheaper imported black teas. Hence, green tea production took over and expanded.

Tea harvest in Kagoshima starts around the beginning of April (the earliest in Japan!) and Kagoshima is able to harvest tea up to 5 times a year. All Kagoshimas tea (99.6%) is grown on flatlands, hence it is possible to utilize modern tea harvesting machinery. Currently 97.5% of tea farm lands are harvested with driven harvesting machines, and trials of using unmanned tea harvesting robots is under way.

Kagoshima also uses a large variety of cultivars. While Yabukita is a dominant cultivar throughout Japan, in Kagoshima it only makes 32.3%, followed by Yutaka Midori (27%) and Saemidori (13.1%).

Nearly half of Kagoshima’s tea is made in Minami Kyushu city, that is sold under the nationally recognized Chiran tea brand. Other large tea producing areas include Shibushi, Kirishima, and Makurazaki.

The main teas made in Kagoshima are sencha and bancha. But in recent years matcha production is also increasing. And Kagoshima is taking a lead in organic tea production in Japan. 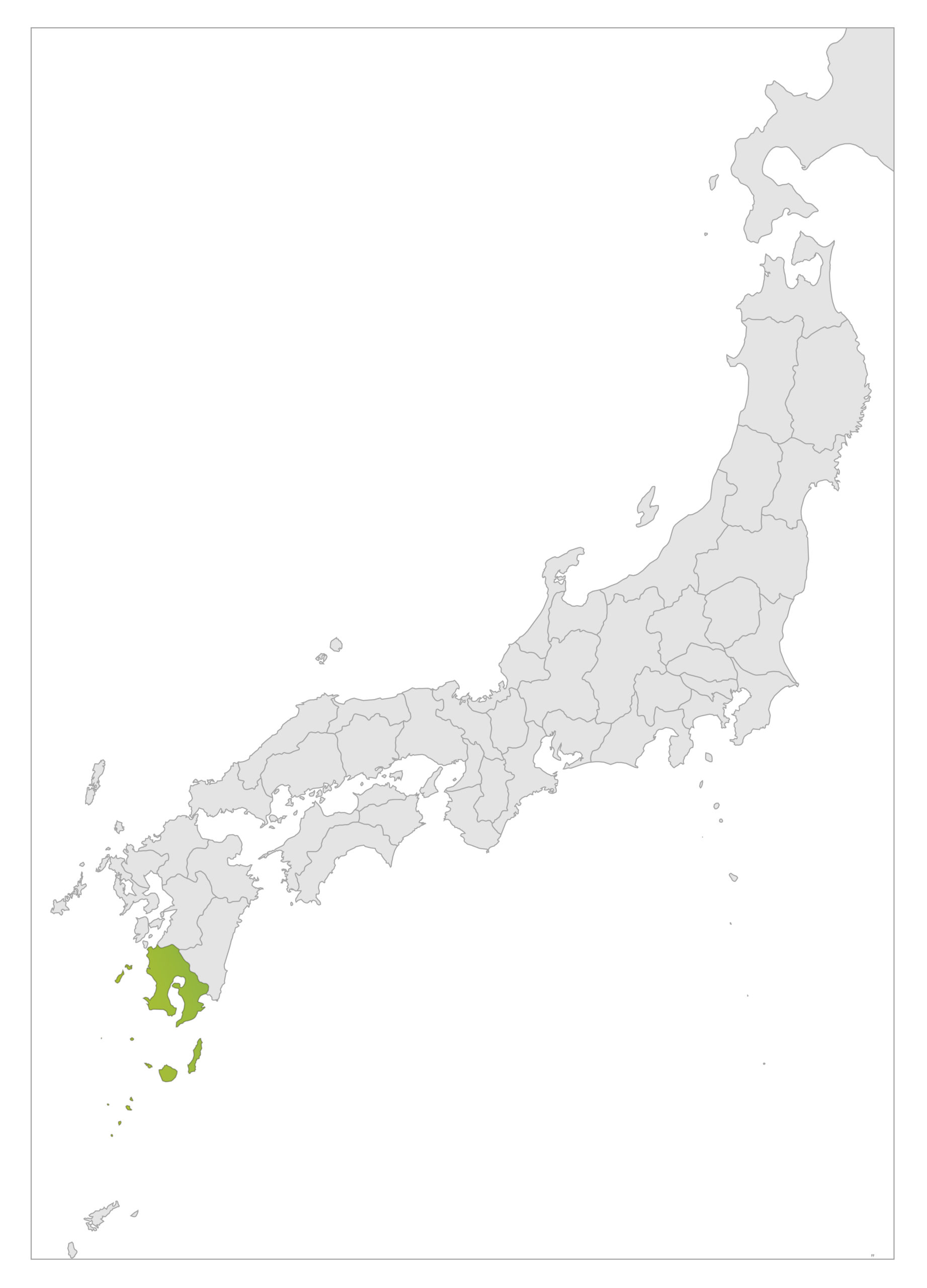 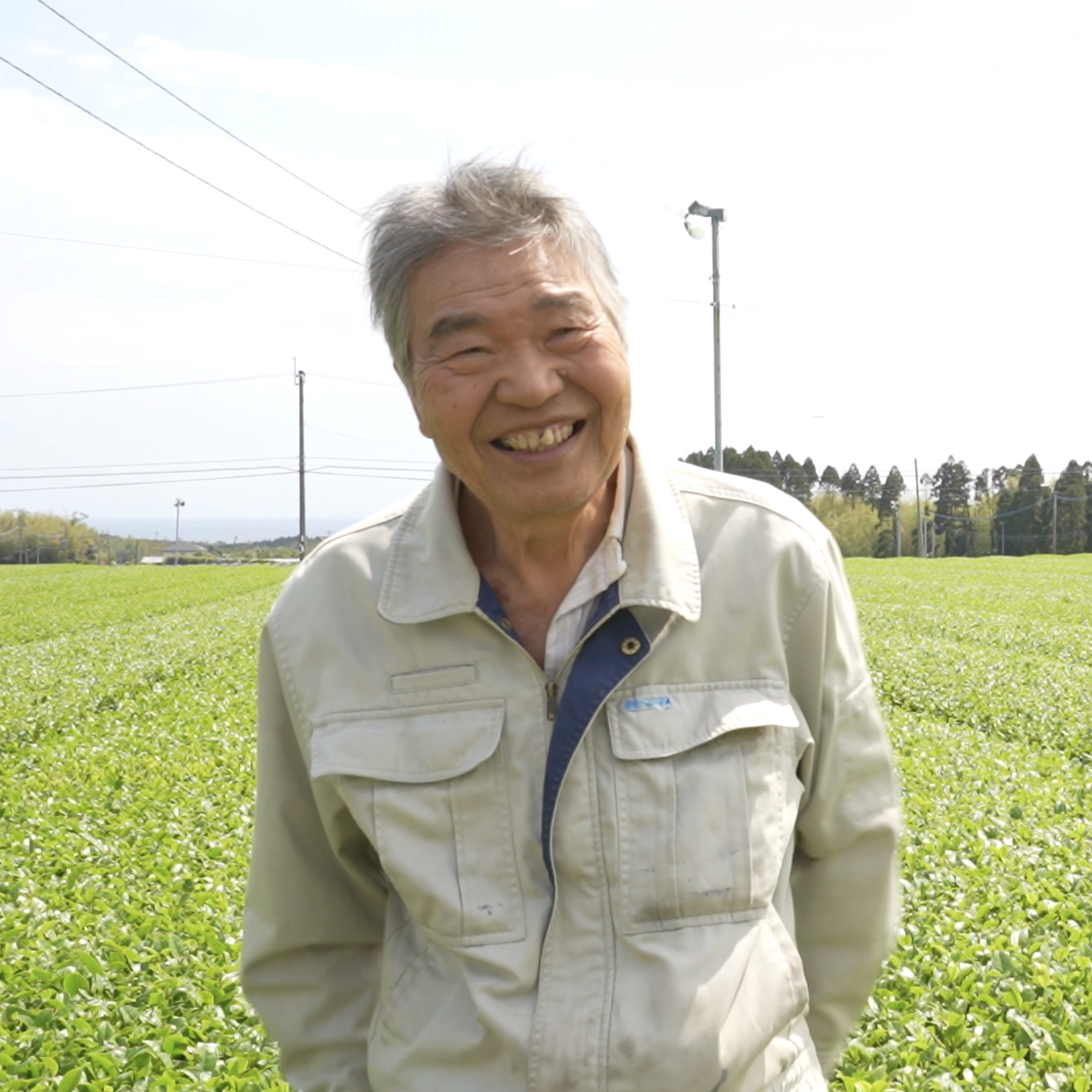 Nobuo Orita is the president of Oritaen, an organic tea farm in Chiran region of Kagoshima prefecture. It was established in 1965.

In 1973 Orita-san took over the leadership from his father and now manages about 40ha of land, where the tea is produced April to December. Having suffered health issues from the use of pesticides himself, Orita-san places strong emphasis on health, and, thus, focuses mainly on organic tea production. The first 10 years were really hard, because there was no concept of organic and no demand for it, but Orita-san didn’t give up and now his tea is appreciated in Japan and abroad.

Oritaen makes various kinds of teas including Matcha, Fumamushicha, Gemaicha, Hojicha, etc. Their tea is sold widely in Japan and they have also shipped to the USA, Taiwan, Hong Kong and Singapore.

More information about Oritaen is on their website (in Japanese). 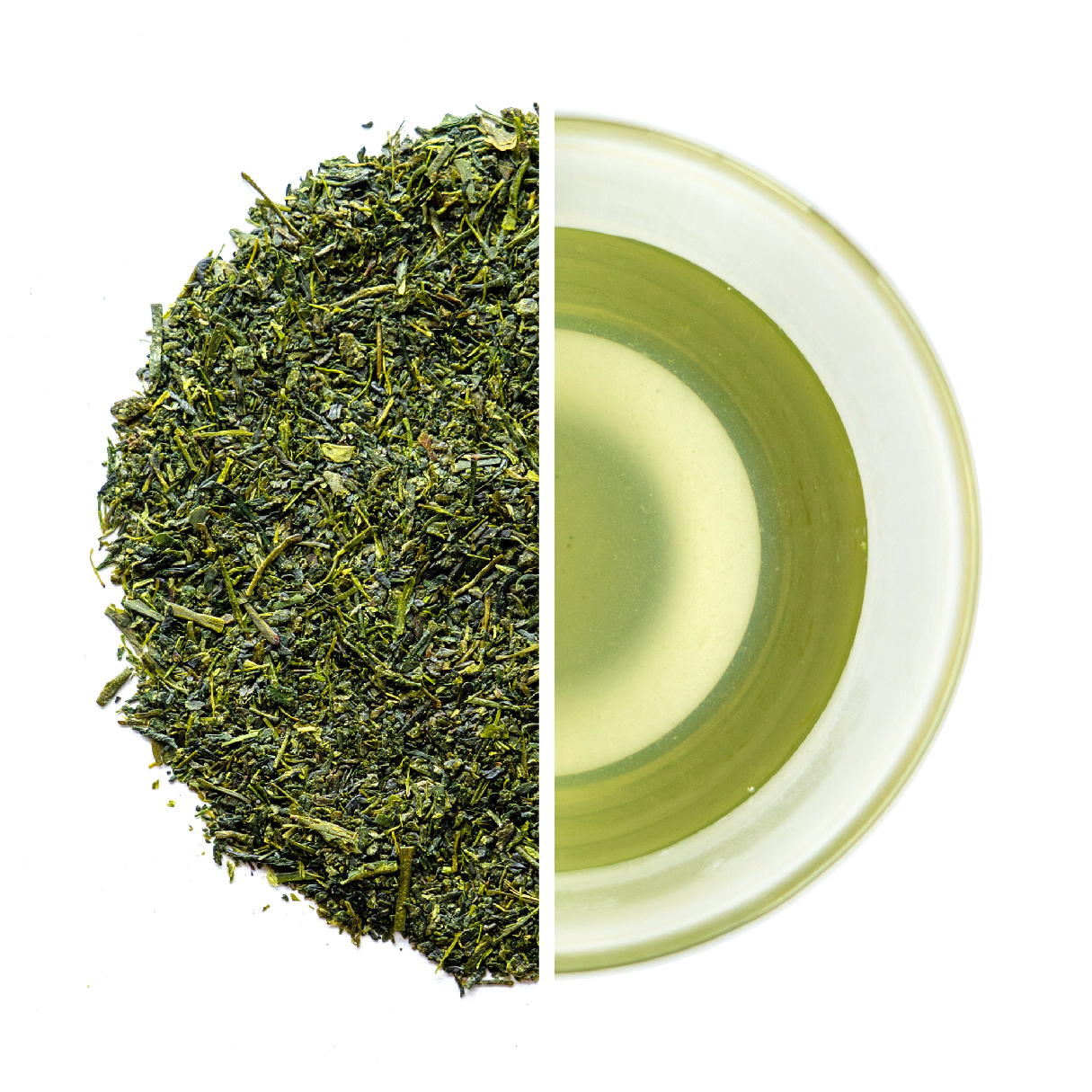 Organic Fukamushicha is one of the main teas produced by Oritaen. It is made from Okumidori cultivar and steamed for much longer than most Japanese teas - 120-180s using a belt steamer.

The brewing method recommended by Orita-san is to use 5g of tea with about 160ml of water at around 70°C and brew for 2-3min - a bit longer than expected for this kind of tea.

The brew results in a strong green color with some warm firing aroma. You can taste some nice umami, the bitterness is minimal. 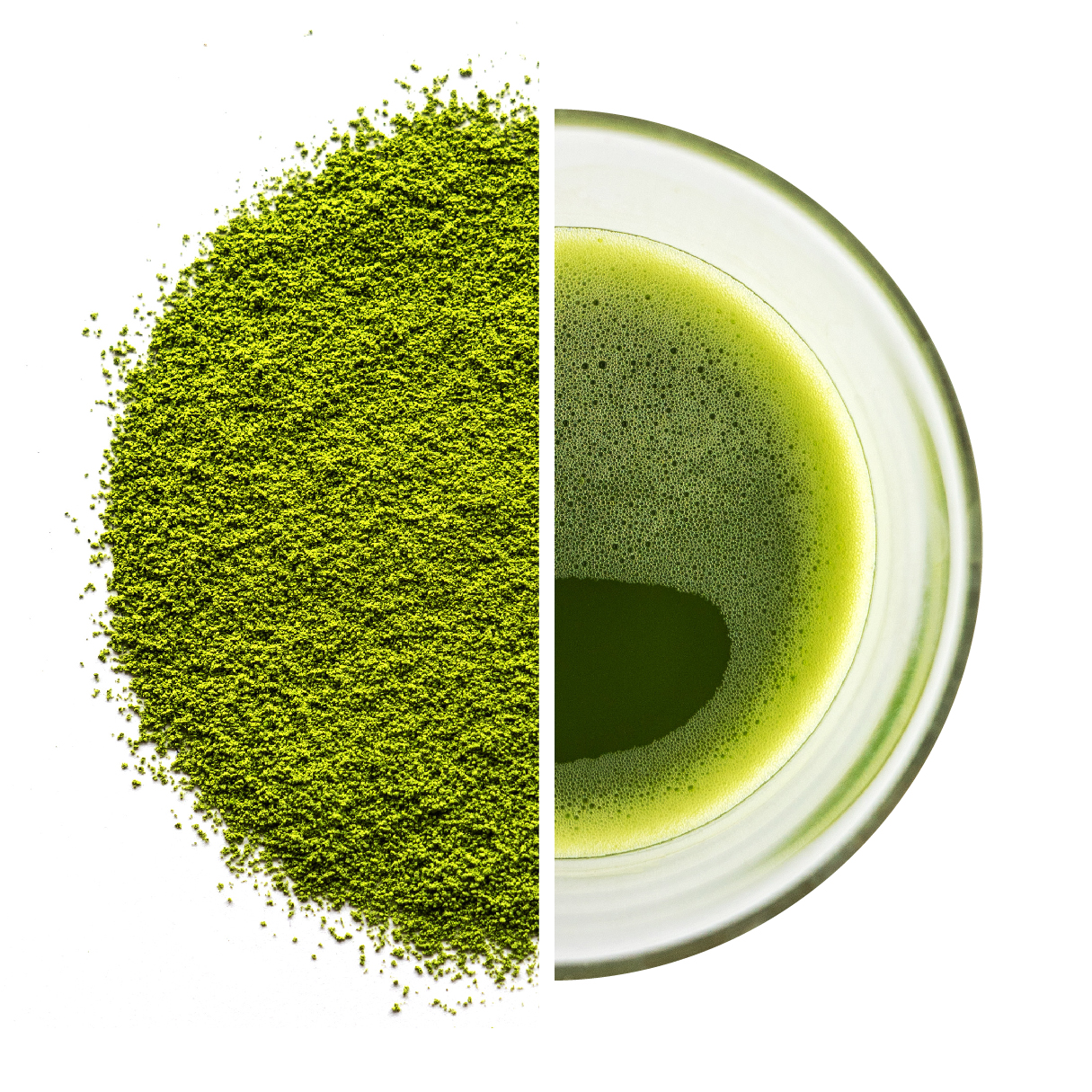 Organic Matcha has been in high demand recently and Oritaen is glad to produce it. The tea is made from Okumidori cultivar. Tea leaves are shaded for about 2-3 weeks before the harvest and are ground with a new type of ball-mill machine.

To make organic matcha mix 2g of tea powder with about 60ml of water and whisk with a chasen. That will give you a refreshing cup with some light astringency.

If you would like to try something different, Orita-san also recommends mixing his matcha with apple juice or orange juice, or adding a scoop of ice cream into the matcha bowl.