Located on the west side of Kyushu island, Fukuoka is said to be one of the oldest cities of Japan. Its close proximity to the Korean peninsula allowed the easy movement of people and made it into a bustling place. Even today, when the population is shrinking in most areas of Japan, the population in Fukuoka continues to grow.

Influenced by Korean and Chinese cuisines Fukuoka has also developed a unique food culture. Some local dishes like Hakata ramen and motsunabe have become widely popular across Japan. In addition to that, Fukuoka is among a few places, that has still kept the tradition of night food stalls - yatai.

Tea is said to have started in Fukuoka in 1191, when the Buddhist monk Eisai brought tea seeds from China and planted some of them on Sefuri Mountains (located on the border between Fukuoka and Saga). The tea production started to expand in 1423, when, after coming back from China, another monk - Shuzui, planted more tea seeds in the present day Kurogimachi area. Tea steaming method was brought here from Uji in 1831. And from the early 1900s Fukuoka started the trial of gyokuro production.

In 2020 Fukuoka took 6th place in Japanese tea production with 1600t of tea. Producing about 90% of Fukuoka’s tea, Yame city is the largest tea area in the prefecture, and Yame tea brand is widely known in Japan.

The main tea producing area is crossed with a river, that not only helps to make the soil more fertile, but also creates mists that wrap the tea leaves, creating natural sweetness.

The main tea made here is deep steamed sencha (fukamushicha). However, the region is also known for gyokuro, that in often is still shaded with natural straws and picked by hand. 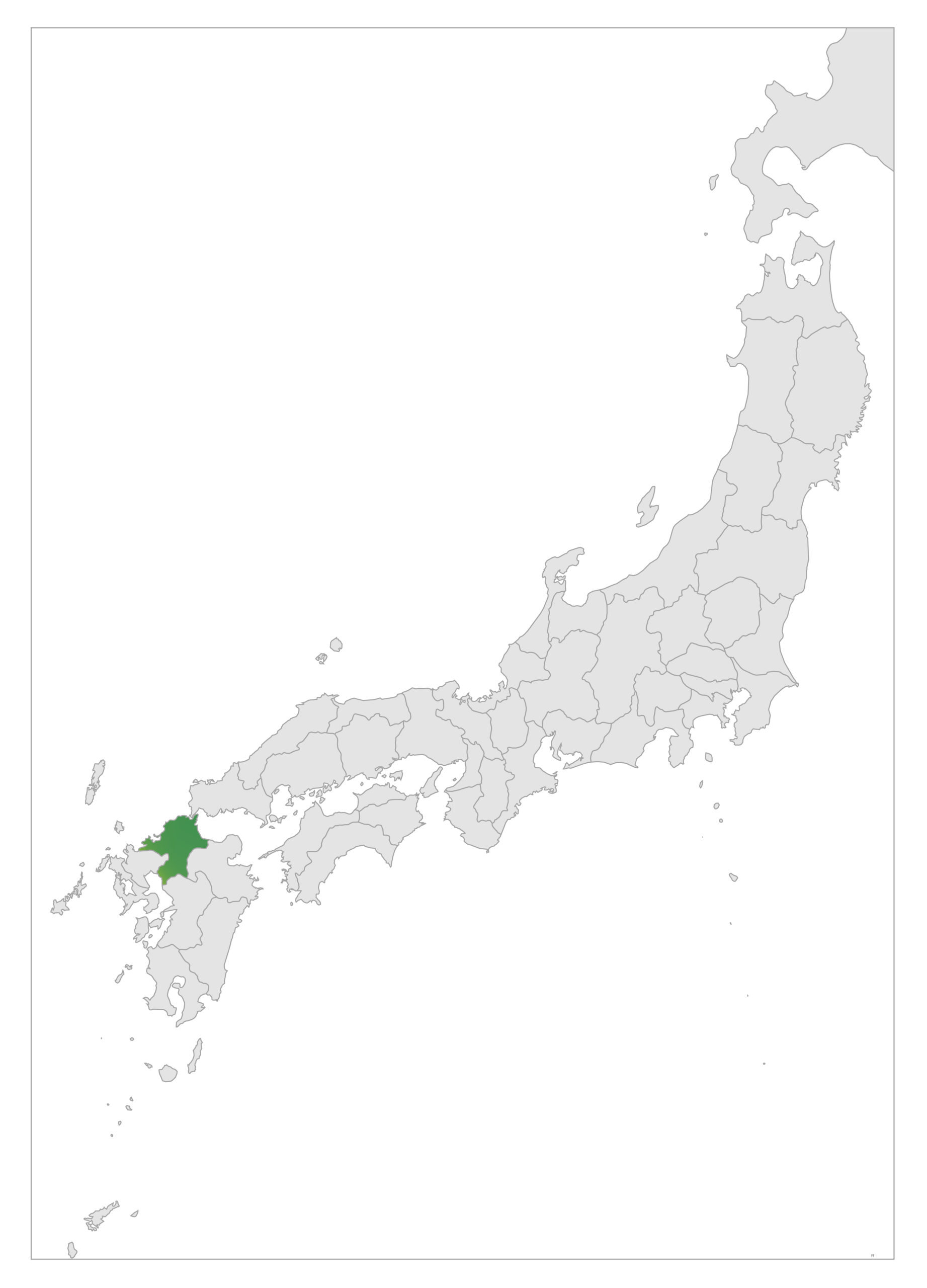 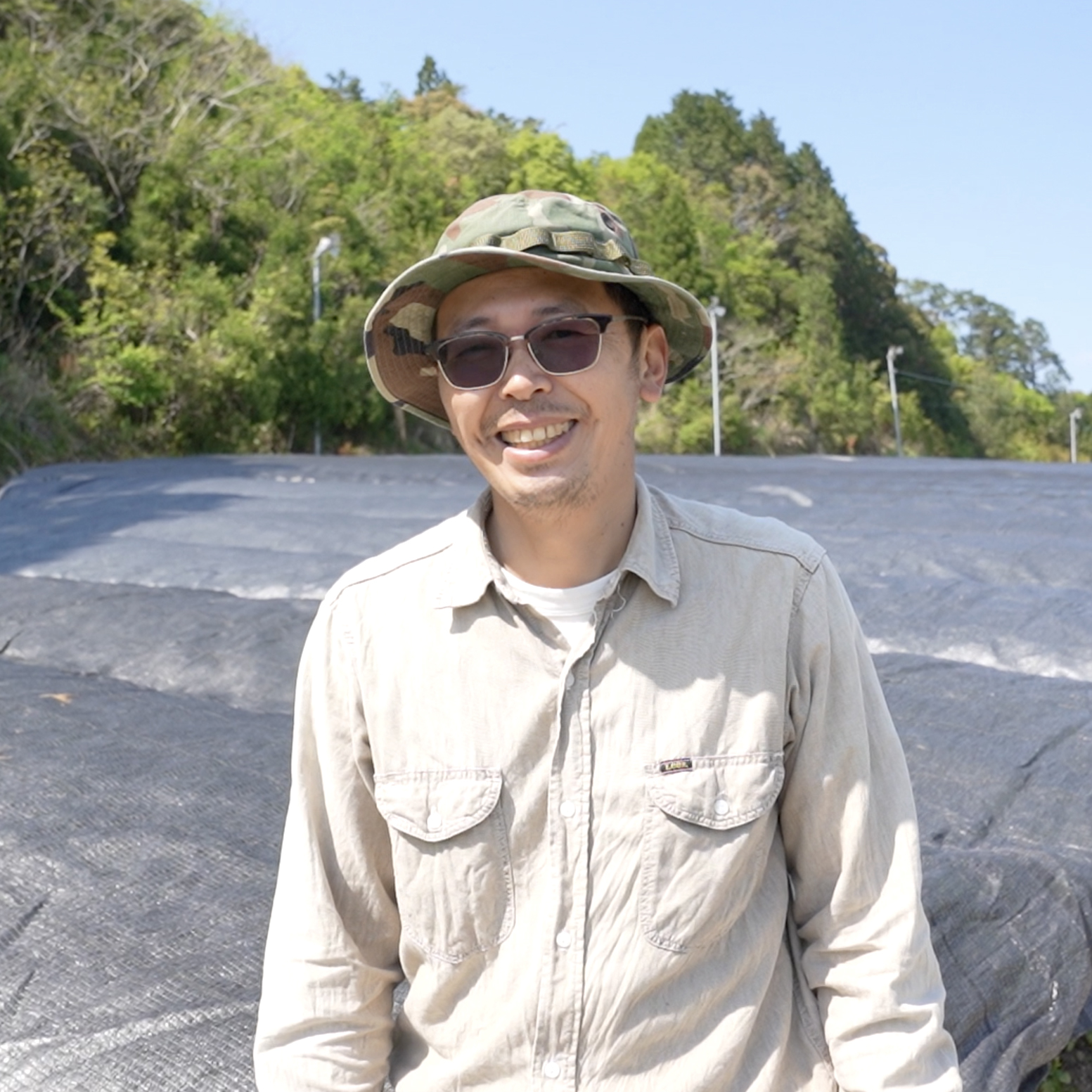 Masahiro Kuma is the president of YAME tea KUMAEN, a tea farm in the Yame region of Fukuoka prefecture.

The Kuma family has been making tea there for over 100 years. Currently they manage about 4.5ha of tea fields. A lot of their tea is shaded and a bit more deeply steamed.

YAME tea KUMAEN produces various kinds of teas including sencha, matcha, kukicha. Gyokuro, however, is their greatest pride. Even today it is still produced in the traditional way and it has received numerous awards in the Japanese national tea competition.

More about YAME tea KUMAEN on their website (in Japanese). 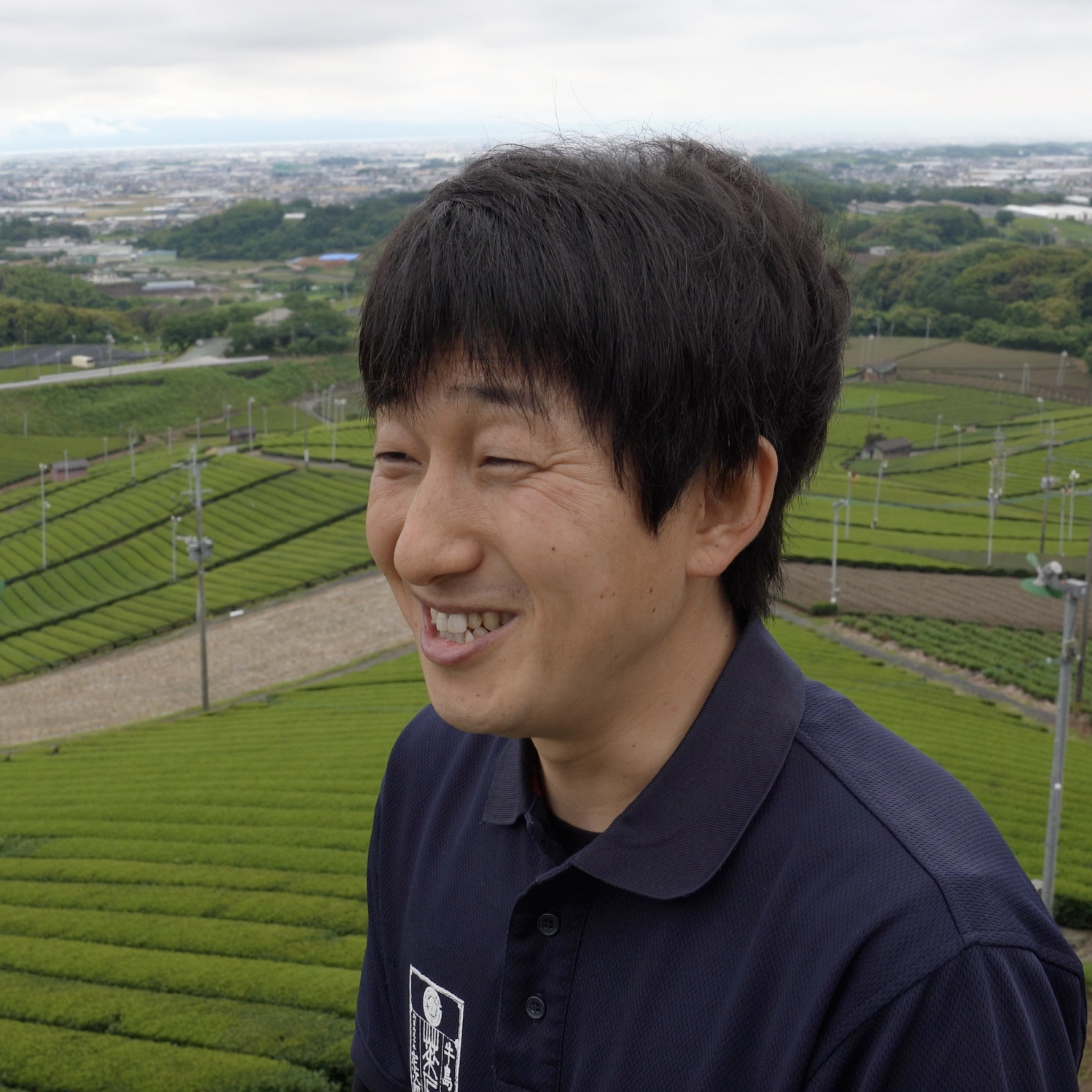 Keita Ushijima is the 4th generation tea producer and the president of the Ushijima Seicha - a tea farm and factory in the Yame region of Fukuoka.

The Ushijima family began tea production in 1921 and have already celebrated their 100 year anniversary! Ushijima-san’s great grandfather started tea production with kamairicha, but his grandfather switched to making sencha. His father, then, introduced the deep-steaming method in their factory and the whole region. Ushijima-san’s own focus is on tea appreciation itself.

Today Ushijima-san still manages about 3ha of tea fields as well as two factories: sencha and refining, where they process tea for other tea farmers too. In the meanwhile, though, they have also opened 4 cafes in Yame and further in Fukuoka.

More about Ushijima Seicha on their website (in Japanese). 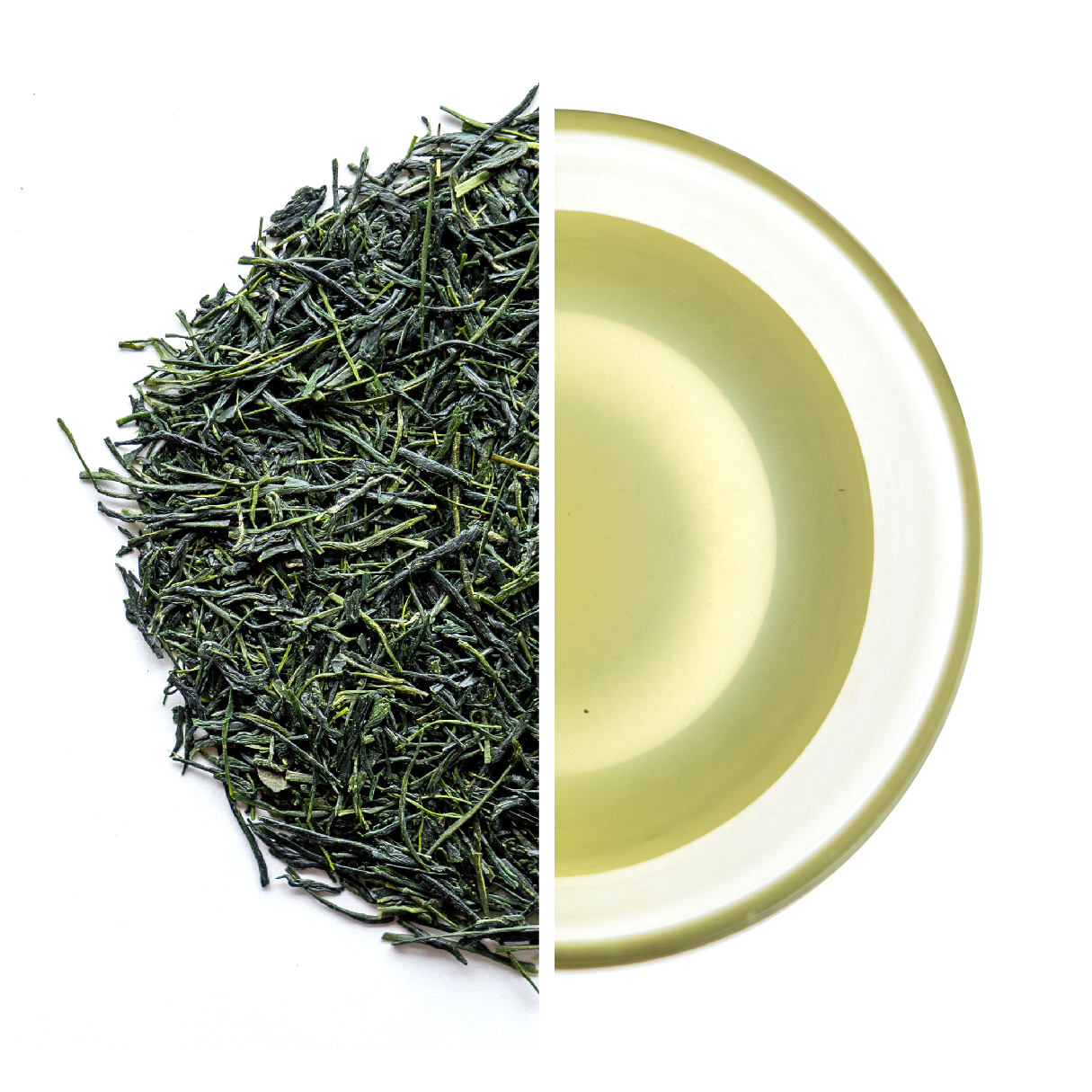 Gyokuro is the flagship tea of YAME tea KUMAEN. It is made the traditional way: shaded with natural dried reeds and hand-picked by 25-30 experienced pickers. It is only harvested in spring and then the tea bushes are left to rest until the next spring.

This gyokuro is made from Saemidori cultivar and is a little bit aged as it was produced last year.

The way to brew gyokuro, recommended by Kuma-san, is to use 3g of tea and brew it with about 30ml of water cooled down to 50°C. The steeping time is 2min. The resulting tea is super rich and very umami with some salty notes of the sea. 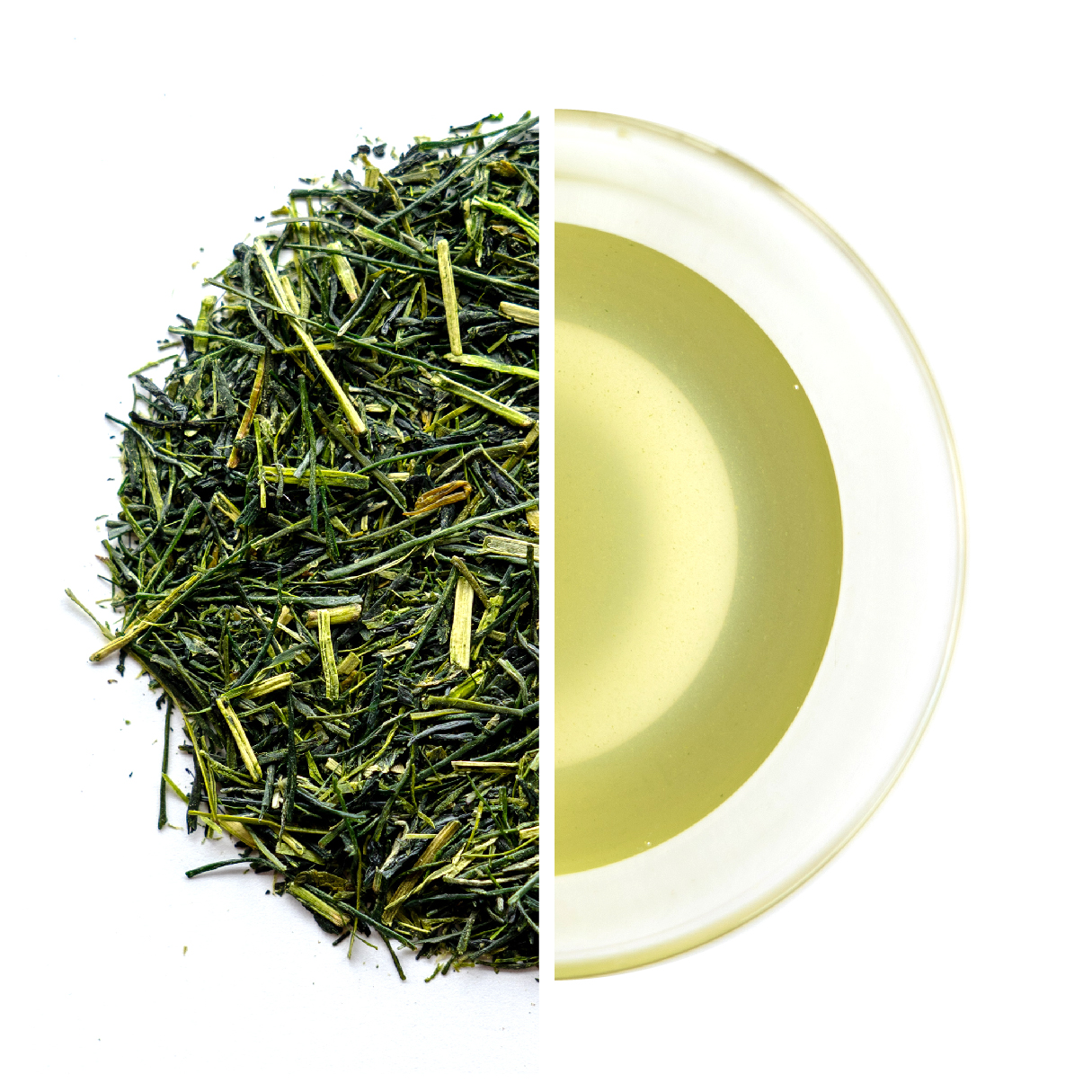 Kukicha is a stem tea that often results from gyokuro, sencha or matcha production. It is a wonderful tea that is lighter and sweeter, and relatively easy to brew. Ushijima-san also noted that in their region it is common to call this tea shiraore too.

The kukicha presented by Ushijima-san is made in spring and comes out during gyokuro production. The stems are really fine and tender. The colour is quite dark green.

When brewing gyokuro kukicha Ushijima-san recommends using 5g of tea with about 150ml of water cooled down to 70°C. And please wait for about 1min. You will then be able to enjoy a naturally sweet umami tea with some light roasty notes from firing.