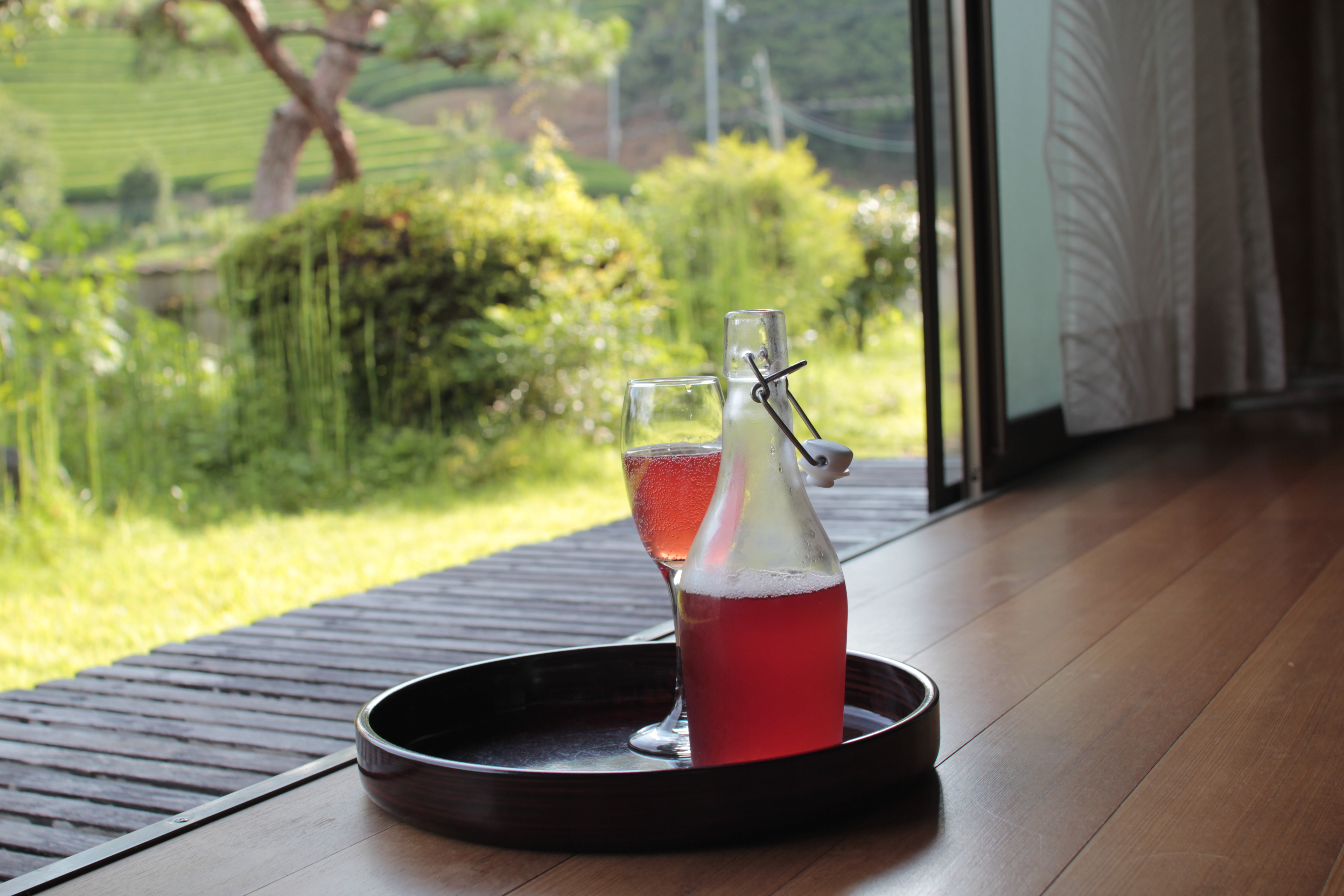 Kombucha is a fermented drink made from tea, whose origins are thought to be in north-eastern China sometime around 200 BC. Rich in probiotics, this drink has recently been seeing a boom in Western world thanks to its alleged good properties; it is made by adding tea with sugar or honey to a symbiotic culture of bacteria and yeast called SCOBY. To put it simple: the yeast will ferment the sugar and convert it into ethanol, which in turn is converted by the bacteria in contact with oxygen into acetic acid.

What we usually find in shops as bottled drinks are many different flavours obtained using second fermentation with fruits, herbs and spices – which is fun. But tea, despite being a main ingredient of this mighty beverage, it is often not given importance.

“Kombucha is still unknown for many people and even some people who drink it already don’t know that is made with tea. It is about time that everybody better know that kombucha is made with tea. “ – says Misako Kashima of Kobo Tea, our friend and mentor in kombucha. Because of her large experience in using high quality Japanese teas for making kombucha, we would like to share her story.

It was about 5 years ago when Misako tried for the first time kombucha, homemade from a friend of her. Surprised by the nice taste, liking the fact that was made using tea and a very healthy drink, she learnt how to make it.

After teaching yoga for many years in California, when she moved back to Japan three and a half years ago, she decided to settle in the countryside and in particular in Wazuka (Kyoto prefecture): “it would be nice to make kombucha surrounded by tea fields and using tea sourced directly from the local farmers”, she thought.

At the time Misako brought with her 7 SCOBY in her suitcase. By now she has hundreds – in different jars – and she always makes at the same time 5 to 7 jars of different kombucha, using mainly teas from Wazuka farmers (and sometimes from Nara).

Even though Misako does also second fermentation with fruits and herbs trying many different flavours (impressively even with Japanese herb “shiso”!), she assures that, when preparing straight kombucha, you can definitely tell which tea type had been used according to the colour, taste and aroma the drink has. Maybe it would take the huge experience of Misako with Japanese teas to spot it but there’s even difference when using senchas from different tea farmers despite being from the same season and varietal!

But let’s not forget that natural environment and weather also play an important role on the outcome. A bit like tea itself! To our question of which tea type is her favourite for making kombucha, Misako replied:“My preference of kombucha changes with the seasons, same as my preference for traditional tea. In summer time I like the kombucha made with sencha, then in fall the one made with bancha or oolong. In winter, I like the one made with black tea. Even in a same day, morning and night, I like different kombucha. Since Japan has more seasons than California, the taste of kombucha is maybe synchronised with tea’s natural growing cycle. For example, kombucha made with sencha has still that crispness that sencha has got, while kombucha made with roasted green tea has hints of its particular roast aroma.”

Misako not only organizes kombucha workshops and gatherings at the beautiful traditional house where she lives but also “Yoga and Zen” activities; moreover she provides kombucha to three different cafés in Japan: Wazuka Cha Café (in Wazuka town), Kyoto Beer Lab (in Kyoto) and Onwa (in Nara).
If you are visiting Japan, don’t miss one of her gatherings! You can contact her through her webpage or facebook.

“I think the best part of making kombucha is becoming aware of how organic matter grows in nature and also making connections with people around the world through this drink. Since kombucha exsists as a fermented drink from ancient times in a world where tea grows, it is pretty interesting to introduce and educate people about this fascinating tea beverage. As many people know, tea is very good for both body and mind. I would like to let people know more about tea’s healing aspect, especially connected with Zen (as tea was brought into Japan from China as a medicinal drink by a zen monk ). I hope that through my events of “Yoga and Zen” people can appreciate a whole tea culture. If you like tea, please try kombucha! It’s tea family.”

Written by Anna Poian based on the interview to Misako Kashima
Photo credit: Cathy Ana Reyes

6 thoughts on “Kombucha with Japanese tea”