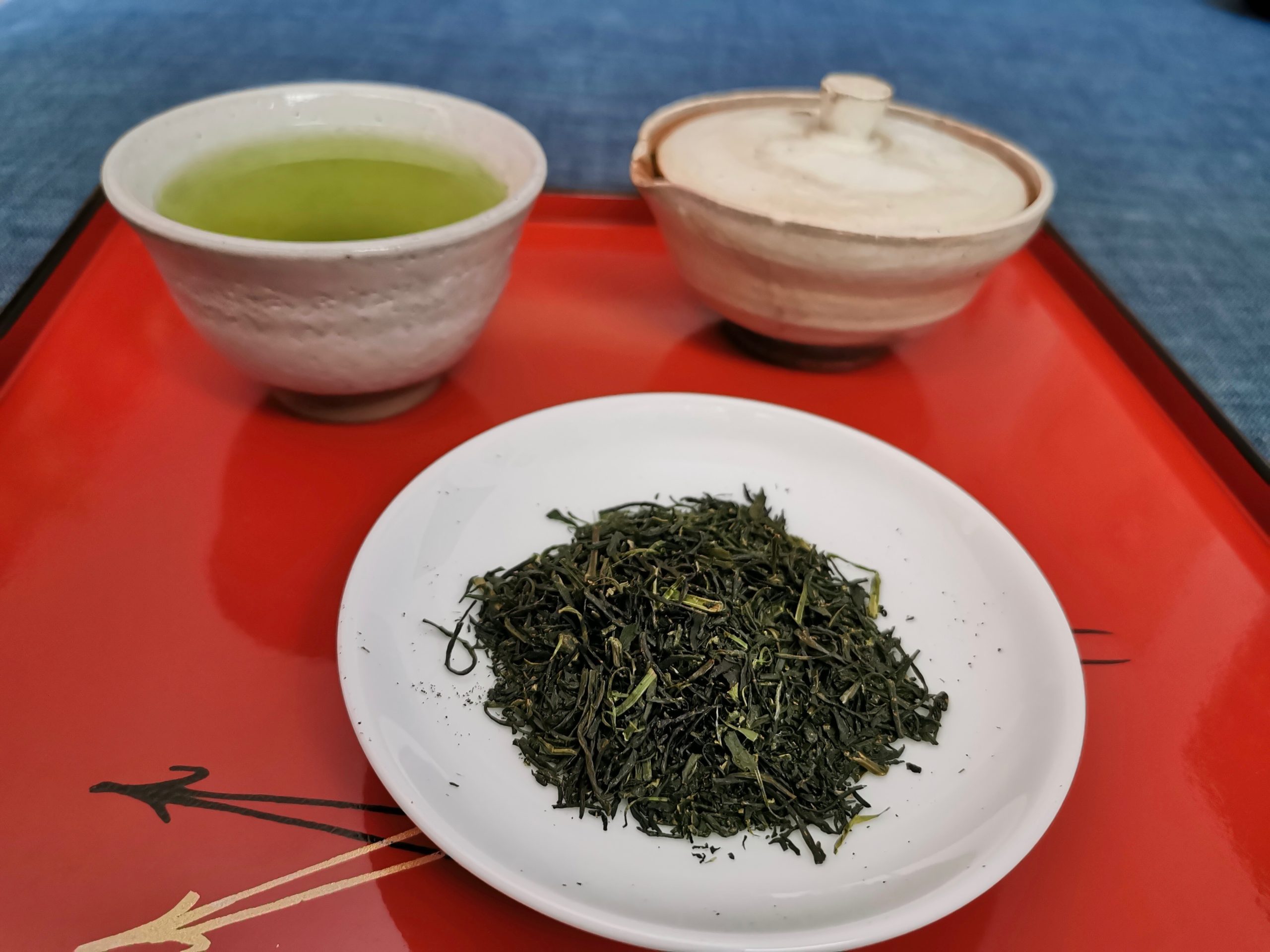 After last month’s article about kamairicha (釜炒り茶) and last week’s Meet the Tea Farmer Event, we thought it would be good to write this time about Tamaryokucha (玉緑茶)! Tamaryokucha literally means curly or coiled tea and very often there is a bit of confusion with kamairicha. Let’s shed some light!

The term “tamaryokucha” officially includes two types of Japanese green teas: kama-iri sei tamaryoku-cha 釜炒り製玉緑茶 (commonly called kama-iri cha) and mushi-sei tamaryoku-cha 蒸し製玉緑茶. When we only say ‘tamaryokucha’ we usually refer to the second one, the tea leaf oxidation of which is stopped by steaming – like almost all Japanese green teas. After stopping oxidation, the next processing step for tamaryokucha is rolling. The leaves go through different rolling machines, but there is no straightening of the leaves – that is why the result is more coiled shaped tiny leaves.

We can say that tamaryokucha is a rare Japanese tea: steamed type and pan-fired type combined account for only about 3% of Japanese tea production (most of it is the steamed one). The production also is not so spread out around the country. In fact, it is mainly concentrated in Kyushu and Saga Prefecture in particular, but we can also find some in the region of Izu in Shizuoka.

If you would like to see some footage of how tamaryokucha is processed, have a look at the Japanese Tea Marathon playlist on our YouTube channel. The day in Nagasaki and another day in Saga prefectures, both feature some tamaryokucha!