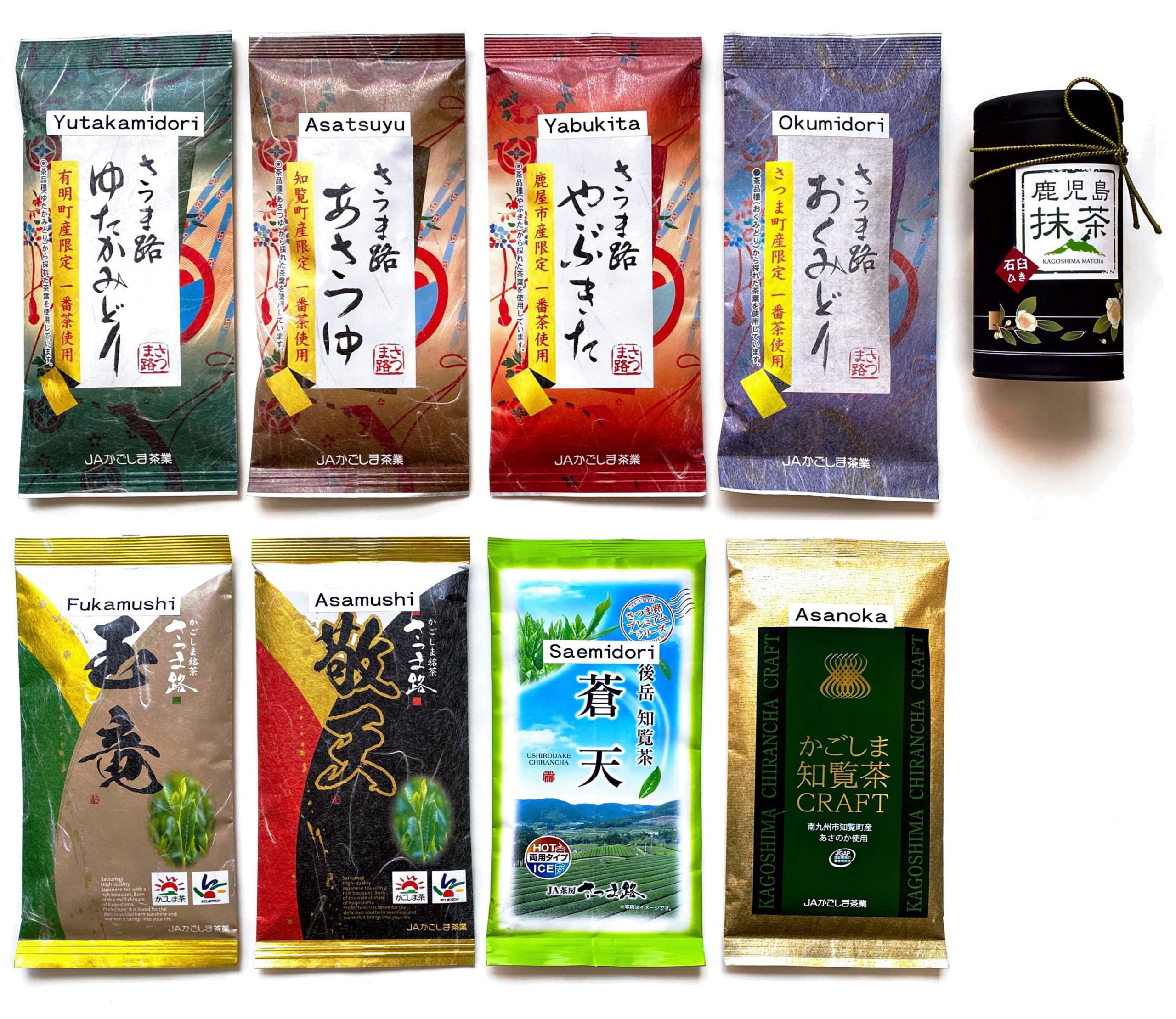 A couple of months ago, the Kagoshima Tea Industry Assembly organised a project to promote Kagoshima tea around the world. A selection of 8 loose leaf green teas and 1 matcha was sent for free to the participants.
As our Tea Fellow Maurice Zacher joined the program, he shared with us more in detail about it.

Thanks to its climate and latitude, Kagoshima is one of the first areas to start spring harvest every year. In terms of production, it is the second largest tea production region in Japan, after Shizuoka. This prefecture produces 30% of all the tea in Japan – and it has been growing every year. Moreover, it is the largest producer of organic tea in the country. Another important difference in Kagoshima tea cultivation is that a wider variety of cultivars is used. While the average in the rest of the country is Yabukita, in Kagoshima we can find a variegated percentages of Okumidori, Saemidori, Asatsuyu, Yutakamidori and Asanoka (and smaller percentages of others!).

Now let’s look in detail at the teas sent as samples. Among the loose leaf teas, there were:

Maurice enjoyed all of the teas. But in particular, the Okumidori, the Asamushi and the Matcha were his favourites.

The matcha “Kagoshima Matcha” was quite special. It won the “Superior Taste Award 2019” of the International Taste Institute in Brussels. It had an extreme vivid green color – both the powder and after being mixed with water. With a very mild taste and no bitterness at all, it was very pleasant to drink.

Additionally, the teas came with some information on how to brew them and how to enjoy them best.

Thank you, Kagoshima Tea Industry Assembly for giving this beautiful opportunity to tea lovers to enjoy different aspects of Kagoshima teas! And thank you Maurice for sharing your experience with us!

* All photos were taken by Maurice Zacher.