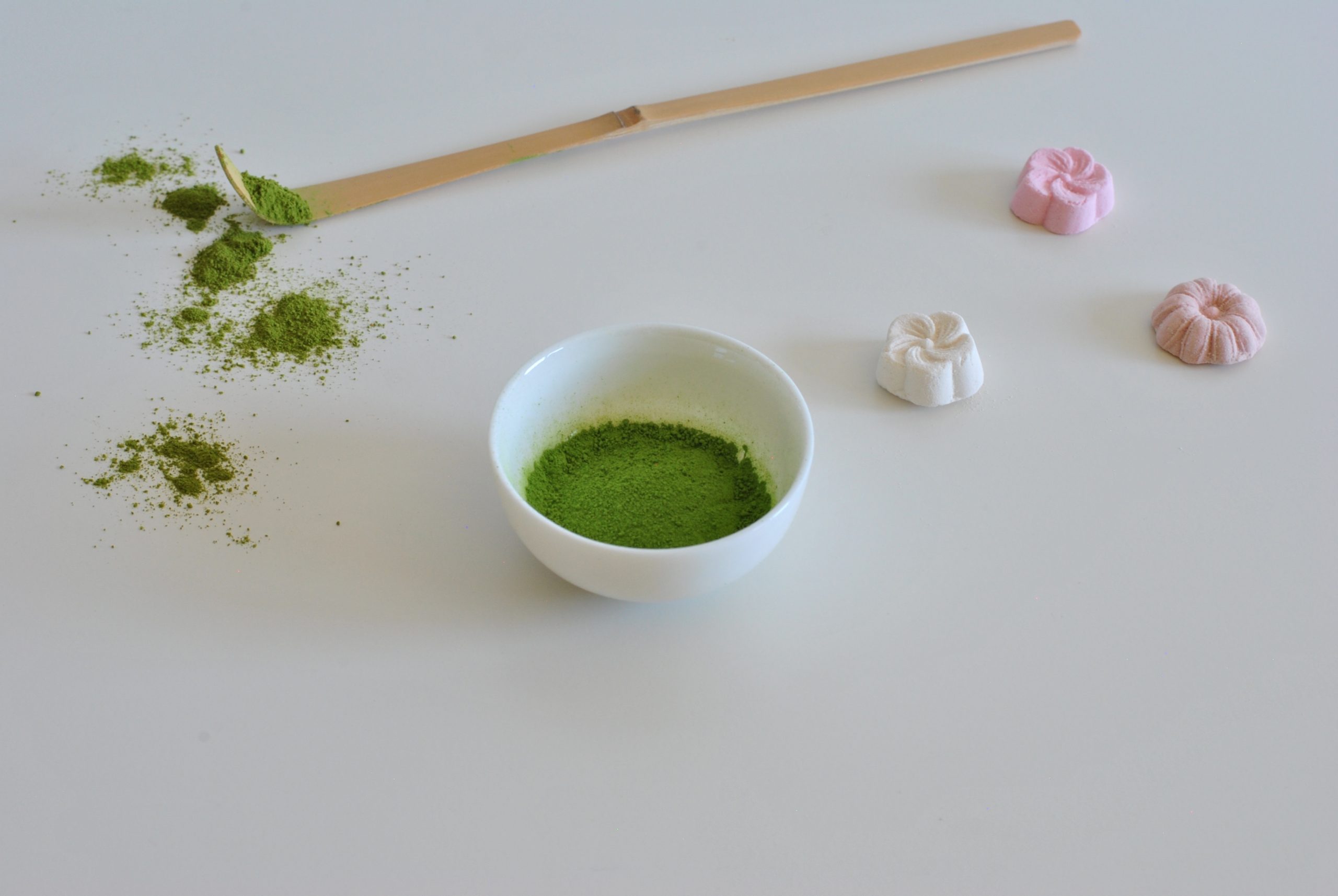 Matcha (抹茶) is one of the most traditional teas in Japan and it has even evolved into a way of life. For the past few years we have seen matcha booming all around the world. The catchy bright green colour, the different ways it can be used, the so much mentioned health benefits, its very peculiar flavour spectrum, the link to such a distinct Japanese tradition – chado… Matcha has become famous for lots of things and spread to different fields. So much so, that is almost hard to talk about it in a single article.

What really is matcha? Where does it come from and how is it produced? What is true true or false about it? How can we be sure that what we buy is the real thing? How did it become the center of such a complex and beautiful Japanese tradition as chado? How can it be prepared? We will try to summarize the answers to all those questions and the different aspects of this tea in a series of articles. Today, let’s start with the basics.

What is matcha? Matcha is a green tea that, like the most of other Japanese teas, is made from Camellia Sinensis plant, v. Sinensis. Compared to other teas, we can say that matcha has 3 different peculiarities. First is the cultivation method. Second, is its processing. Third, is its form, and consequently its preparation method.

It is know, that tea was introduced to Japan from China, and it is often said that matcha had its origin in China, because tea at that time was drank in a powdered form. In reality, when tea arrived to Japan, it was not the same as matcha today. The tea cultivation of that time left tea leaves entirely exposed to the sun. It was only around the end of 1400s that tea farmers in Uji prefecture started to cover the tea plants some time before the harvest. Doing this they would protect the new spring shoots from frost, but also recreate similar sun/shadow conditions to the ones that tea naturally had at Togano’o temple in Kyoto, where the plants were surrounded by forest. Not long after they realised that the leaves would grow more but still be tender, with a very deep green colour and.. a different flavour! Why does this happen?

When tea plants receive less sunlight, tea leaves produce a higher amount of chlorophyl and keep more of one particular amino acid, called theanine. When theanine is exposed to the sun, it turns into catechins – which are important antioxidants, but also have a bitter and astringent taste. Instead, theanine is sweet, vegetal, umami: and this is what gives matcha its characteristic flavour profile. The plants are covered for 4 weeks before harvest. In the old days, the coverings were made entirely with natural materials, using a structure of bamboo, covered with dry reeds and straw. Nowadays, this is very rare to see; and metal structures with synthetic fabrics are used more often.

After being plucked, the tea leaves are very shortly steamed to stop the oxidation (the same way as in sencha production, but for a shorter amount of time). From here, the process changes compared to other green teas – there is no rolling. After steaming, the leaves are directly dried in a few different steps. First the leaves go through vertical nets with the air blown from underneath. This helps to reduce the surface moisture gained from steaming. The leaves then go through special furnaces that dry them completely with just about 5% moisture remaining inside. Following that, the leaves are sorted: stems and veins of the leaves are removed, the rest is cut in small pieces. This is done so that later tea leaves can be easily ground to matcha powder. The final step of processing is one last drying. After this process, the tea that we now have is called Tencha (碾茶).

Then what is matcha? Matcha is essentially the tencha only once it is ground to powder – only then can it be called matcha. How is this done? Until about 1900s, it was only tencha material that was being sold: every person would grind the leaves into matcha themselves, just before drinking the tea. With time – and electricity – stone mills got mechanized, and just before WWII matcha started to be sold in its powdered form in Uji region. A matcha mill has usually a diameter of around 30 cm and can grind about 40 grams of tea per hour. This is because the speed must be constant and not too fast, otherwise the tea could be spoilt. At this slower speed the mill warms up but not too much: around 50ºC, right enough to “finish” the flavour of the tea with the little heat. The particles of the powder must be very fine. Because of its form, matcha is not drank as any other loose leaf tea. It needs to be dissolved in water and to do that, the powder is whisked into a bowl with hot water until we get a silky drink full of umami and energy. But we will talk matcha preparation in detail in another article. Stay tuned for more matcha info!