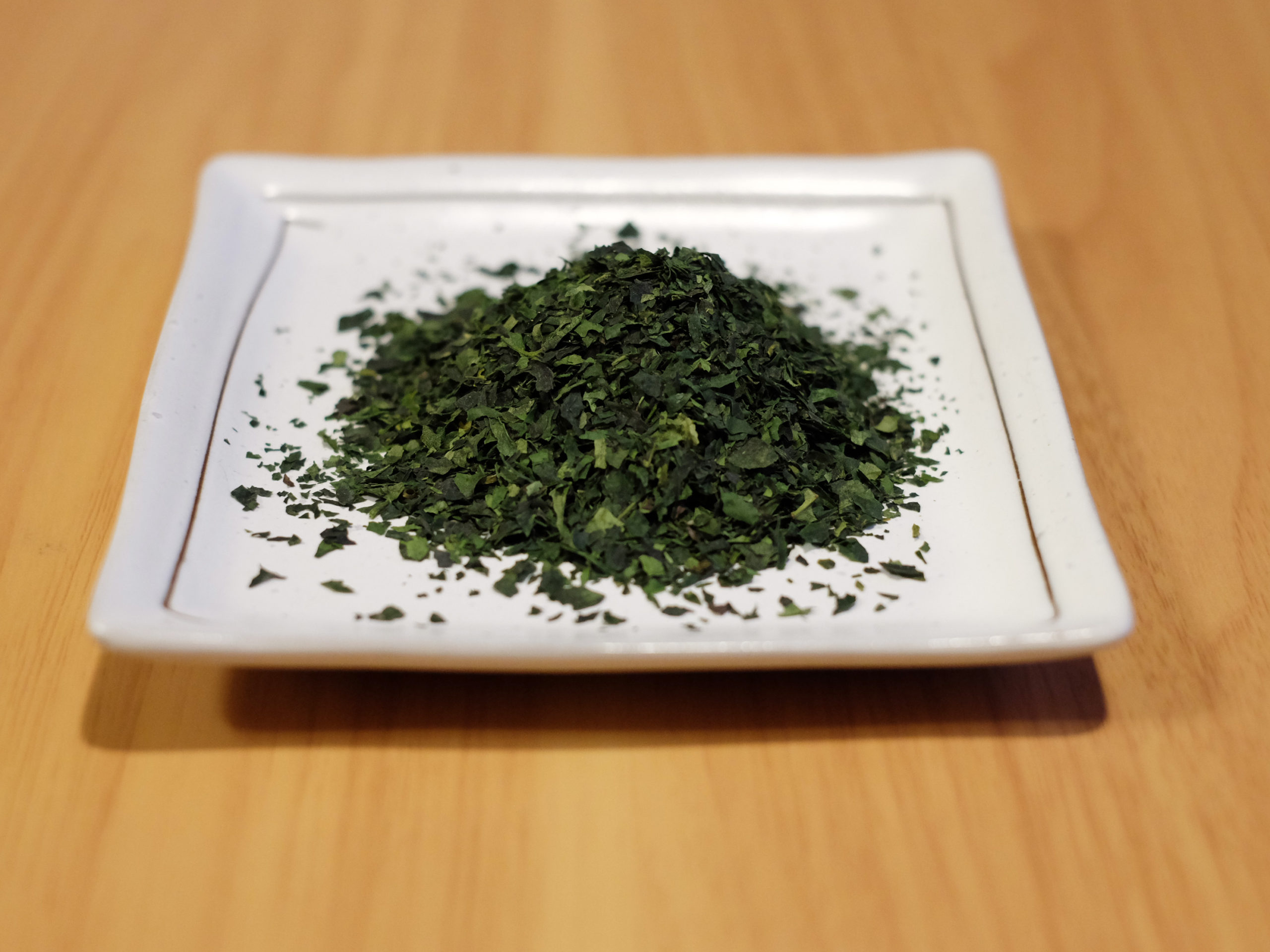 Many of us are happy Matcha drinkers. But does everyone know how it comes about? Tencha holds the secret.

What exactly is Tencha, you may ask. To put it simply, Tencha is the processed tea leaves, intended to become the precious green powder – Matcha. This meaning can be seen directly in the Japanese characters of Tencha (碾茶), that translated literally would mean ‘tea for grinding’. It is no surprise, hence, that in Japan Tencha is usually not seen as a tea suitable for drinking, but a material that has to go through another process – grinding, to be ready for consumption.

The production of Tencha is quite different from other teas. First of all, to create a rich umami taste, the tea leaves for Tencha have to be shaded for a fairly long time – often about 4 weeks. In the past shading was created with dry reeds and straws. With the development of new technologies and materials, now synthetic shading is more common.

Tea leaves for the highest grade Tencha are normally harvested at the end of spring season (end of May / beginning of June), but it can also be produced in later seasons, for example in summer (around the beginning of July).

Once harvested the tea leaves go through a short steaming to stop the oxidation. Steaming adds extra moisture on the surface of the tea leaves that needs to be removed to make sure tea leaves do not clamp together. That is done by blowing air in the tall corridors – it creates a beautiful image of tea leaves dancing in the air.

Once the surface of the tea leaves is somewhat dry, they peacefully fall onto the rotating belt, which takes them into a heated furnace to dry the inner moisture. It takes several rotations on the conveyor belt through the furnace until the moisture is reduced to about 5%. And now we have Aracha – the crude form of Tencha.

Tencha will usually be refined further by separating stems and veins from the leaves and cutting the leaves into smaller pieces (that makes it easier to grind).

In the past it was common to store Tencha for about half a year, to allow the flavors inside the leaf to mellow and round, before it would be ground to powder. There is even a special tea ceremony for the occasion of opening the first jar of Tencha – Kuchikiri Chaji. Even today many tea producers continue the tradition of keeping Tencha safely for several months before grinding.

Because the usual way of consuming Japanese teas is on a decline, tea producers are often looking for new innovative ways to prepare the tea. And look at it, some of them have realised that Tencha could also be a tea people brew for drinking. After all, the brew of Tencha is often used in professional evaluation for judging the quality of Matcha, that would result from it. Some tea producers take experimenting even further, and create some more unique products such as roasted Tencha or Tencha infused gin.

Now if you would like to make a cup of Tencha at home you to have to bear in mind, that unlike other Japanese green teas Tencha is not rolled in the processing, and so its infusion is naturally lighter. In comparison to other high grade Japanese teas, to have a stronger brew you would have to use more tea leaves, brew at a higher temperature, brew for a longer time or all of the above.

Here is our recommendation: brew about 8g of Tencha with 200ml of water at 80°C for about 2min. and you should have a rather unique cup of tea.

We hope you will enjoy it!

One thought on “Tencha (碾茶)”