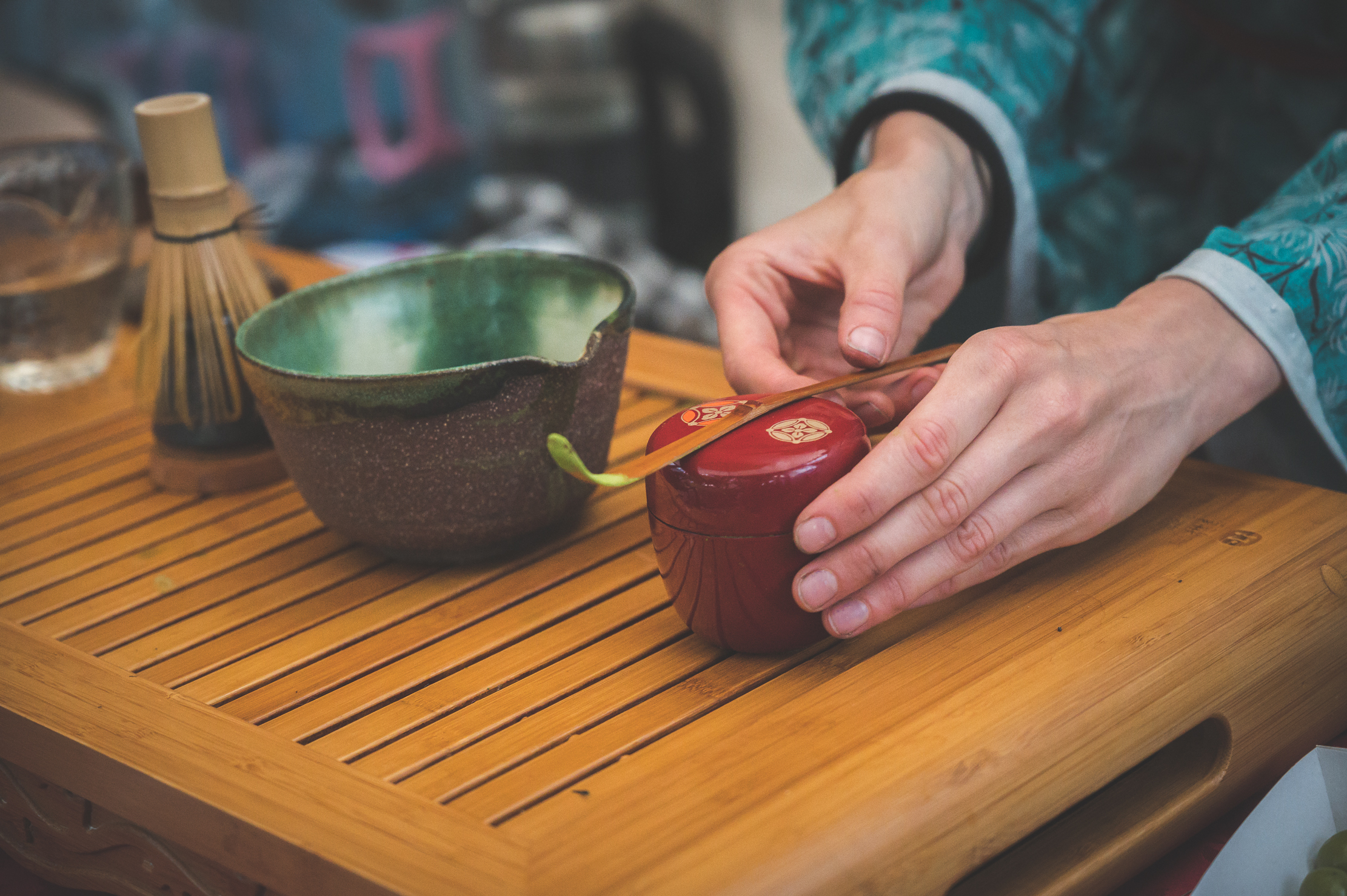 Prague Tea Festival has become well known among tea lovers in Europe – we too have written before about it. This year’s edition, Cajomir Fest 2022, took place on the 20th and 21st of August. Despite the weather’s tricks seeing heavy rains on the first day and a bright sun on the second, many tea lovers attended the events and much tea was shared.Among the many stalls at the festival, Japanese tea was much present! Let’s have a look!

Cesta čaje, prepared two teas: an organic matcha of Okumidori cultivar, by Morimoto tea farm; and an oolong from Kagoshima of Benifuuki cultivar.

Rishe tea, prepari three different teas. A gyokuro by Sakamoto tea farm in Kagoshima, blend of Saemidori, Yabukita, and Okumidori cultivars. A Yamabuki Nadeshiko, which is an organic post fermented tea by Natsumi Osada. And an organic matcha by Shuchiro Sakamoto, again from Kagoshima.

We see some know faces among the tea stalls as well: our friends from Nari Tea! They brewed a very special “white leaf” tea, a shaded sencha from the very rare Hakusei cultivar, that is grown and produced by Takaki Farm in Fukuoka.

But this is not all, folks. Some of our Tea Fellow members also went to Cajomir and share lots of tea moments together! Marjolein from The Netherlands, Seth from the USA and Sofie from Belgium. So nice to see this happening!

*Photo credit and all information, unless specified otherwise: Peter Borovicka, tea lover and tea photographer based in the Czech Republic. He kindly shared some photos and information from this year’s festival with us.