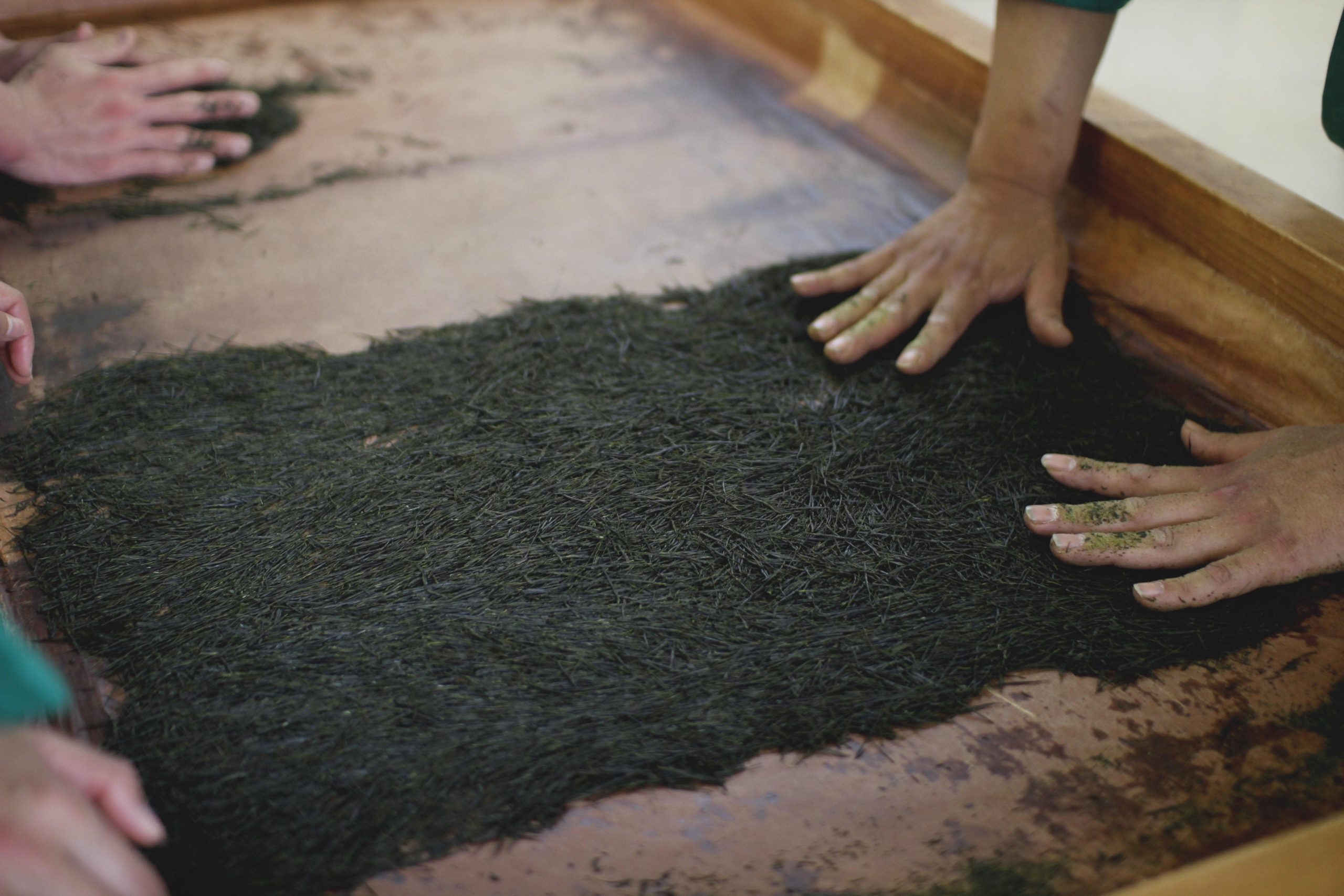 In our previous articles on Japanese tea kinds, we often talked about seasonal types of tea and even teas that are considered more rare in Japan. This time we are going to write about quite the opposite: the most common and widespread tea produced (and still consumed) in Japan – sencha! Let’s see more in detail.

Sencha is a type of green tea, characteristic from Japan, that is visually recognisable because of the finished tea’s shape that resembles the fine and thin needles of a pine tree. It can be made either from shaded or unshaded tea leaves. The differentiation of this tea starts from the harvest, as usually only the bud and the first two leaves of the tea plant are picked to make sencha tea. The most appreciated one is from first harvest (what you might have heard to be called Shincha); but many farmers also produce sencha from second (summer) and third (autumn) harvest. Then, right after being plucked, the leaves go through a steaming process that stops the oxidation of the leaves, that is also common to other Japanese green teas.

After cooling the leaves out of the steaming process, here is what defines a sencha in the production: the rolling of the leaves. Despite being the most common tea in Japan, the method of sencha production is relatively recent compared to the introduction of tea into the country. In fact, it is in 1738 that a tea manifacturer of Uji town, Nagatani Soen, invented the method of rolling the leaves. Until that time, tea was produced for grinding rather than drinking on loose leaves. The kneading and rolling of the tea leaves causes the cell walls of the leaves to be broken (while the actual leaves remain intact!) and this will contribute to release flavour at the time of brewing the tea. Moreover, moisture is slowly being taken out of the fresh leaves.

Different stages of rolling the tea leaves from rough to more fine (also depending if the process is made manually or by machine) contribute to release more moisture and shape the tea into exquisite needles. The final stage is that of drying the tea – at this point most of the humidity in the leaves is out.

While the whole sencha processing used to be made by hand, already in 1896 Kenzo Takabayashi invented the first rolling machine. Since then, the practice of processing the tea by machine has become more and more widespread until nowadays, where the most of the sencha production is machine-made. This is due to high labour cost and time consuming of a hand-crafted sencha versus a machine-made. Although there are some points to remark about this.

One could think that hand-crafted tea quality is the best, but machines have evolved to a very high standard of precision. A machine processed sencha can be very refined if the producer knows well what to do and how to control best the timing and the intensity of the rolling phases.

The other is that Japan keeps alive the tradition of making sencha by hand (Temomi – 手もみ) by having local Tea Hand-Rolling Preservation Associations. Many tea producing towns have their own and the members gathers year round to practice tea-making and to prepare for the National Tournament that is held once a year. Some tea towns as Wazuka, for example, also make some temomi sencha with spring tea for the first auction of the season. However this is produced in small quantity and, being something so rare, usually reaches very high prices!

It has been said and observed that, with matcha and other teas increasing in popularity, sencha production has been decreasing. Despite that, sencha still makes up the 54% of the total production of tea of the country, being even now the most produced in Japan!