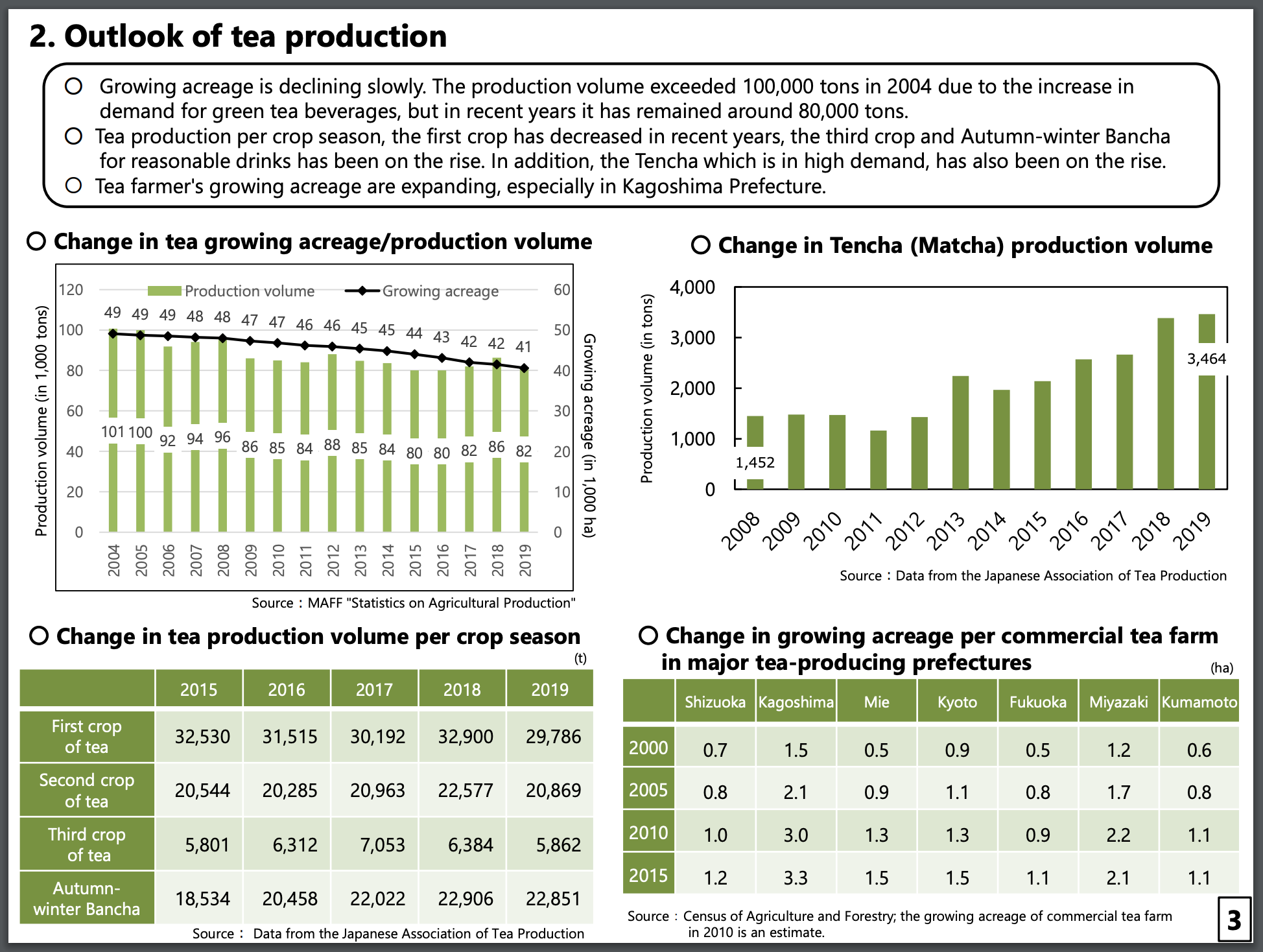 For the last few years the Japanese Ministry of Agriculture, Forestry and Fisheries has been publishing reports about the Japanese tea situation. The reports normally include the overview of production, demand & consumption, import & export, etc. Most of these reports are only available in Japanese. A few exceptions were a report published in May 2017 and the most recent one in December 2020, that were released in English. Highlights of the most recent report are below.

Looking at the Japanese tea demand domestically the demand for loose leaf tea has been continuously decreasing since 2003. The demand for tea beverage products, on the other hand, has been growing. However the tea used for beverage products is normally lower in grade. This together with the decrease in the loose leaf tea demand is reflected in the steep decrease of the tea price between 2003 – 2019.

The decrease in the tea demand and in tea price correlates with the decrease in the tea producer population. Between 2000-2015 the number of commercial tea producing households decreased by 62%, from 53,687 in 2000 to 20,144 in 2015. The average area of a tea farm, however, is increasing. Those, who continue tea farming, face pressure to inherit the farmland from those who quit tea farming. Another pressure is the aging tea farmer population as well as the increasing age of the tea bushes. More than half (or about 56%) of the tea farmers are aged 65 years or older. 37% of tea farm land has tea bushes over 30 years old. This raises concern about the decline in yield and quality.

You can find the full report in detail here.