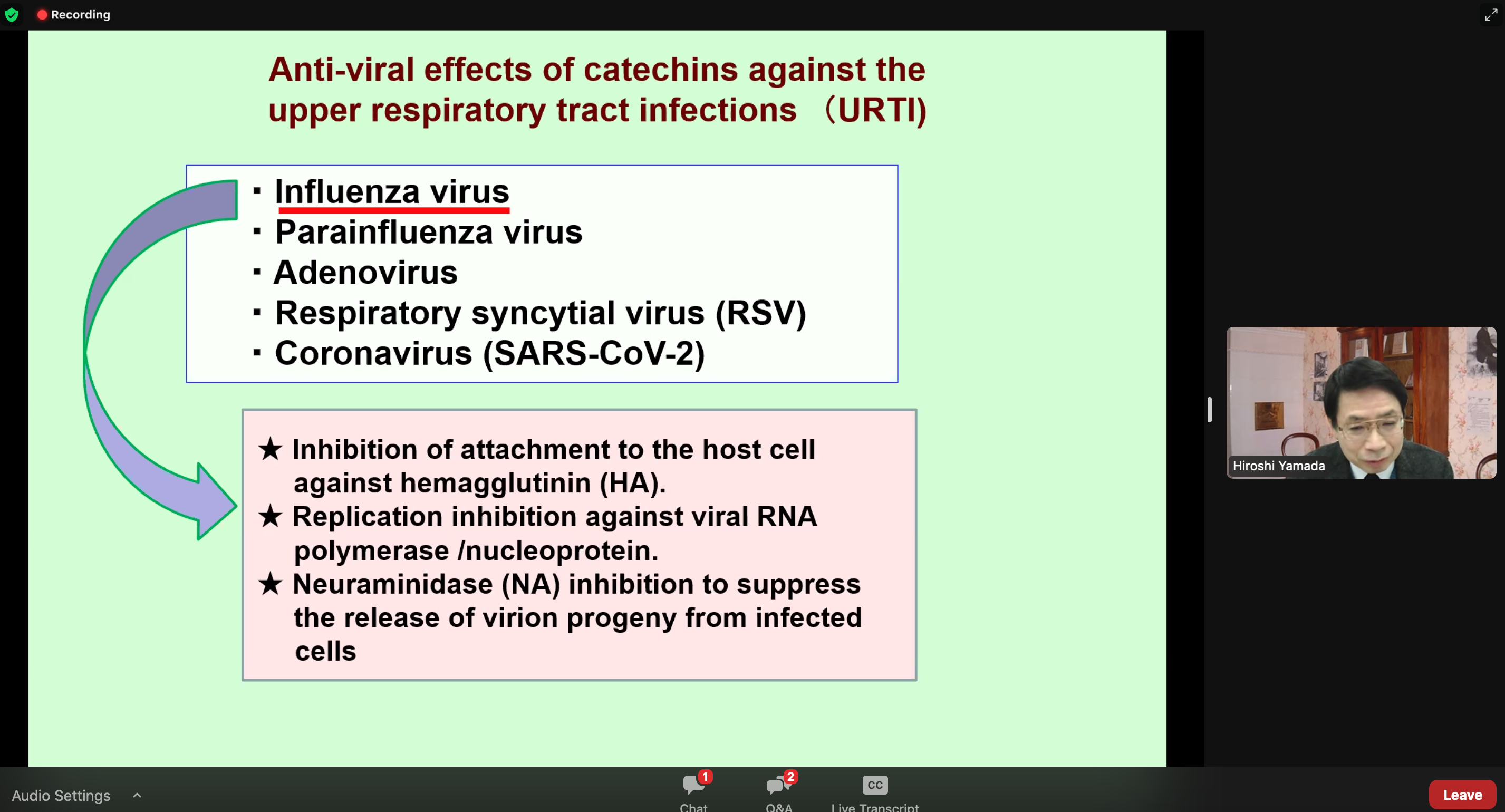 The Global Tea Initiative from UC Davies, California, has the mission to foster the understanding of tea through evidence-based knowledge with a global perspective–promoting tea research from anywhere in the world, in any discipline, with any methodology.

Every year they organise the Annual Tea Conference and this time it was held on the 13th of January, online. We couldn’t miss it, of course.

Among many interesting talks, there was a lecture directly from Japan! Professor Hiroshi Yamada, from the University of Shizuoka, department of Pharmaceutical Studies, gave a speech on “Tea Catechins for the Prevention of Upper Respiratory Tract Infections”.

According to studies done on influenza virus, catechins have antiviral effect in three different ways. They stop the absorption of the virus, inhibiting its attachment to the host cells. Moreover, they inhibit the virus replication in our body. Finally, they suppress the release of virion progeny from infected cells to healthy ones. Additionally, two other components found in green tea – theaflavins and strictinin – have some some anti-viral effect, even if not as complete as the catechins. Also theanine, vitamin C, catechins and saponin, all found in green tea, contribute to the enhancement of the immune system. 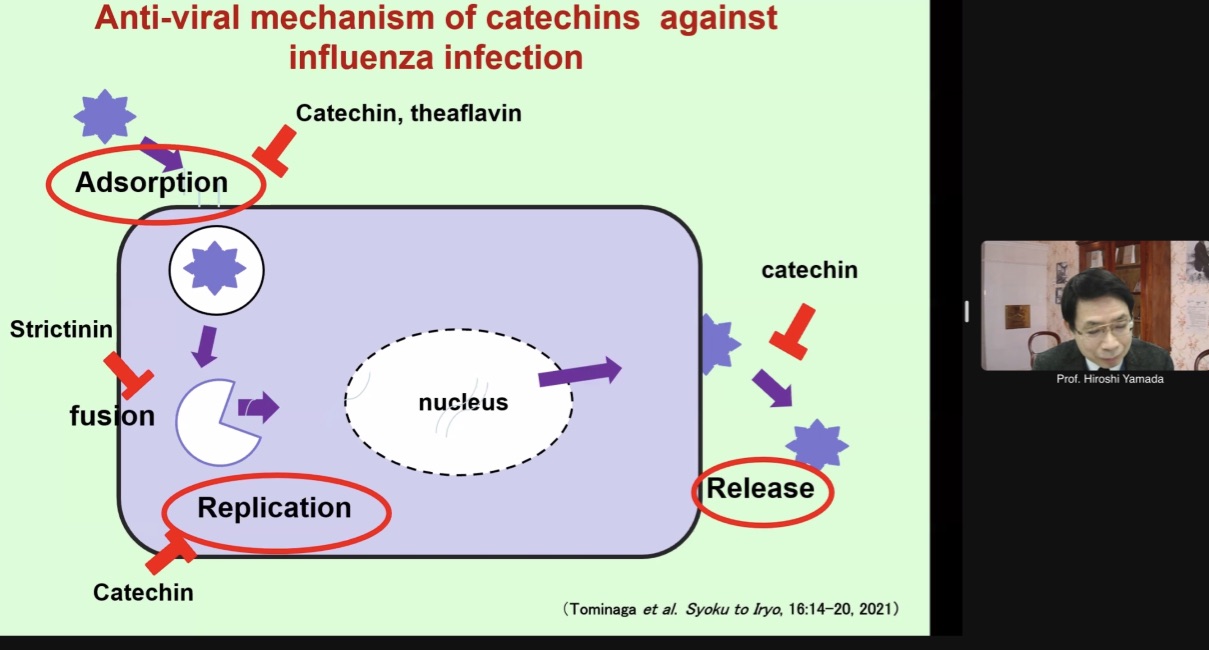 Professor Yamada talked also specifically about an old Japanese custom of gargling with green tea. This practice has now been recommend for the prophylaxis of flu in elementary schools in Japan. Two studies, that were conducted on high school students and in nursing home residents, indicated that gargling with green tea reduces the chances of getting the flu. Last December a new research began to study the prevention of acute upper respiratory tract inflammation. 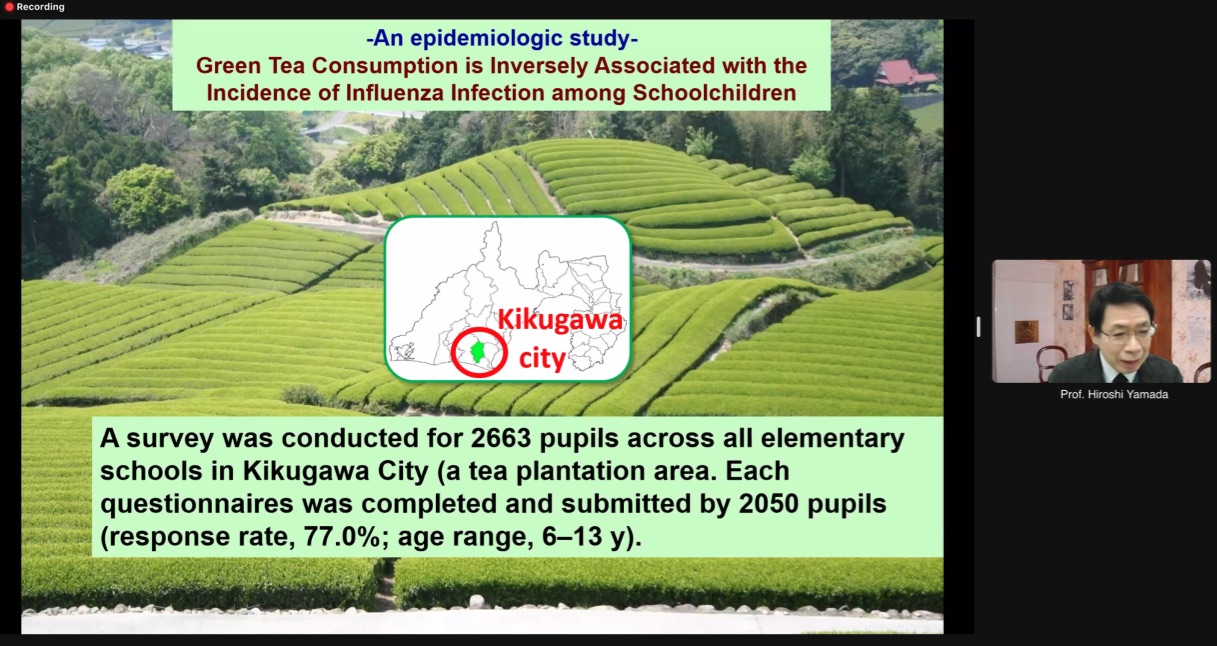 Professor Yamada also mentioned the successful in vitro studies where tea catechins have been reported to effectively inactivate SARS-CoV-2. However, clinical studies are needed to be conducted now to confirm the efficacy in a human body. The conclusions of the seminar were that the results of all these researches suggest that green tea and tea catechins may indeed be effective as an additional preventive measure against upper respiratory tract infections, including influenza and other viruses. Nevertheless, additional large-scaled randomised control studies are needed for confirmation.