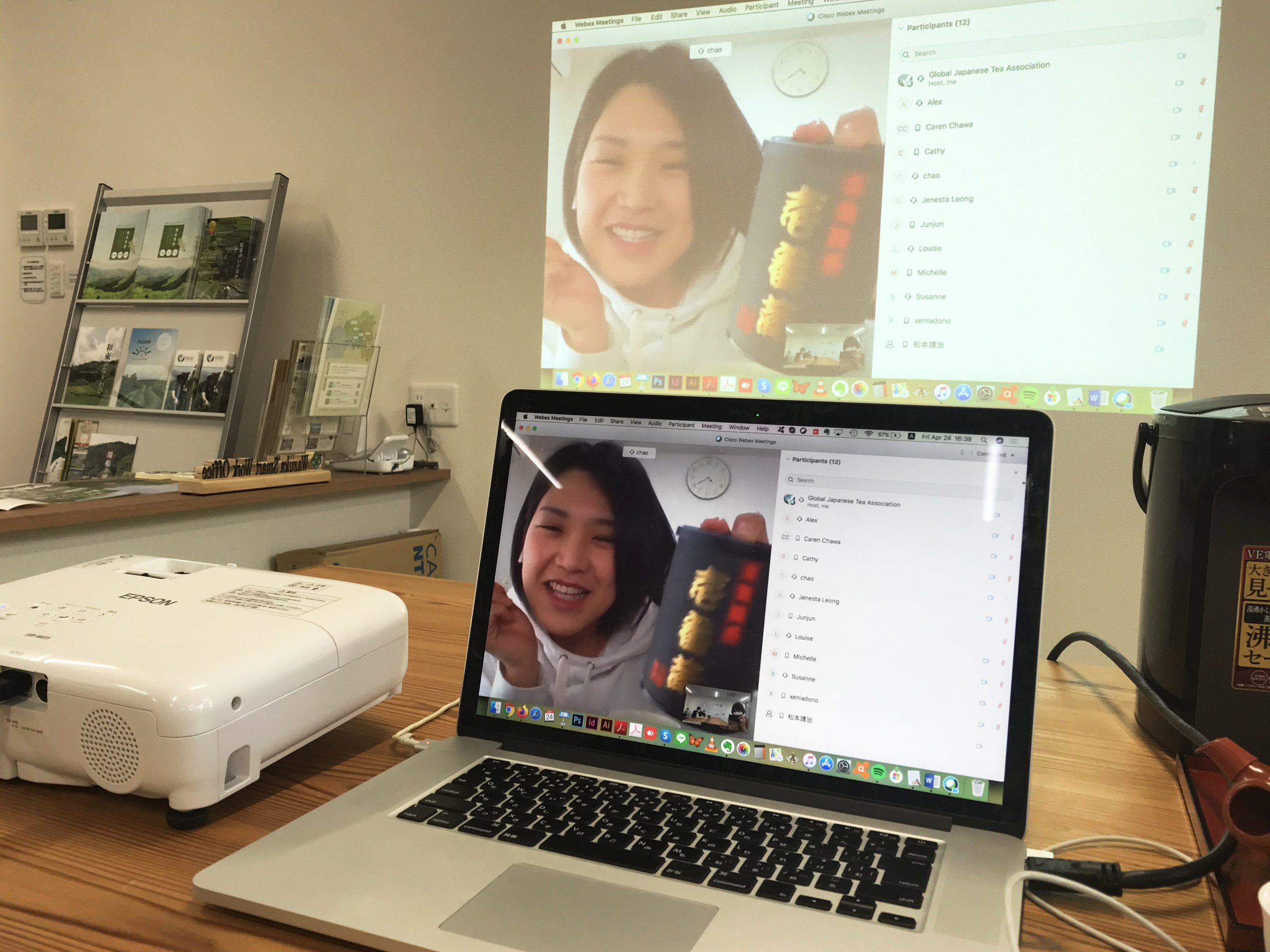 While we have been holding weekly online tea parties for our members since 25th Match, on the 24th April we held our first public Global Japanese Tea Party. All together over 15 people joined us from all around the world including the USA, Germany, Lebanon, South Africa, Singapore, etc. We crossed over many timezones and some participants even made a sacrifice to join us at 4am.

Some were familiar faces, some we met for the first time. Nonetheless, everyone was able to join the conversation, and tell a bit about what they were doing and the Japanese teas they were drinking.  Jenesta from Singapore said she was drinking Matcha and Sencha everyday, and all three members of her family loved Japanese tea. Michelle from South Africa said she was getting her Japanese teas via Europe. It was great to see that Japanese tea was making its way into some of the most far away places of the globe.

In addition to all the participants joining us online, we also had some special guests from Japan. Kusamizu-san and Kitazawa-san from Wazuka town government, came to introduce Wazuka town and Wazuka Smart Work Office from where the event was organized. We also had Kai-san from Asahi Shinbun and Morita-san from Kyoto Shinbun, who came to interview us and feature the event. The article by Asahi Shinbun was published on 26th April.

The next public Global Japanese Tea Party will be held on 15th May. We hope you will join us then!