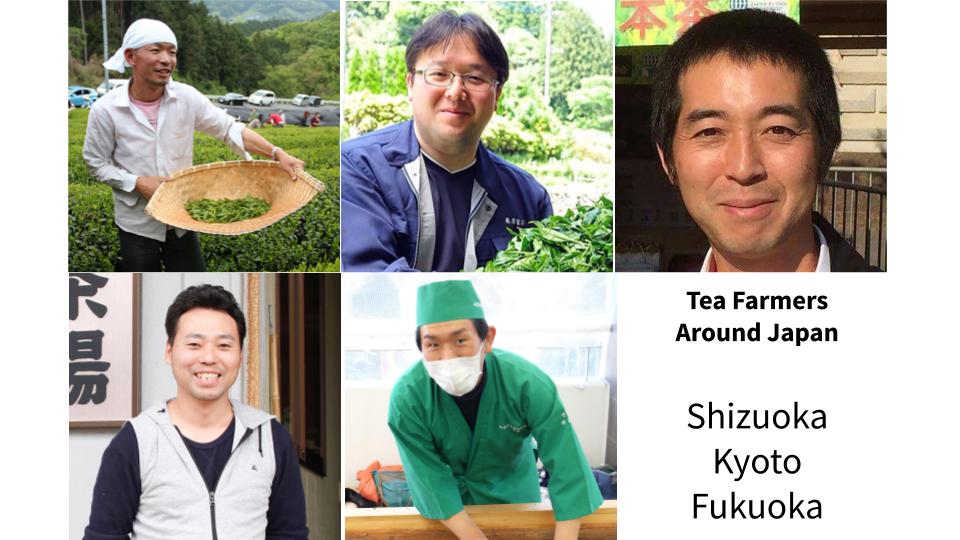 One of our main missions is to spread Japanese tea, and that means literally every region, area, town in Japan that produces tea.

As the Global Japanese Tea Association started only recently, we are still small and don’t reach as much as we would like to.But our ideas and dreams are big: we would like to include as many tea farmers and producers as possible! At the moment we collaborate with 5 tea farmers from 3 different regions: let’s talk a little bit more about them! 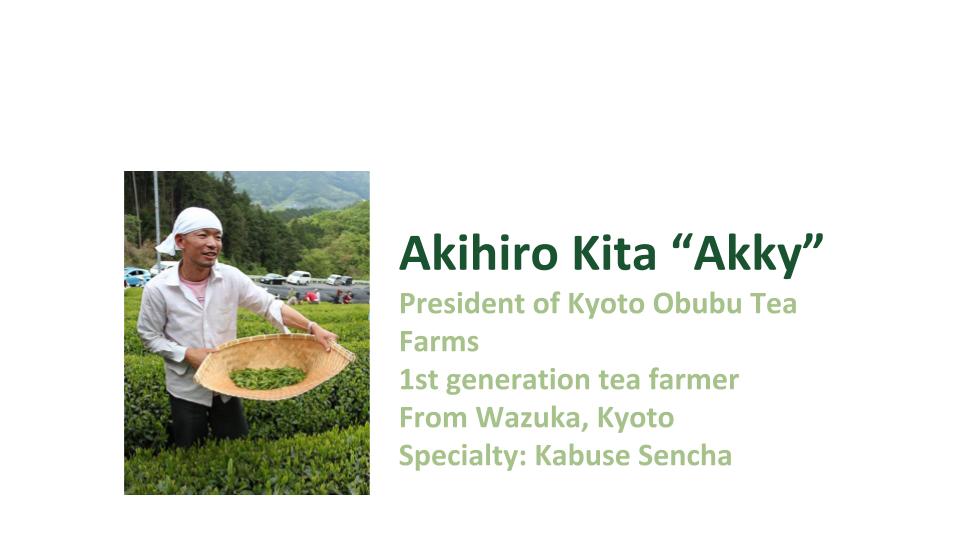 Akky-san literally fell in love with tea when he went working at a tea farm during a university break: he immediately understood that was what he wanted to do! That is how he founded Kyoto Obubu Tea Farms and, years later, keeps the same incredible enthusiasm every single day in the fields and in the factory. 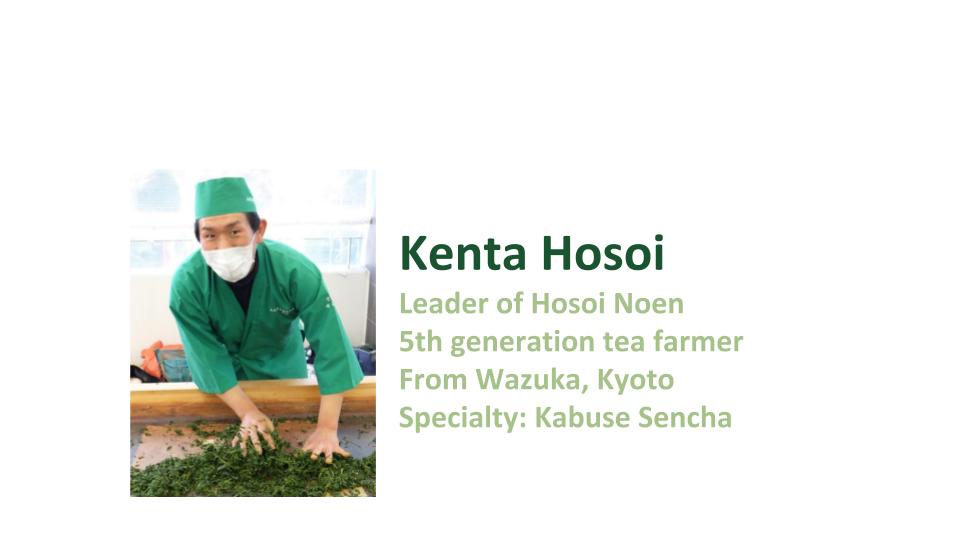 Kenta-san comes from a family with long tradition of tea farming and tea making. He is the leader of the Association for the preservation of Hand-rolling Sencha of Wazuka and.. guess what? In 2018 he won the national prize for hand-rolled Sencha! 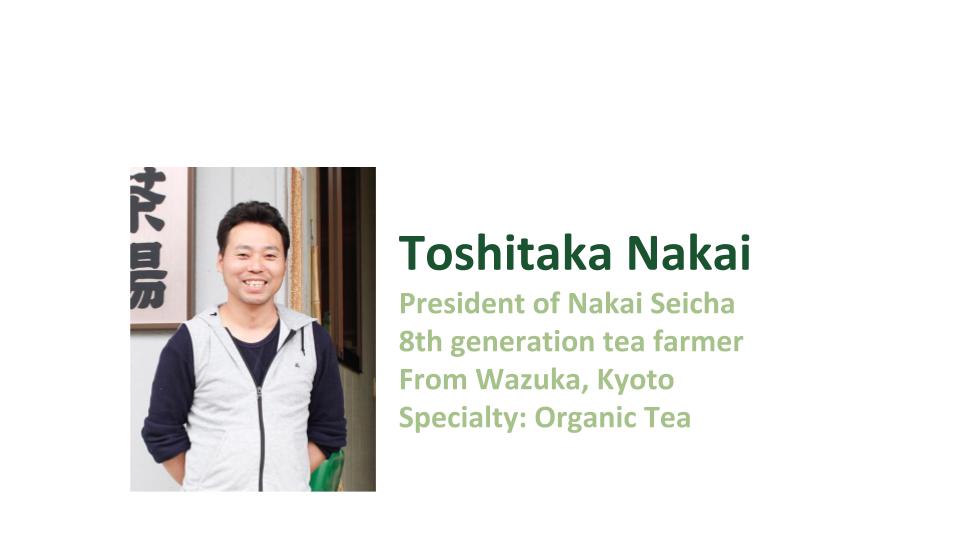 Nakai-san is the son of one of the pioneers of organic tea farming in Japan: his dad switch to organic cultivation 30 years ago, when a proper certification was not even existing. He works hard to keep his beautiful tea fields up in the mountains with no pesticides. 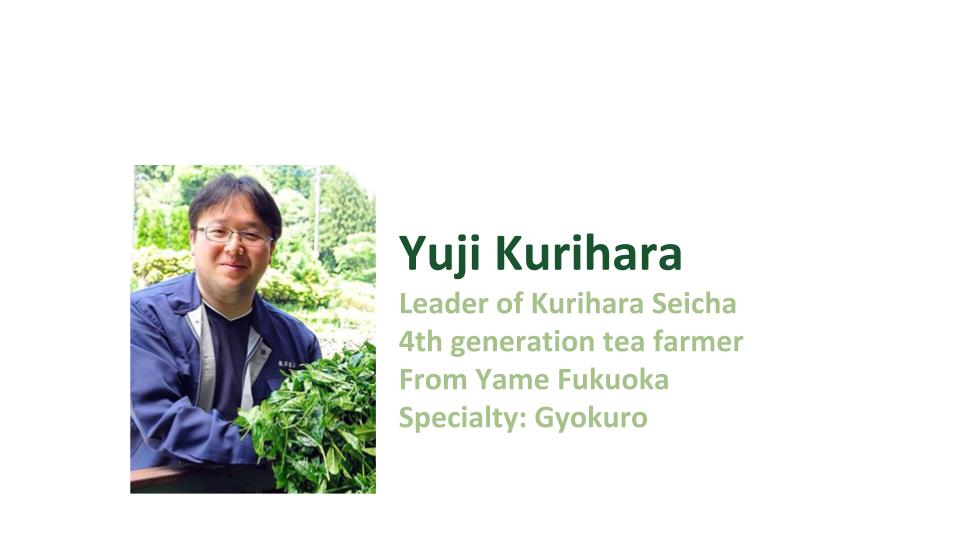 Kurihara-san is the 4th generation tea farmer of his family. His tea farm is in Fukuoka, the south of Japan, and more specifically in Yame, which is very well known area for Gyokuro. And this prized tea is exactly Kurihara-san speciality! 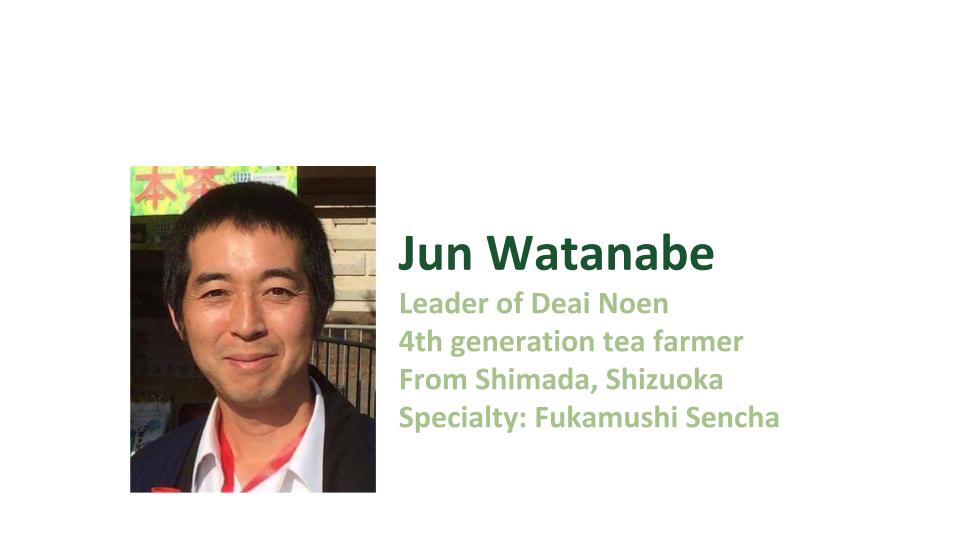 If you joined us around Europe, you might have met already Jun-Jun, as he came travelling with us during the first part of our trip! Despite his specialty being Fukamushi Sencha, he is now taking over neighbouring fields that would be otherwise abandoned and started producing Wakoucha and Matcha.

You can try their teas at any of our events, courses and workshops.