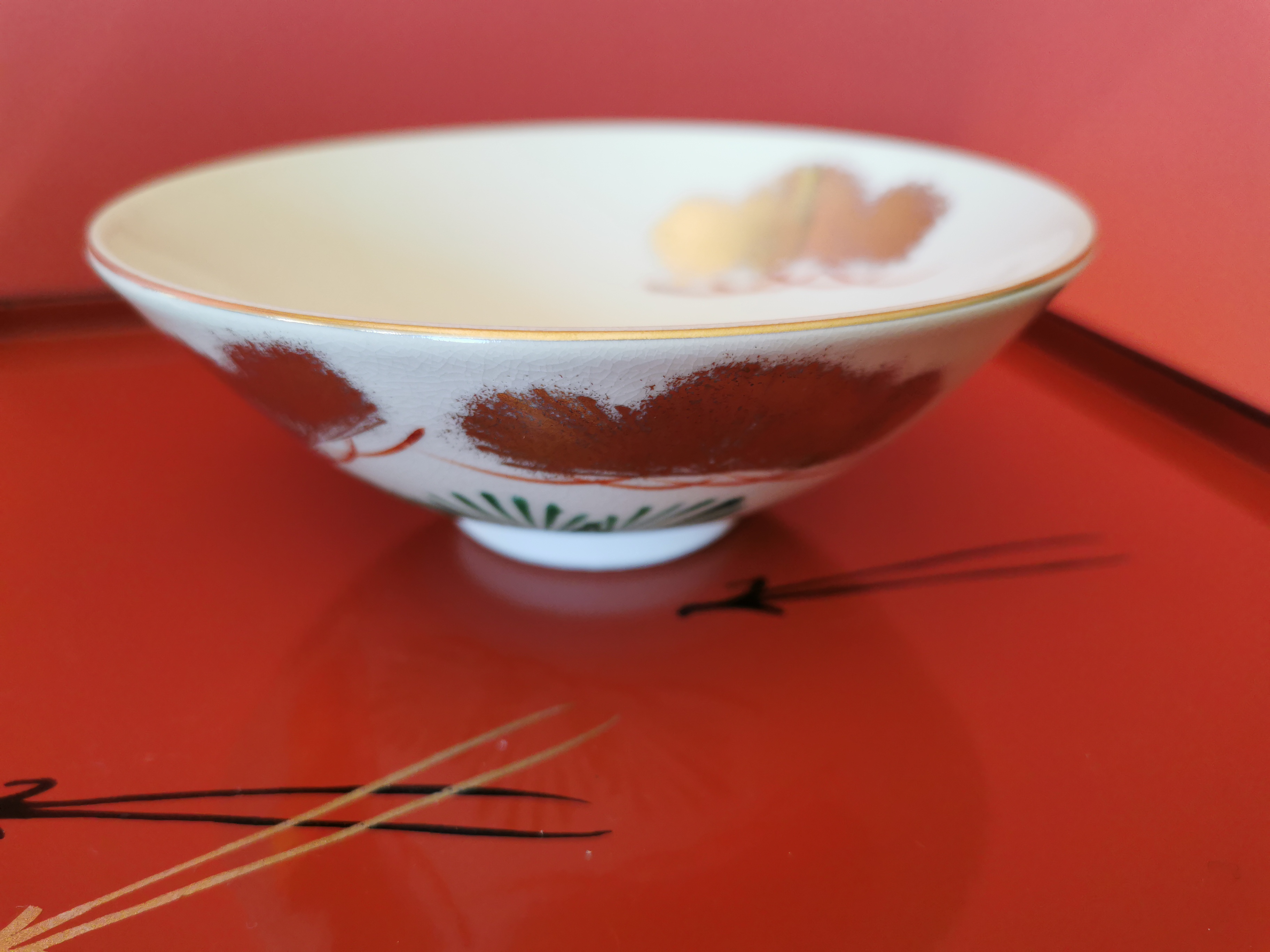 When tea reached Japan, Chinese pottery and teaware were used to prepare and drink tea. It was only in the 15th century with tea master Murata Jukō that Japanese tea wares started to replace Chinese ones and a more rustic – and sometimes rough – style developed in tea ceremony.

During the 16th century, when Sen no Rikyu developed the Japanese Tea Ceremony further to what we know it is today and Japan invaded Korea, porcelain production was added to Japanese teaware.

Nowadays, Japan is home to more than a hundred pottery sites, many of them evolved into their own particular style which is reflected also in teaware. 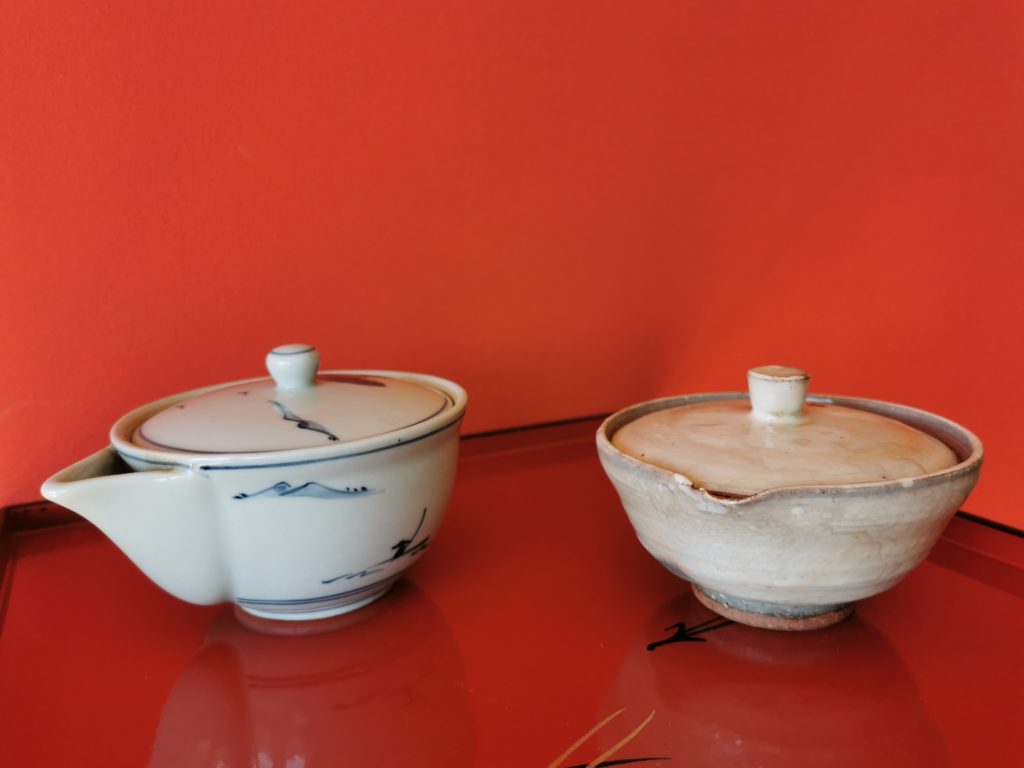 Among the most famous, we can find:

Tokonameyaki, from Aichi prefecture, that is known for its iron-rich clay.

Shigarakiyaki, from Shiga prefecture, which is recognised for its earthy colours and rough textures.

Bankoyaki, from Mie prefecture, that because of its peculiar firing technique has very dark colours.

Kyoyaki, from Kyoto prefecture, is easily spotted for its bright decorations standing out on its light colours glaze.

Rakuyaki, also from Kyoto and very important in tea ceremony, it is known for its black or red glazed tea bowls.

Bizenyaki, from Okayama prefecture, it has earthy colours and rough texture, but usually darker colours than Shigarakiyaki ones. 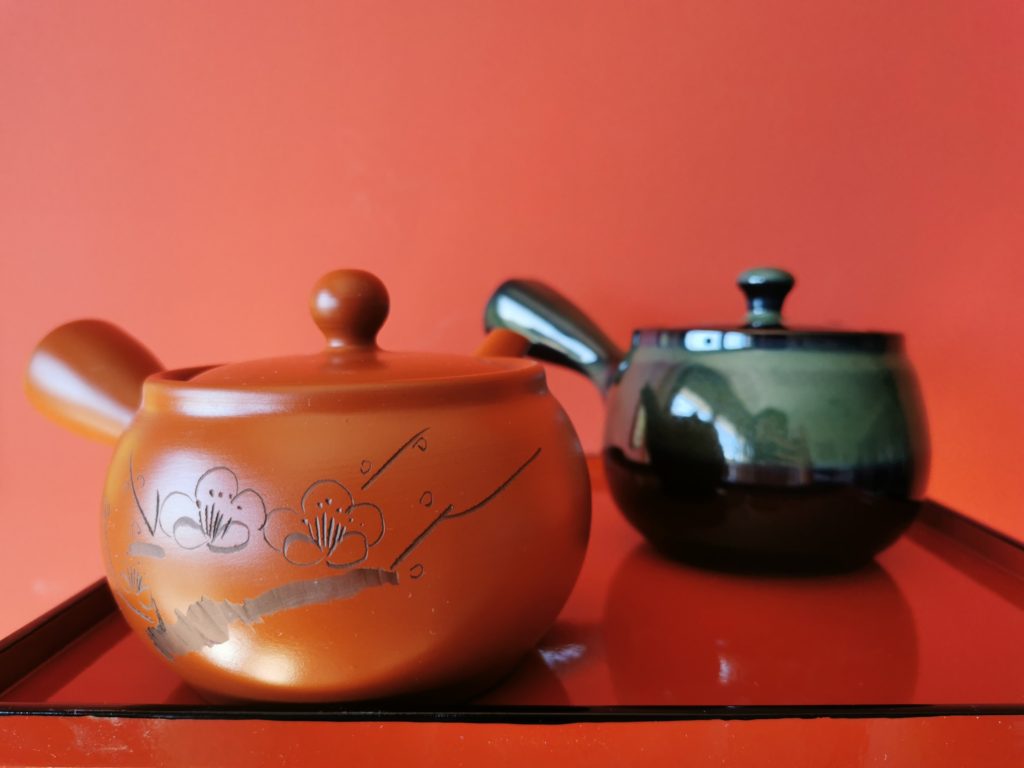 Pretty much as tea, each pottery area and style is important in a different way and has a different character from the others.

Aesthetics of teaware have been important in Japanese tea history and developed during centuries differently than in other countries. When drinking tea, of course the beverage is the main actor and its quality plays the most important part of the act. But teaware is part of the whole experience: it is the vessel from which you drink it, it is what you touch with your hands and see the colour of tea trough. The material of the ware – the minerals in the clay or the components of the glaze – can affect the taste of the tea differently.

We find very interesting to explore Japanese tradition in teaware making and all the different styles are very exciting to try.  Until one finds its own – or its many. At the end of the day, in teaware same as in tea, there is no fixed rule as long as the quality is good. As Okakura Kakuzo wrote in The Book of Tea: “The tea-masters collected only objects which fell strictly within the measure of their individual appreciation.”.