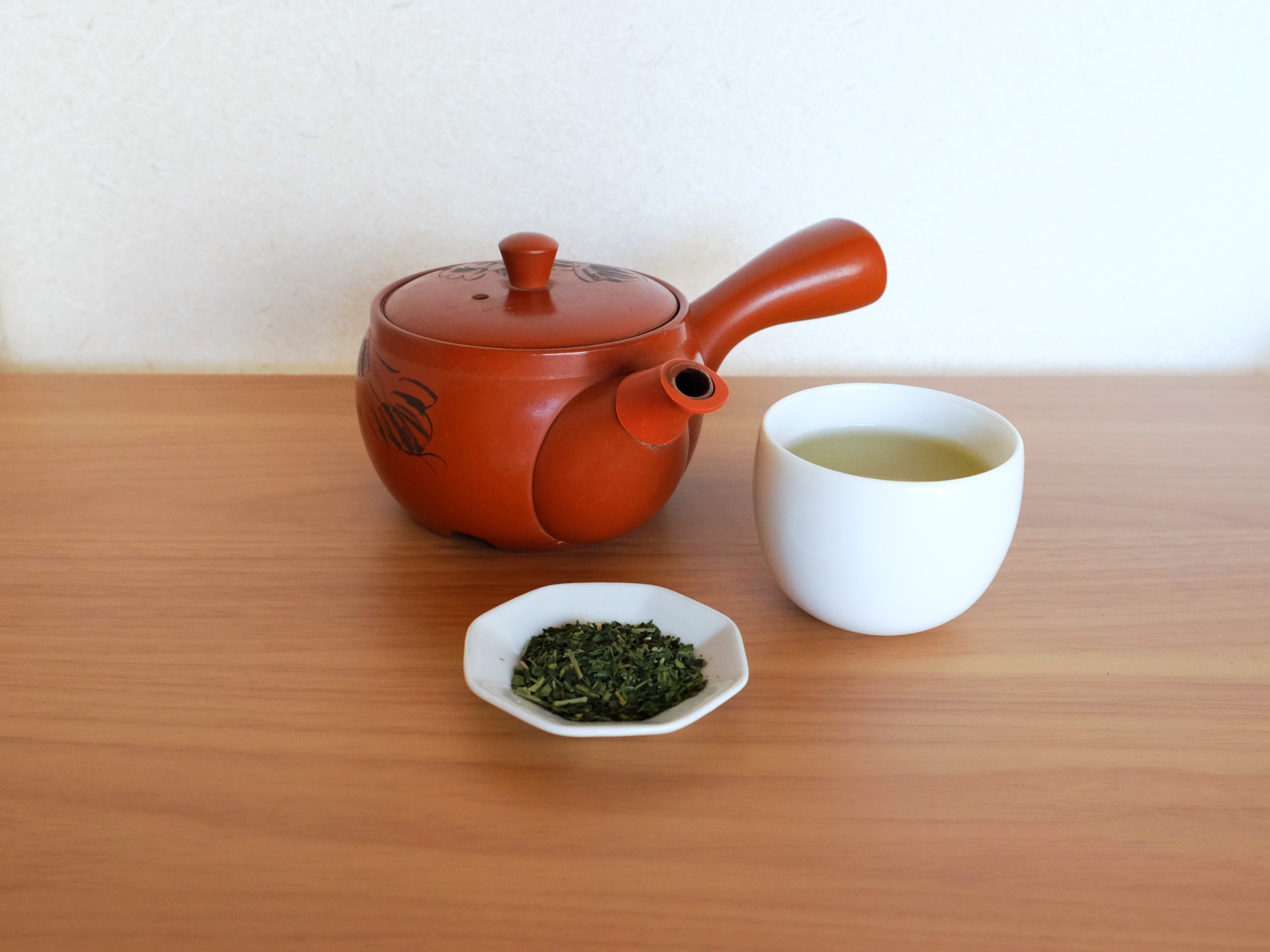 The world of Japanese tea is wide and deep. By now many people know Matcha, Gyokuro, Sencha. Some other teas may not have been in the spotlight but they are also worth some attention. One of them is Kukicha, or stem tea, if translated literary form Japanese. What that means is that Kukicha mostly includes stems, but occasionally you can find some tea leaves in the mix too.

Kukicha started as a byproduct of Matcha, Gyokuro or Sencha production. To make the leaf teas more uniform and visually appealing, stems would be sorted away. In early days they may have been forgotten and not cared of. These days Kukicha has become a unique tea of its own.

But not all stems are the same. To tell the truth, the stems, can be divided in three separate groups. First there is a stem that runs through the base of the new shoot. In Japanese it is called bou, and the tea made from these stems may have a different name too – Boucha. Then there is a stem that connects the leaf to the base stem of the new shoot. It is called kuki and gives the name for Kukicha teas. Lastly we have the vein inside the leaf, called youmyaku, that may also be removed from the leaf, especially in Matcha production. Dried tea leaves are ground to powder at the end of Matcha production and both the stems and the veins are a bit tough to grind, so it has been common to remove them from the mix.

The unique point about Kukicha is that it is rather light tea. Hence, it is quite easy to brew it. Even brewing with boiling water for several minutes wouldn’t make it too bitter. It is also really refreshing to make a cold brew with Kukicha. Tell us which way you like Kukicha.