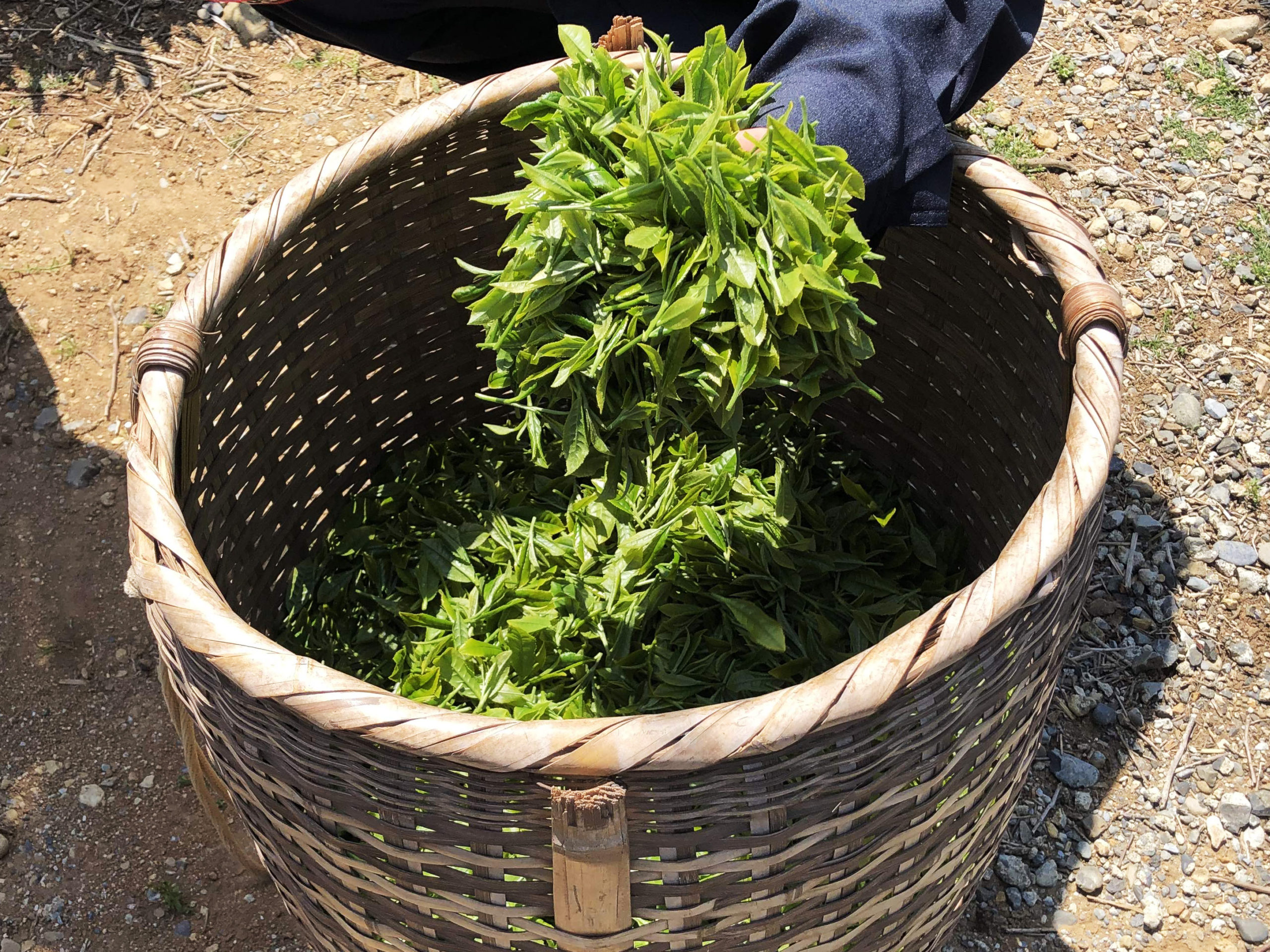 April is here and the new tea season in Japan has begun.

This year winter was quite cold. Between January and March the temperatures were quite low and at times below freezing. It was anticipated that the tea harvest may be a few days later that usual. In Kyoto for example, the Tea Research Institute announced the beginning of tea plant sprouting on 6th April – 2 days later than normal.

However, after that the weather got quite warm, and warm days continued without interruption for a while. Luckily warm weather helped to avoid serious frost damage in most areas this year. On the other hand, the tea buds started to grow really quickly. Often it is a bit easier to manage the harvest, when tea farmers have both some early and some late sprouting cultivars. Because of the warm weather this year, all cultivars started growing very fast, making it a bit hard for the tea farmers to plan the harvest. Additionally, there were many rainy days at the end of April (unusual for this season), that made the harvest planning even more difficult, because most tea farmers stop farming activities when it rains.

Nonetheless, the tea farmers In Shizuoka and Kagoshima, who have already produced some fresh tea, said that the taste this year was very good thanks to the cold winter.

Shincha will shortly be offered in many tea shops. We hope you will enjoy the taste of 2022.