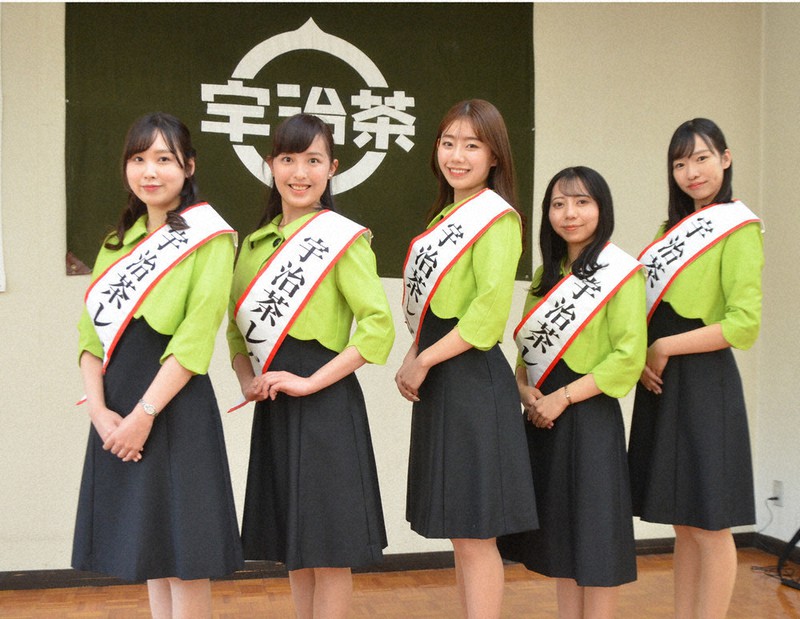 April is an exciting time for Japanese tea. During this month most tea regions in Japan already start producing new spring tea.

Kagoshima was the first to start the tea harvest and the tea market in the prefecture opened on 6th of April. 2.8 tons of tea were offered on the first day and the price was higher than last year.

The market in Shizuoka opened about two weeks later – on 18th April. The celebratory hand-picked and hand-rolled tea received the highest price ever – 1,968,000yen/kg or about 15,500usd/kg. The market opening also marked the merge of eight tea cooperatives in the east of Shizuoka to one – JA Fuji Izu. And it was also the first time Japanese black tea was sold in the Shizuoka market.

In Kyoto the market started a few days later – on 23rd April. Due to sudden and lasting warm weather in April, the production started in full gear, and around 1.4 tons of tea was offered on the first day – more than twice compared to last year.

As the tea season has begun, so have the tea picking events. On 21st April 410 elementary school students joined the annual tea picking event in Tahara city, Aichi prefecture, that has continued for 80 years. To mark the 88 day from the old Japanese calendar (known as the best day to start picking tea), Uji will hold a tea hand-picking event on 2nd May. The event usually receives 4,000 visitors, but due to pandemic it was canceled in 2020 and 2021, so it will be the first time to hold it after a 2 year break.

A bit earlier this month a special tea ceremony was held on Kamogawa river in Kyoto to enjoy the beauty of cherry blossoms. Due to the pandemic it was also held for the first time in 3 years. On 9th April a special tea ceremony was also held in Saidaiji temple in Nara city. The ceremony that uses really large bowls that can fit in the whole face, dates back to 1239. Additionally, this year marks the 500 year anniversary of Sen No Rikyu’s birth and several events, including a special tea utensil exhibition at the Nomura Museum of Art, are planned this year.

Returning to the present day it seems there is more and more interest in aromatic and flavored teas here in Japan. The Tea Industry Research Center in Shizuoka has devised a process to increase the production of aromatic sencha. The tea looks just like sencha, but it has interesting floral and fruity notes. In Iruma city, Saitama prefecture, the collaboration between the students from Nihon Pharmaceutical University and a few local tea farms, has led to the creation of a few interesting tea blends combining sencha with strawberry, rose or mint, and hojicha with apple.

In the bottled tea world a new interesting creation is Champan (a.k.a. tea champagne) – a liquor with green tea, that bubbles just like champagne. The drink was created by Matsushitaen in Shizuoka after prototyping with 200 different kinds of alcohols.

This month Asahi has also started selling bottled Japanese black tea using tea leaves from Kagoshima; and Kirin has just started a test sale of labelless bottled tea. In Nagasaki a local tea brand Sonogicha has also renewed the design of its teas in bottle cans.

In a completely different line of products Asahiyaki Kiln in Kyoto has started making tea bowls glazed with ash from tea plants. The tea plants are provided by a few local tea farmers.

Among other announcements, the former Fujieda Tea Trading Center in a blue western building that was opened in 1901, was recently transformed to a tourist facility. The hope is that the facility will help to convey the charm of the local tea, as the tea consumption remains low. A roadside station in Minami Yamashiro – a tea village in Kyoto, has also announced that since the opening five years ago it has received around 2mln visitors – a large number for a small village.

Additionally, to help convey the charm of tea, Uji city has selected 5 Uji Tea Ladies. They will participate in various local tea events this year and will model for the next year’s calendar.

With the start of the new tea season there are many new tea initiatives. Hopefully this will bring new energy and motivation for the remaining part of the year.