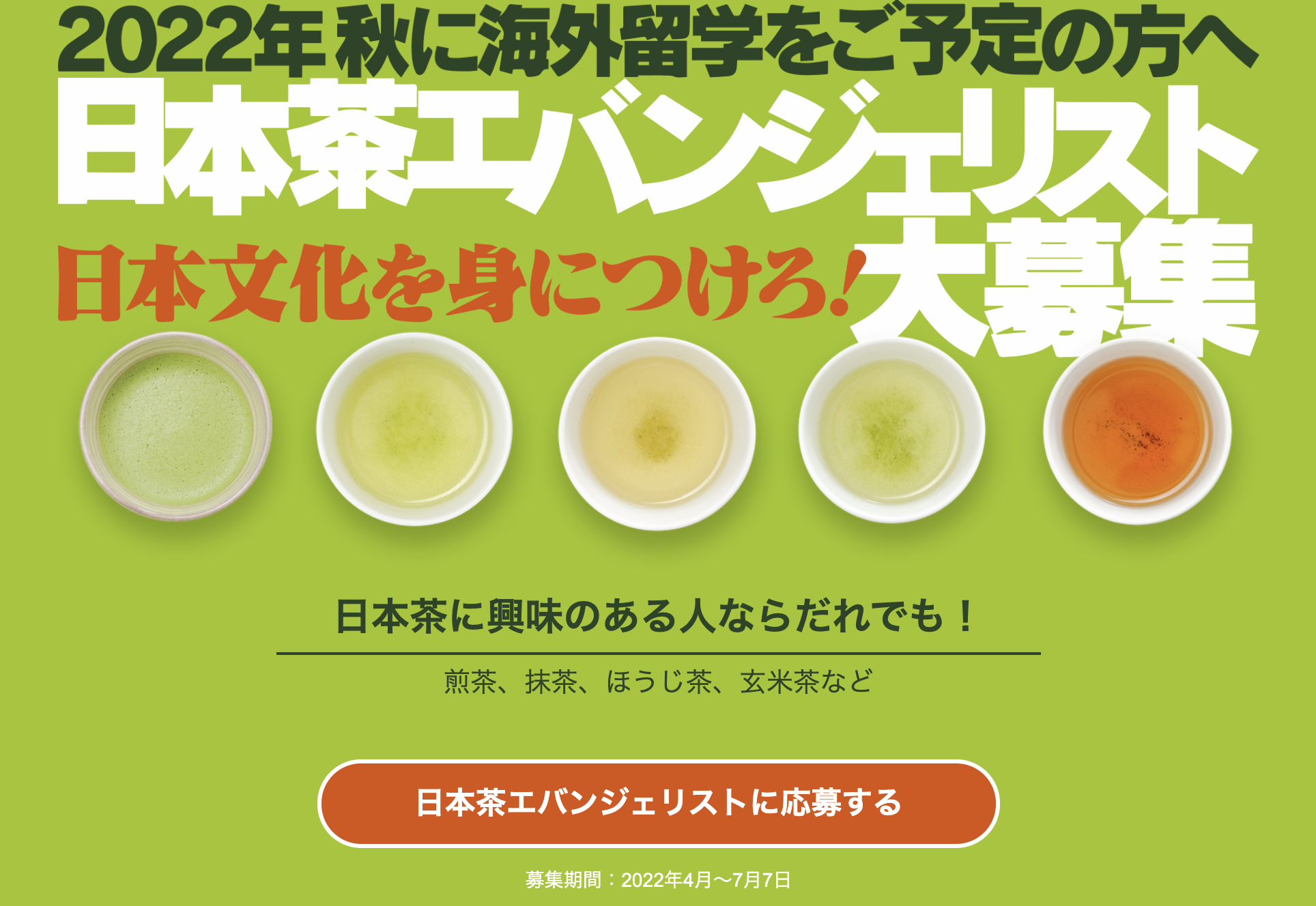 It is well known that, Japanese tea here in Japan is seen as old-fashioned, and young people are rarely drinking it anymore, especially the traditional way. There is an obvious need to invite the younger generation closer to tea. Hence, one of our new projects is the Japanese Tea Evangelist Program.

This year we are aiming to gather 20 students, who will be going abroad to various countries. If you know a Japanese student who is going to study abroad this year, and might be interested in this program, please pass on the information (in Japanese).