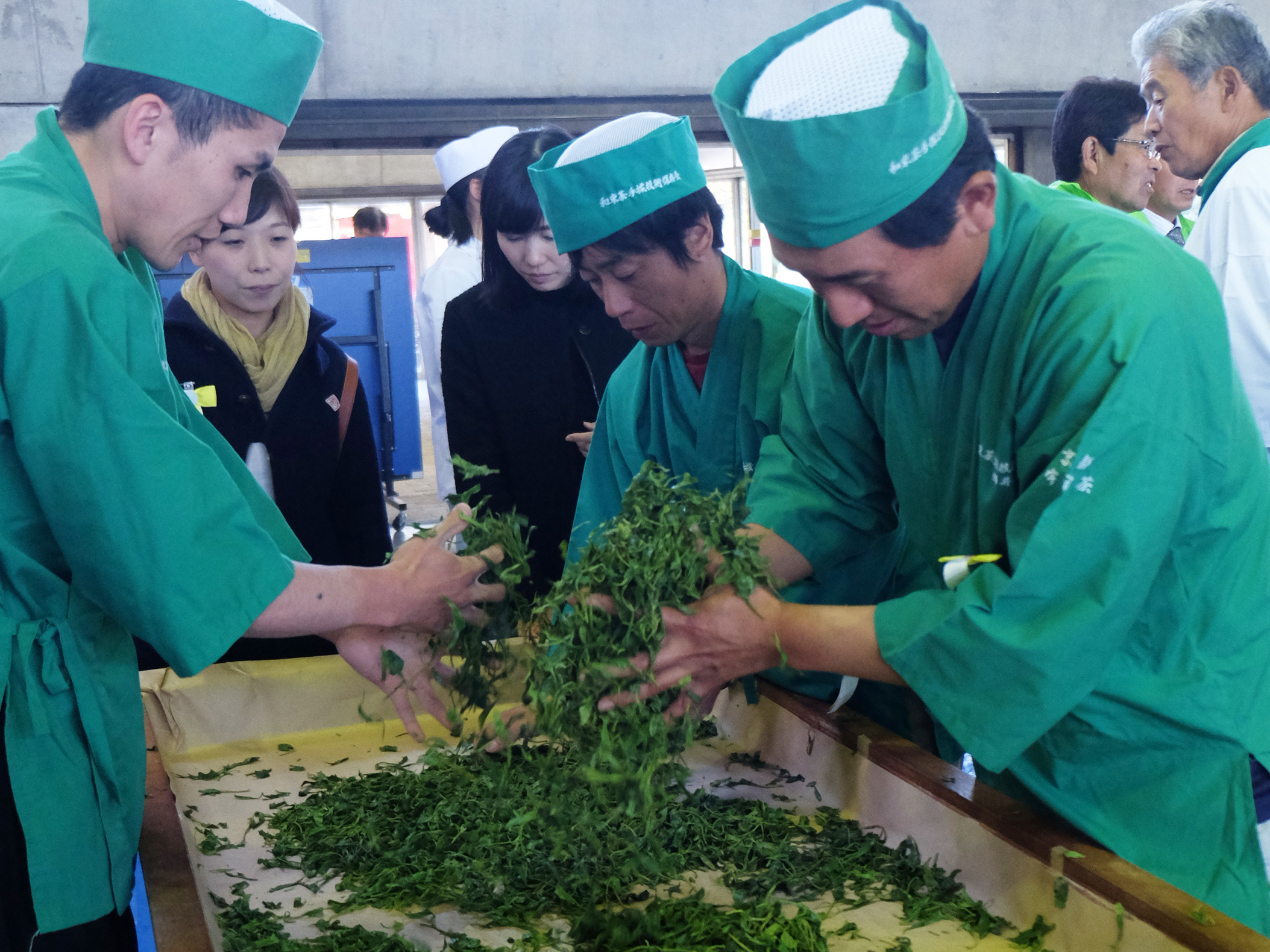 These days in Japan tea is mostly harvested and processed with the help of machinery. Long gone are days when hand-picking and hand-rolling were used for commercial production. Not to forget the traditions, however, each tea regions usually has a Tea Hand-Rolling Preservation Association.

These associations normally hold and participate in community events as well as take part in tea hand-rolling competitions. There is even a National Japanese Tea Hand-Rolling Competition.

Most recently the national competition was held on 14th November and 31 teams competed in it. It is common, especially for larger tea producing regions, to have regional competitions first to select 1-3 teams to represent them in the national finals. The regions with the most teams – 3 each were: Shizuoka, Mie, Kyoto, Aichi, Fukuoka.

The competition usually starts early in the morning and rolling itself takes about 4 hours. One extra hour at the beginning is usually spent on preparing the rolling table – hoiro as well as the tea leaves. If hoiro has been used for a longer time it will likely have cracks and tears in the washi paper surface, that can be fixed and smoothened with corn starch.

From then on the tea leaves are constantly handled and massaged in 6 different rolling steps. The rolling begins lightly and goes harder and harder to press the tea leaves and push the inside moisture out. When tea leaves have lost a considerable amount of moisture they are straightened and shaped in to beautiful individual needles.

When finished, the judging committee evaluates the shape and colour of the dry tea leaves as well as the colour, aroma and taste of the brew. The team whose tea needles are closest to perfect is announced as a winner.

It is common for Shizuoka, the biggest tea producing region, to get the first place. This year, in the 22nd National Tea Hand-Rolling Competition, the winner was Wazuka team from Kyoto prefecture. According to the team members it was the first time to become Japan’s No.1 in the 19 years of participation.