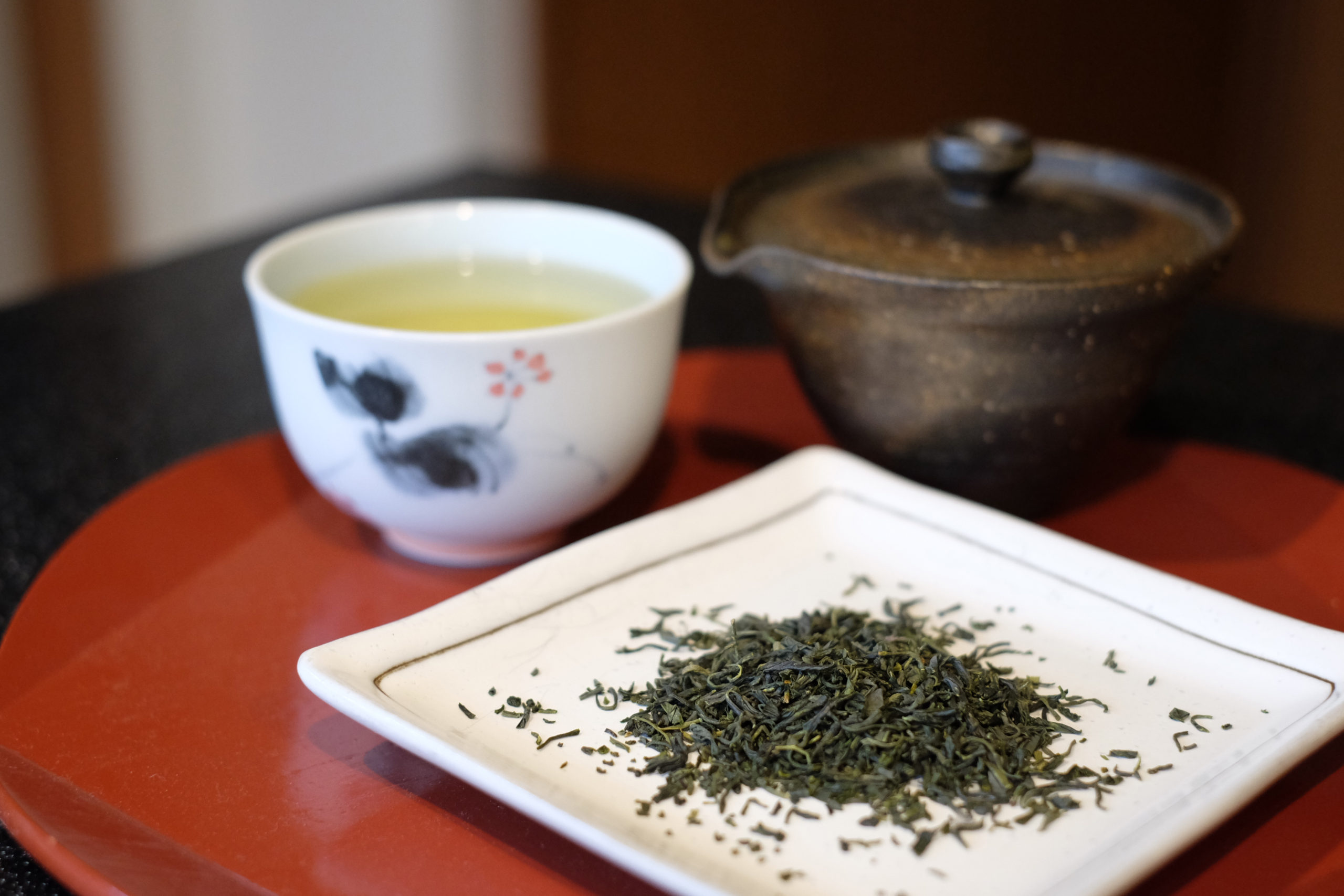 Most Japanese teas have a straight needle shape. Not kamairicha, though, the leaves of which are twisted and curled.

What is kamairicha, you may be wondering. It is one of Japanese green teas, and when translated from Japanese kamairicha (釜炒り茶) literally means pan-fired tea. The pan-firing method is very different from the steaming method (commonly used in Japan today) and is believed to have originated in China, where tea is still being produced this way.

Exactly when and how the pan-fired tea was introduced to Japan is not completely clear. However, it seems that around the 17th century it entered through the south of Japan – Kyushu island, where it is still mostly made today. And there may have been more than one route to introduce pan-fired tea, as there are two distinct styles in Japan: the Urechino style common in Saga and Nagasaki, and Aoyagi style common in Kumamoto and Miyazaki. While in Aoyagi style the pan is kept parallel to the floor, in Ureshino style it is tilted 45 degrees towards the tea maker.

Nowadays, however, kamairicha is rarely made in a pan by hand – in most cases factory machines are used for the processing. The first step involves firing the tea leaves with high temperature in a mechanical pan to stop the oxidation. Then the tea leaves go through several steps of rolling, that open the cell walls inside them. What follows after is drying, typically done in a rotating drum, and then tea leaves are fired once more in a hot pan to develop the typical aroma of kamairicha (釜香), that is warm and slightly roasty. The taste of kamairicha is also usually a bit more rounded and mellow compared to the very green and  fresh tasting steamed Japanese teas.

So how should you brew kamairicha? While it is a high-grade Japanese green tea it does not require the water temperature to be as low as for sencha or gyokuro. You can comfortably use water of a higher temperature and brew for a slightly longer time. We would recommend: to use 5g of tea with 200ml of water at 85°C and brew for 45s.

We hope you will have a chance to taste it. While less known it is a fantastic tea.