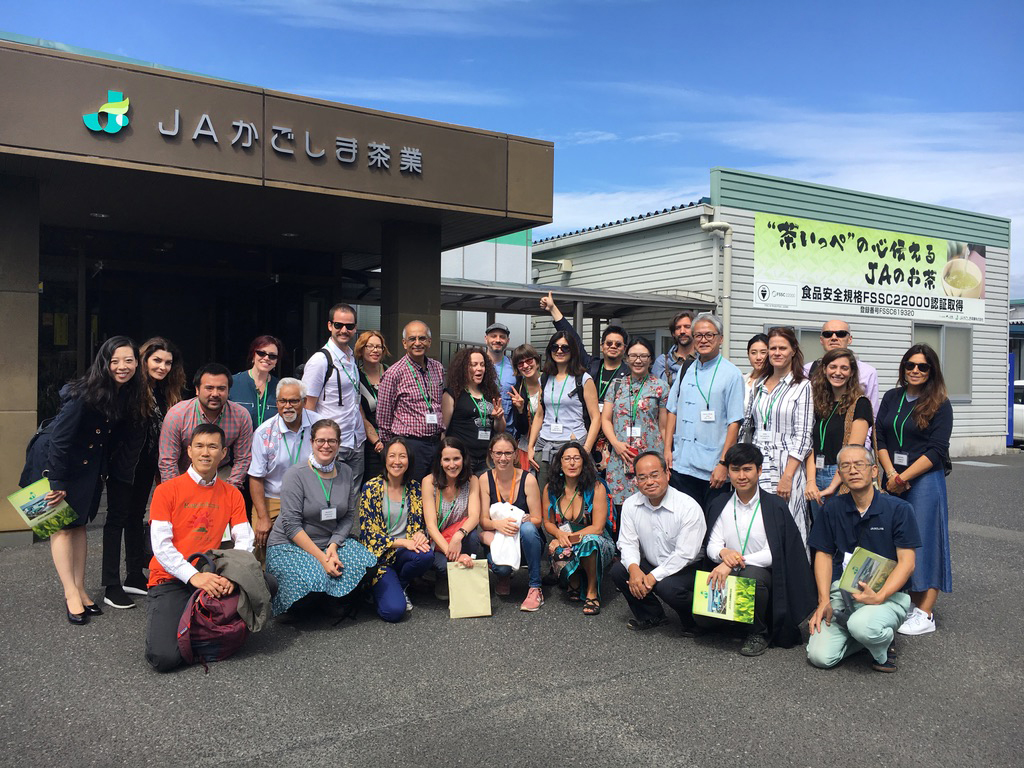 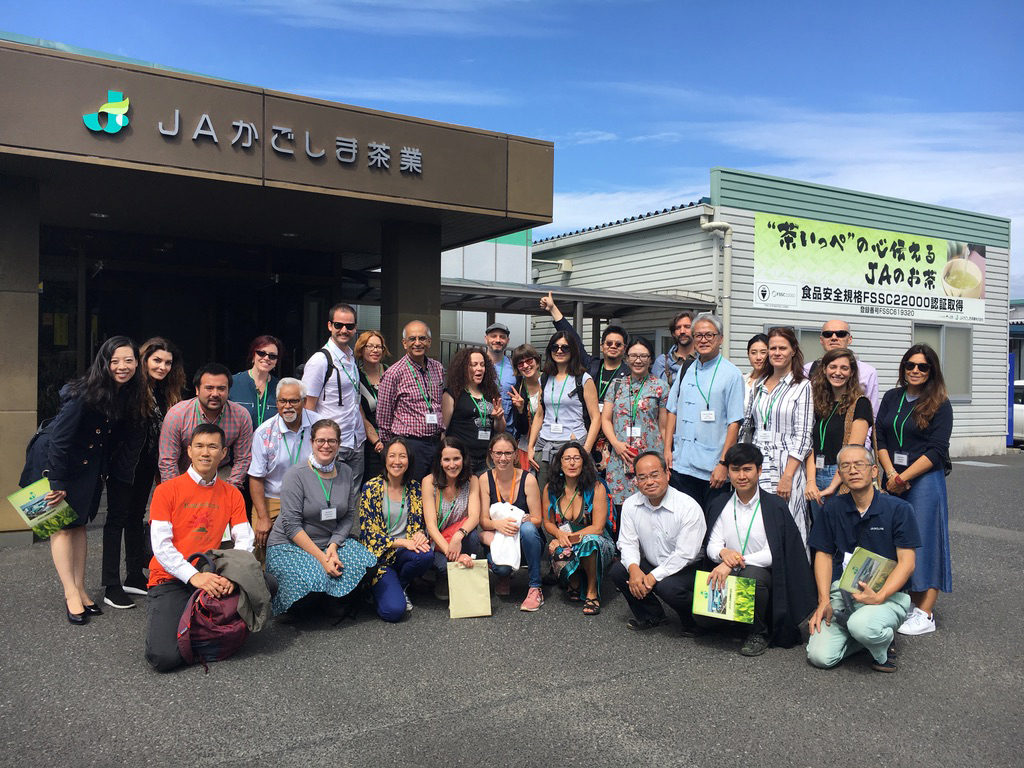 At the end of September 28 tea professionals and enthusiasts from all around the gathered in Shizuoka. They all were drawn here to get to know Japanese tea. They all joined a Japanese Tea Study Tour organized by the Japan Tea Export Promotion Council.

Japan Tea Export Promotion Council was established to encourage and support Japanese tea export around the world. Their activities involve information gathering, support for tea producers and tea producing regions, PR and marketing assistance. As part of their activities they have been organizing Japanese tea study programs that have gotten quite competitive over several years. This year there were over 80 applicants for 30 places (2 selected participants unfortunately could not attend due to visa issues).

These programs are usually organized in collaboration with several tea producing prefectures, that arrange and provide the content for the tour. Shizuoka and Kagoshima, as the largest tea producing prefectures in Japan, are the most likely program collaborators. This year too, most of the program (5 out of 8 days) was created by Shizuoka Prefecture; and Kagoshima Prefecture arranged the remaining part of the program (2 out of 8 days)

The program lasted 8 days and the focus of it was on encouraging the development of business relationships between tea producers and providers in Japan; and tea professionals and enthusiasts around the world. One of the key activities on the program was a business matching session, that was held both in Shizuoka and Kagoshima. During the session in each prefecture participants could meet around 10 local tea producers and wholesalers in a speed dating format – 15min. conversation with each. Some gave out their catalogs, some shared some samples, some showed their pricelists.

In addition to that the program also included visits to tea producers where participants could see their tea farms and factories. Visiting tea auctions – a common way to sell tea in Japan, was also included in the program. The program also had some cultural elements such as a visit to a recently opened tea museum in Shizuoka or a chance to experience Japanese tea ceremony in Kagoshima. Even better the program including accommodation, transport and most of the meals was offered free of charge. The only cost the participants needed to cover themselves was the flight tickets to and from Japan.

The program provided several opportunities to meet tea producers and providers, and was great for those who were already working with Japanese tea and were looking to establish new business relationships. For those with little experience or knowledge of Japanese tea it might have been a bit hard to follow and piece together – as the program included some opportunities to experience tea production and culture, but they were a bit scattered and sporadic and lacked a cohesive and comprehensive overview.

The program is likely to be held again in autumn of 2019 and those interested should keep an eye on Japan Tea Export Council homepage.

Copyright © 2021
by the Global Japanese Tea Association.
All rights reserved.