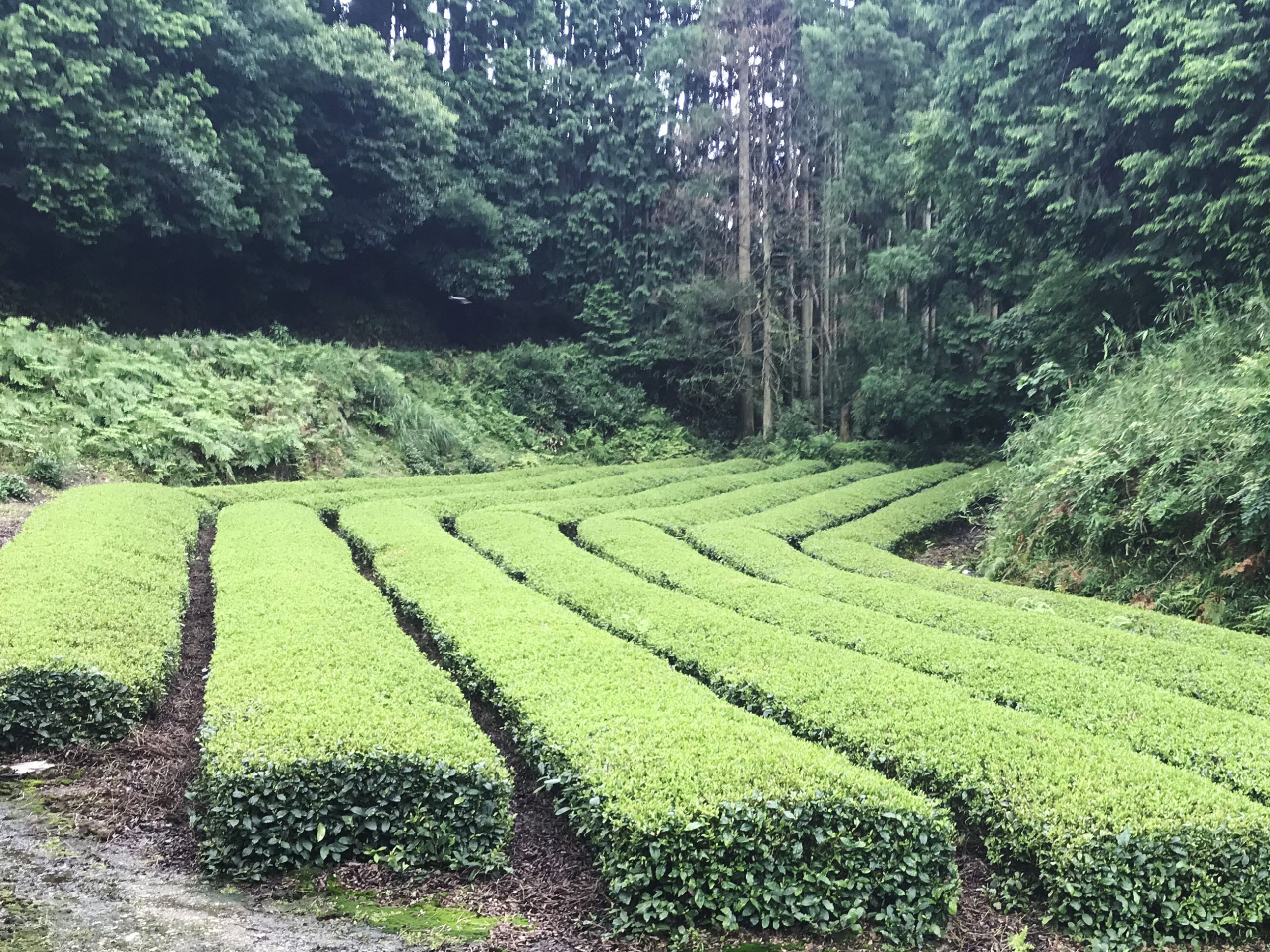 April to July is the most intensive time for Japanese tea. In August, when the summer heats hit, tea farm work simmers down. It gives a chance to look back on the two main seasons and evaluate the tea of this year.

With that in mind the national Japanese tea competition was held in Kagoshima between 25th-28th August. There were 987 entries of tea from 16 prefectures. The largest number of teas came from Kyoto (203) followed by Shizuoka (145). The tea categories with the most entries included tencha, regular sencha (10kg submission) and deep steamed sencha. The winners should be announced shortly.

Due to the pandemic and the people staying at home more, for the first 6 months of this year the tea purchase per household has increased by 11.3% compared to the same period last year (424g per household in 2019 and 472g in 2020). However, as explained in the June and July reports, the general situation in the tea industry has not been great. In Shizuoka the amount of the second harvest tea (nibancha) decreased by about 20%, likely due to the reduced production of the bottled tea, that often uses nibancha as its ingredient. The bottled tea producers still had a large inventory after many events got cancelled.

Another change with the bottled tea in Japan is that three largest bottled tea producers: Asahi, Santory, and Coca Cola, almost simultaneously started selling their tea in labeless bottles. The goal, as all of them explained, was to reduce plastic waste that the labels contribute to. That was doubled by another initiative of Itoen to revive the abandoned tea farm land for its bottled tea production. Thanks to this initiative since 2001 440ha of tea farm land in Miyazaki was revived and a new goal is to revive another 100ha in Fukuroi city in Shizuoka.

Shima city in Mie prefecture is also trying to revive the black tea production there, that has existed since the pre-war years. The project was started in 2007 and this year they could harvest 22.5kg of tea. Tea producers in Matsusaka city in Mie prefecture were also able to get the first harvest of the rare sun-rouge cultivar, that when brewed, results in the pinkish tea. Among the innovative tea farmers there is also the Kiroku Chaen that got featured in the Japan Times this month. Based in Wazuka town, Kyoto prefecture and led by three women, the farm strives to produce novel teas like roasted tencha or chabanacha – sencha with dried tea flowers.

Tea machinery manufacturer Kawasaki Kiko together with Tokyo IT company LaiBlitz released a new app, that records the usage of the tea machinery, like the fertilizer or pesticide machines. The belief is that the app will help with the tea farmer record keeping, as until now most tea farmers were making and keeping hand-written records.

In terms of tea related products some interesting novelties this month included a personalized tea brewing kettle, that not only selects the brewing parameters based on the kind of tea but also on the physical condition of the tea drinker. Packaging material maker Yoshimura also surprised the market with the paper cups preloaded with dry tea leaves inside the inner filter. The industry never misses to merge the tea and alcohol too, like tea infused gin or tea flavored sake. More of the novel product and innovation will be covered in the future releases.