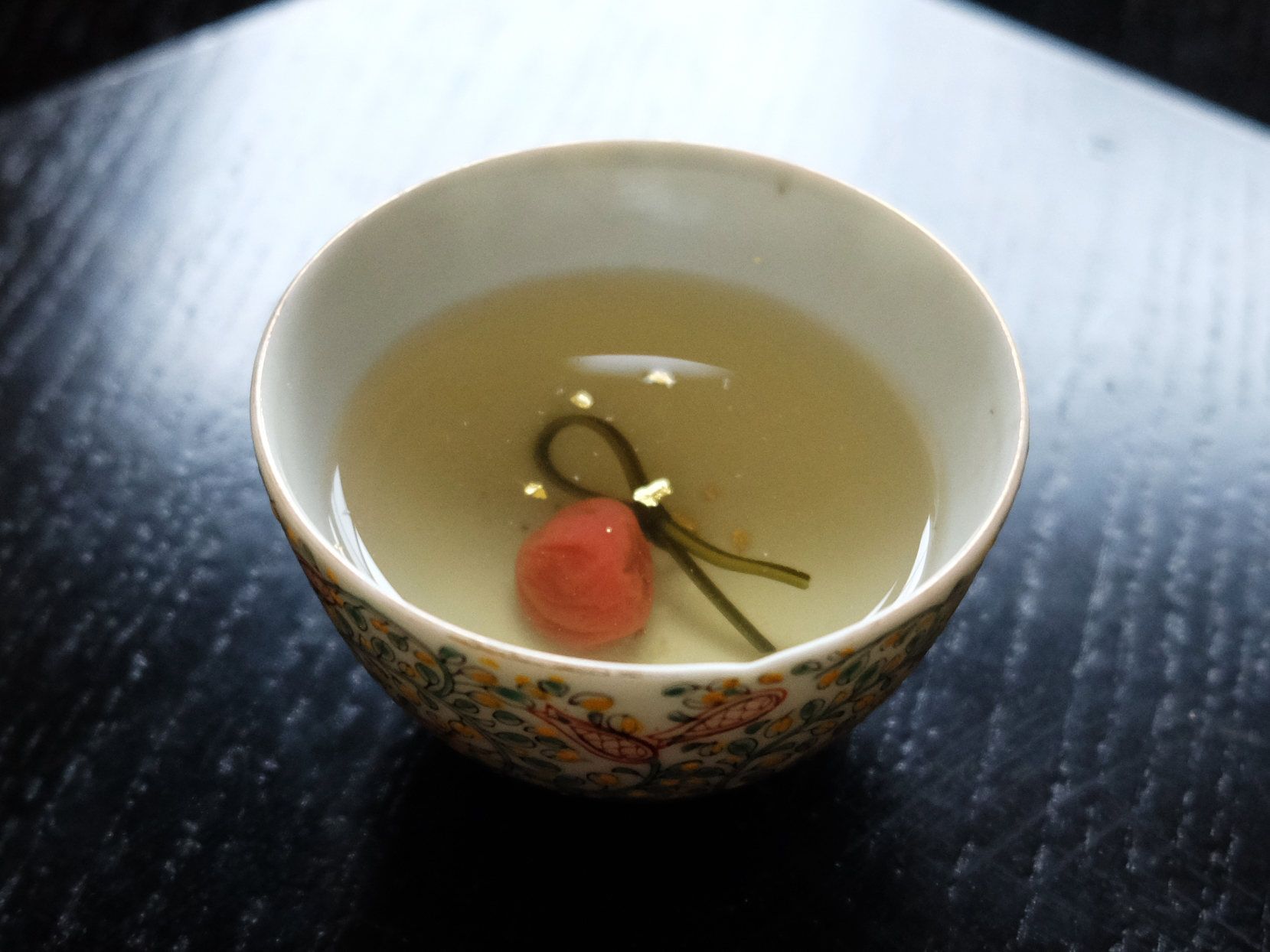 Have you heard of Obukucha – the special tea that people in Japan drink around the new year?

The name Obukucha (大福茶), translated from Japanese means good fortune tea. It is usually drunk on the first days of the new year to bring good luck and good health for the coming year.

The tradition was actually born centuries ago at a temple in Kyoto, called Rokuharamitsuji. The legend says, that in 951, when an epidemic was ravaging Kyoto, a Buddhist monk and the founder of the temple – Kuya, served tea with plum and kelp to the visitors of the temple, who came to admire the Buddhist treasures. It helped to alleviate the symptoms and the people recovered. The emperor Murakami too was served this tea, and upon recovery he made it a tradition to have Obukucha every year at new year’s.

While in the past it may have just been water, these days Obukucha is normally made with a milder soft tasting green tea, like a mild Sencha, Bancha or Genmaicha. Keeping the tradition, a dried Japanese plum – ume and a string of dried kelp – kombu, tied in a knot for good luck, are added to the tea cup. To make it more special and celebratory, some Obukucha may include some fine gold flakes too.

It is the most common to consume Obukucha early in the new year, but because of its association with luck and fortune, nowadays it can also be gifted and served on other special occasions like birthdays, weddings, etc.

To prepare Obukucha, first brew the green tea, the way you would normally do. Then add the dried ume and dried kombu in a cup and pour the tea over. To finish, sprinkle some gold flakes on top. The saltiness of kombu and the sour notes of ume will mix together with the green tea flavors to create a really unique tea.

If you happen to get your hands on Obukucha, we hope you will enjoy it. Happy New Year!