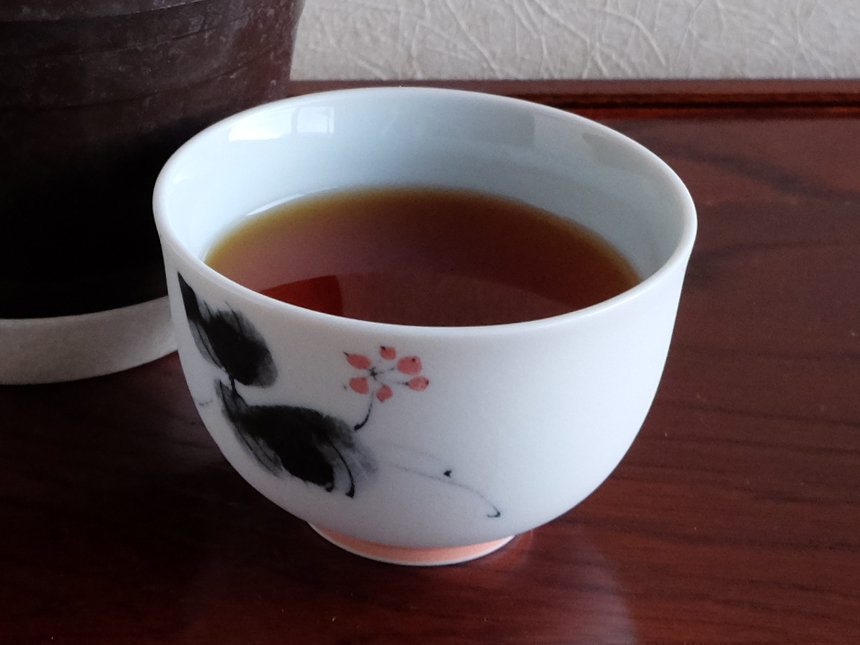 Red Tea from Japan: that is the exact translation of Wakoucha. But we in Europe call it a black tea, and for us black tea comes from India or China or Sri Lanka, not from Japan. And in a nation where the production of green tea is so dominant that for the biggest part of its tea history it did not even exist, Wakoucha is indeed an exception. But it is an exception with a base in the past, even if it is a small one, and today it is in the middle of a renaissance. A growing number of producers experiment with it, Japanese internal demand increases and during the last 20 years a recognisable ‘wakoucha’ identity developed. Since a few years the export starts to develop, driven by a few pioneers. Will this be enough to make Wakoucha a permanent asset to the Japanese tea world ? And what is the direction it should take ? Bigger volumes and lower prices ? Or better quality and higher prices in small batches ? This was the theme of my ITMA paper that I finished in 2019.

What makes this tea unique ? the cultivars. Japan has for centuries developed tea plants that were uniquely meant for the production of green tea, and that resisted oxydation as much as possible. For black tea oxydation is the point, and during the first half of the 20th century, when the tea was uniquely used for export, the industry concentrated on creating ‘black’ cultivars from Assamica cultivars. These are the ‘beni’ cultivars like Benihomare (the oldest one), Benifuki (the most succesful one) or Benihikari (the finest one). But the export never caught on, and when internal demand crashed in the 70ies due to the export of cheap Indian tea, the Wakoucha story seemed to be over. It was when young people started to use their ‘green’ cultivars, like Yabukita or Koshun, to make Wakoucha that a real new style developed: a black tea that kept many of the characteristics of its green brother. The mastering of the difficult oxydation makes black teas with incredible complexity and the most beautiful floral aroma’s, and the small batches talk very much of their terroir, their year and even the personality of their maker. Tasting them should be done like the tasting of great wines, with knowledge and curiosity.

If you are interested in this subject, you can follow my blog https://wakoucha.blogspot.com/ where I try to blend a tasting note with some background information about these wonderful teas. My paper is available on demand (erikdekeersmaecker@skynet.be).