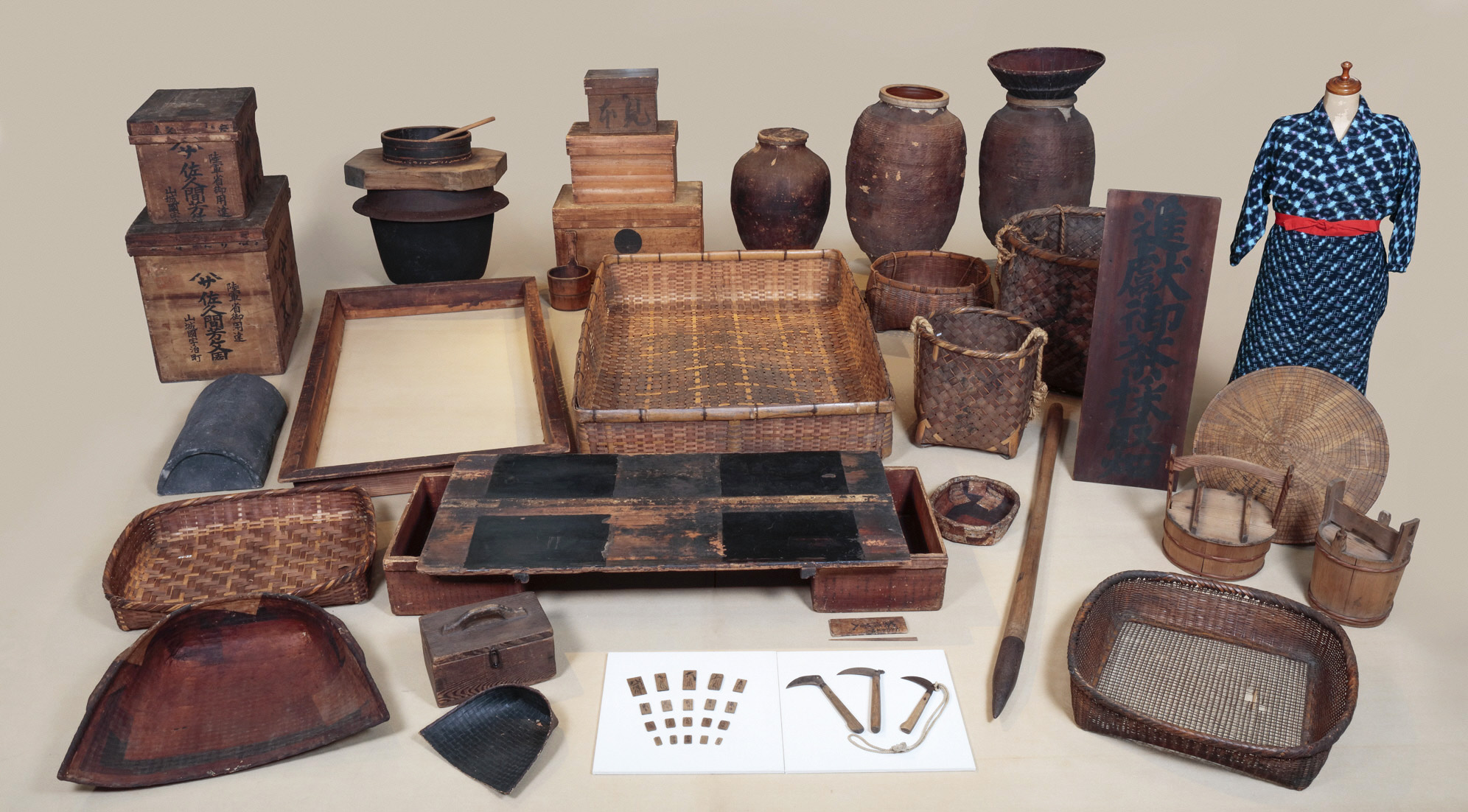 February is one of the coldest months in Japan. Soon, however, it will start getting warmer, spring is not too far away. This means, therefore, that it is time to prepare for the spring season. Tea farmers around Joyo city in Kyoto prefecture are using the time of February to weave the traditional covers made from dried reeds, that will be used to shade tea plants for high grade green tea production.

The production of green tea, however, has been decreasing over the last few years, and a lot of tea producers are looking for alternatives now. This is felt especially strongly in Shizuoka – the center of Japanese green tea production. Wherever focus still remains on green, though, there is a stronger push for organic production due to the growing demand abroad, especially in Europe. In its tea industry promotion plan Shizuoka prefecture is setting a goal to double its organic tea cultivation area to 400ha by 2025. In addition to that, individual tea farmers in Shizuoka are also exploring opportunities of producing other kinds of teas like black tea and even jasmine tea. In Kyoto prefecture, Ayabe city a new black tea using local tea leaves has been already released; and in Kyushu a new trial set of 6 black teas from 4 prefectures (Saga, Fukuoka, Kumamoto and Kagoshima) has been launched too.

Looking back at the history, Uji city in Kyoto prefecture has been able to register 397 tools of tea production and sales from the late Edo period to 1960s as a tangible cultural property of Japan. Most of them were donated to the city by farmers and wholesalers due to mechanization or closure of business. Some of these tools are included in the permanent collection.

This year the World Green Tea Association, that was established in 2001 and is located in Shizuoka, celebrates their 20 year anniversary. In addition to disseminating information on tea, the association has also participated in the “World Tea Festival” held by Shizuoka prefecture once every three years, and has played a part in creating the “City of Tea” in Shizuoka.

February is also the time when the Japanese Tea Instructors Association announces the results of their tea instructor certification program. This year 34% of the candidates passed the exam, and the association certified 154 new Japanese tea instructors. Among them are two American men residing in Shizuoka and working to promote Japanese tea abroad.

Talking about new efforts on tea promotion, there is also the crowdfunding campaign by Hideki Ikeya from Ikenoyaen. Wishing to promote the local tea brand in Saitama prefecture – Sayama tea, Ikeya-san held a crowdfunding campaign in February, with a few different options including common Sayama teas, a few interesting herbal blends as well as a unique bottled tea.

Hopefully the new season of tea will come with new energy. We are waiting with anticipation.