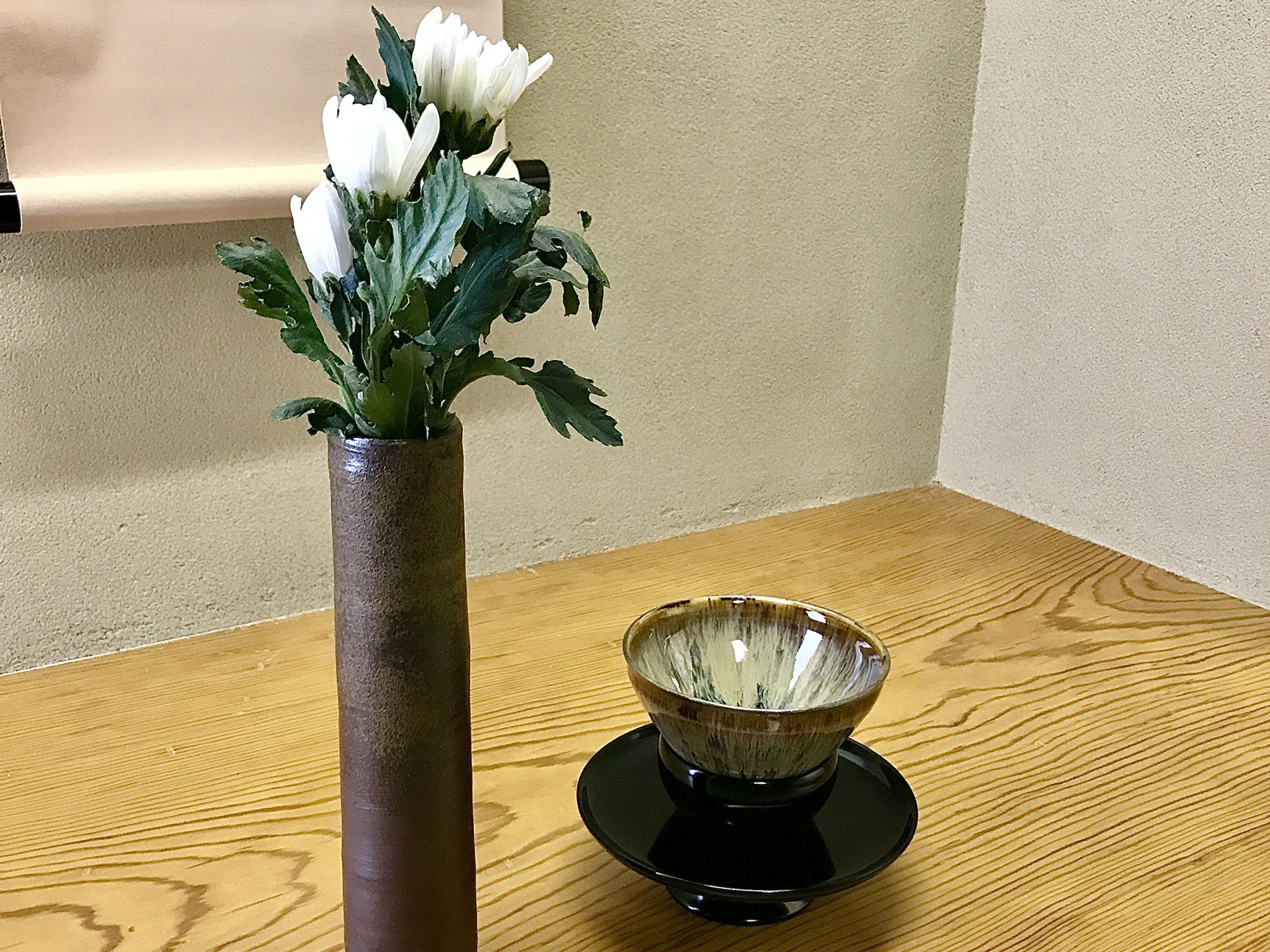 Sen no Rikyu is known as the father of the Japanese tea ceremony. But, who exactly was Sen no Rikyu?

In ancient times, when monks traveled to China to learn about Buddhism and other arts, they used to drink tea as a way to stay awake during long meditations. Later in Japan, this practice developed into a whole ritual directed towards guest hospitality. Sen no Rikyu (1522-1591), an Osaka-born merchant and tea practitioner, collected and established a set of guidelines for the practice of making and serving tea to the gathered guests.

Sen no Rikyu served to the daimyo Oda Nobunaga, who enjoyed collecting tea utensils during the spare moments in-between the wars. After Nobunaga’s death, Sen no Rikyu became a tea master to his successor Toyotomi Hideyoshi, who also enjoyed the practice of tea.

While Sen no Rikyu was not the first in the development of the Japanese tea ceremony, he spent time learning from earlier masters and helped to clarify what the concept of the tea ceremony should be. In contrast to the lavish lifestyle that Japan’s capital had, Sen no Rikyu advanced the development of wabi-cha, a concept where the focus is on tea and that moment in time, rather than the expensive and distracting tableware. This philosophy emphasized respect, humble simplicity, and the embrace of imperfection.

Sen no Rikyu certainly had an impact on history as he laid the path for what we now know as the Japanese tea ceremony. An interesting fact, since then, 400 years ago, tea ceremony practice has changed very little in terms of the core concepts and delivery.

Today the legacy of Sen no Rikyu is preserved by the san-Senke – three tea schools in Kyoto, namely Omotesenke, Urasenke and Mushakojisenke. All three, named after the location of their house (in front, behind, and in the Mushakoji area), were established by Sen no Rikyu’s great grandsons. These schools continue teaching the tea ceremony, with the emphasis on Sen no Rikyu’s wabi-cha philosophy.

However, what happened to Sen no Rikyu?

It is said that Hideyoshi, then daimyo of Sengoku period in Japan, had continuous disputes with Sen no Rikyu about his ways of doing or living, and at a temperamental moment, ordered Sen no Rikyu to commit seppuku (a type of suicide).

*The article was written by our Tea Fellow Alba Ameller. The photo was also provided by Alba. You can follow Alba on her instagram page Dokodemocha.