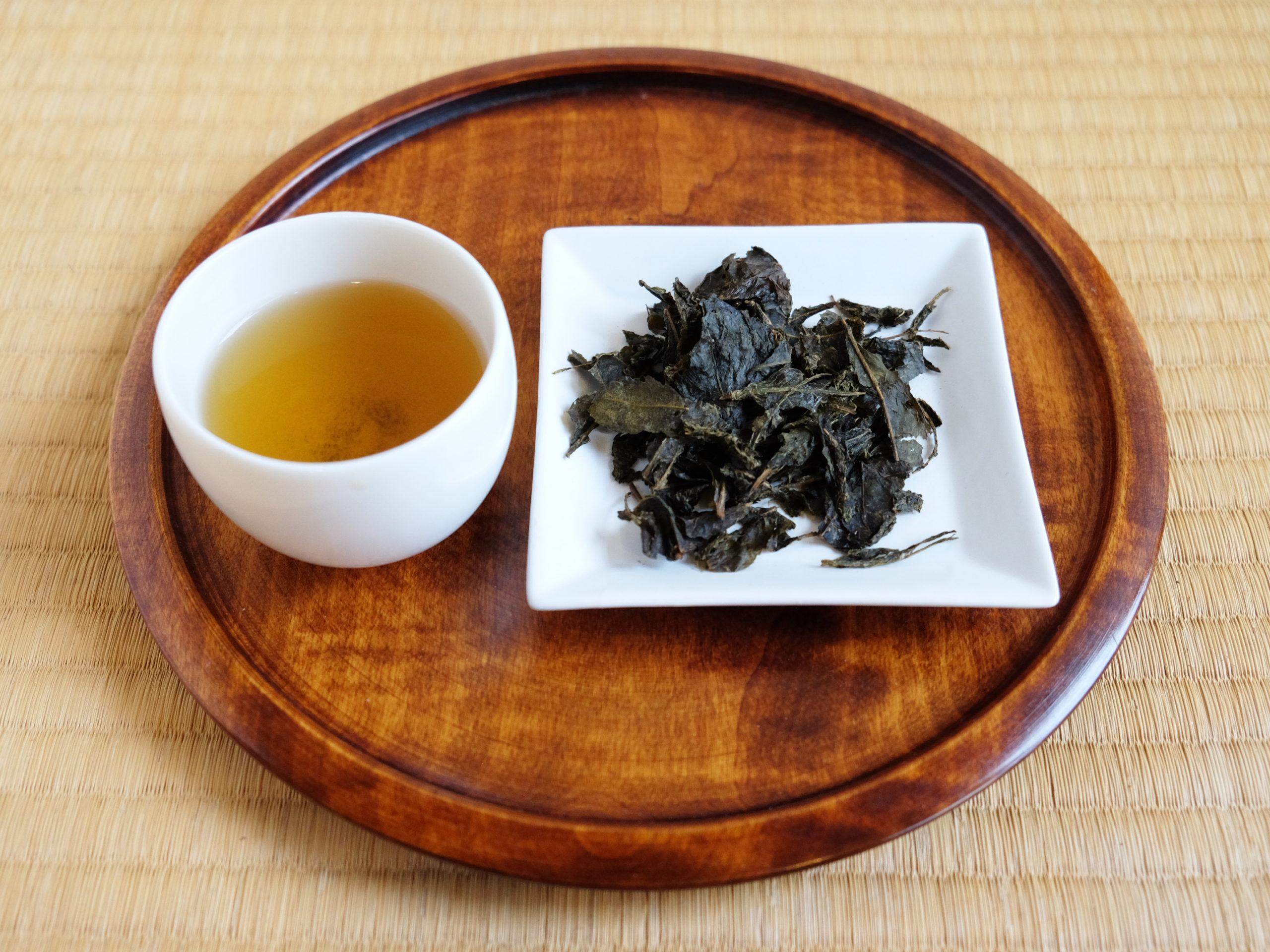 Ishizuchi kurocha is an extremely rare tea. It has been produced in Japan for centuries, but its precise origins, always associated with the same legends about monk Kōbō Daishi and its legacy, remain nebulous and elusive as they fade in the fogs of history.

The tea’s production is unique to Ehime Prefecture where it is still produced between the city of Saijō and the remote mountainous ranges in the north-west of Mt. Ishizuchi, one of the Nihon Nana Reizan (Seven Holy Mountains) and the highest peak in Western Japan.

The name Ishizuchi kurocha, meaning “black tea of Ishizuchi,” was given by Buddhist travelers after the color of the fermented leaves and the tea’s birthplace. Local people used to offer this tea as a refreshment to pilgrims walking up to the area during their journey to visit the 88 temples of Shikoku.

The production was most prosperous during the Edo, Meiji, and Taishō eras. During the modern Shōwa era the strengthening of the capitalist economy that coincided with the gradual transition from rural, family-run productions to big cities’ companies, sanctioned the decline of smaller farms. Consequently, the number of producers decreased until the production almost disappeared. Eventually, a few decades ago, the techniques and knowledge for this unique tea production have been recovered thanks to the dedication of researchers’ groups and regional authorities supporting the preservation of the local food culture.

The leaves are harvested in July, when the farmers climb the mountain slopes, up to an elevation of 600 meters, to collect the leaves by cutting the whole branches. The double-stage fermentation process takes place in a similar way as for goishicha, but with some differences. For example, branches and leaves are thoroughly washed and rinsed many times with pure spring water before being steamed. The steaming process lasts longer, about 90 minutes.

After being separated from their branches and placed over clean cloths, the leaves are piled inside wooden boxes, stocked, and left to rest 5-10 days inside old storehouses located deep in the heart of the mountain. The very particular combination of climate and elevation on Mount Ishizuchi is necessary to produce this tea without introducing harmful bacteria. During this first fermentation, the leaves develop a yellow color and a white mold coating. The molds are uniformly spread over with a hand-rubbing procedure. The second anaerobic fermentation stage is carried out in the same way as goishicha, inside big barrels where the leaves rest tightly stuffed for two weeks.

Finally, the leaves are removed from the barrels, spread over planks, and regularly tossed to ensure they dry completely under the sun. Due to the fickleness of the weather, it is essential to determine the best moment to start the drying operations and secure the successful completion of the tea. Locally, Ishizuchi kurocha is also sold as Tengu kurocha and praised for its curative qualities, like its anti-allergic effects. Besides, the high content of GABA (gamma-Aminobutyric acid) is responsible for the tea’s relaxing properties.

The low content of caffeine and tannins make the taste of Ishizuchi kurocha mellow and rich in umami, while the fermentation gives it a pleasant sour feeling.

This versatile tea can be either brewed or boiled. If brewed using a side-handle kyūsu or a teapot, the recommended amount of water is 300 ml for 2-3 grams of leaves. The boiling water can be poured directly on the leaves, soaking them for 1 to 2 minutes. The amount of leaves for boiling is 3-4 grams in a 1-liter kettle and the simmering time about 10 minutes. The boiled liquor can also be cooled down and enjoyed as a refreshing drink, while the dry leaves can become an ingredient in lots of recipes.