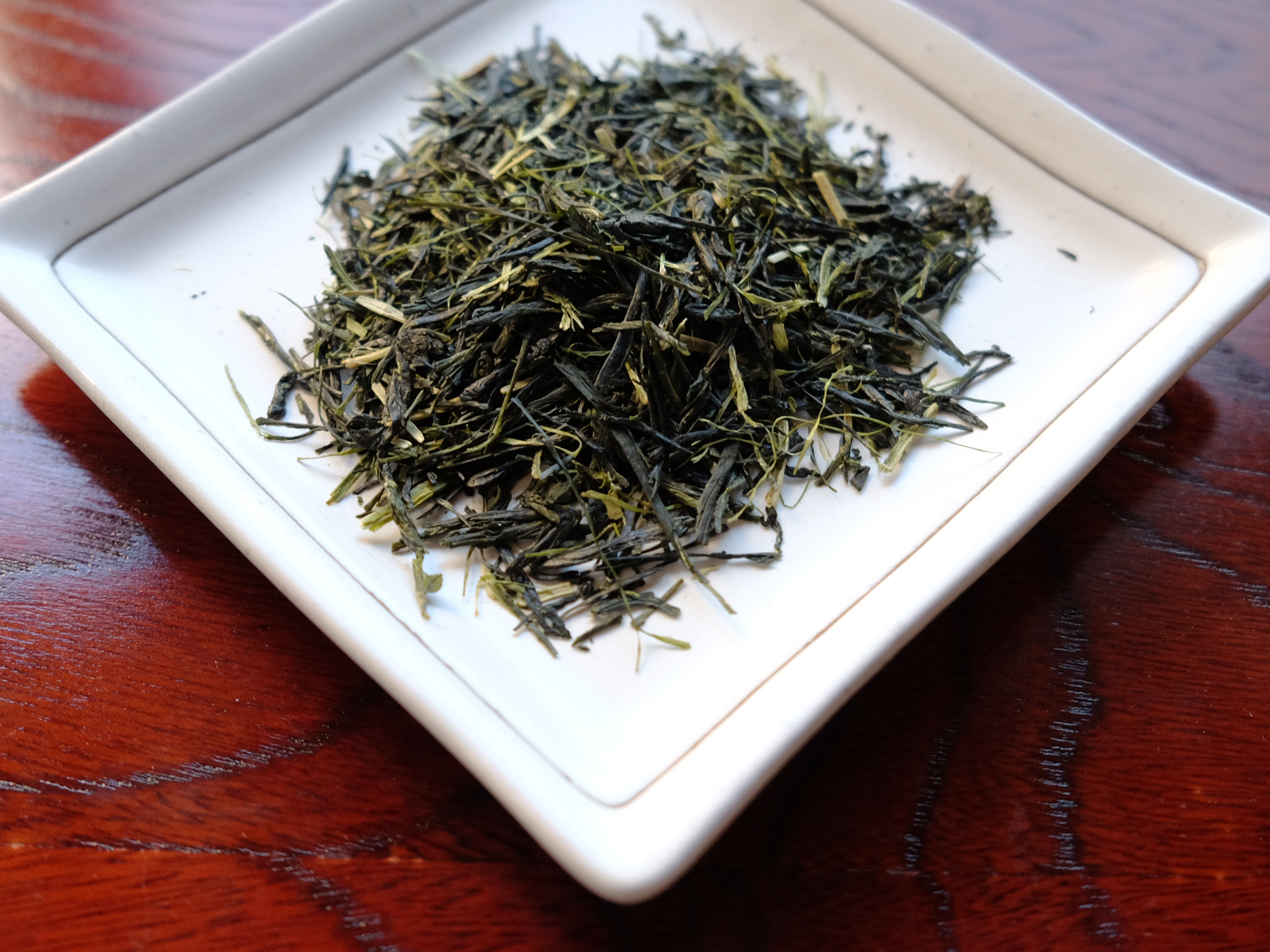 Spring is when some of the most prized Japanese teas are made. Called ‘jade dew’, Gyokuro is one of the highest-grade teas of this season. Rich an umami unlike any other tea, Gyokuro is appreciated in Japan and around the world. But how did it come to be and how is it produced?

The story has that it was created in 1835 when Tencha shading method was applied in Sencha production. This resulted in a rich and dense liquid completely different from what was known as Sencha. No wonder it got called ‘jade dew’.

Traditionally Gyokuro was mostly produced in Kyoto (Ujitawara and Kyotanabe areas). These days Fukuoka (especially Hoshino area) is famous for Gyokuro too.

To produce Gyokuro, tea leaves have to be shaded for about 3 weeks. Typically shading is applied in an elevated shelf structure built around the tea field. In the past it was common to shade with natural reeds. These days synthetic black netting may be used too.

Gyokuro is usually harvested at the end of May. Traditionally it used to be picked by hand, and there are still a few tea farms that continue to do so today. As elevated shading structures allow more space for the new growth, tea bushes for Gyokuro may have 5-6 leaves of the new growth and it is common to pick them all, not just the bud and two leaves. In many cases tea fields for Gyokuro will only be harvested once a year to ensure that tea bushes remain healthy and vibrant, and are able provide a delicious abundant harvest the following year.

In terms of processing, it is very similar to Sencha. At first tea leaves are steamed to stop the oxidation. Then they area massaged and rolled for several hours to break the tea leaf cells. After that the tea is dried for long term preservation. Stems may also be separated from the tea leaves to become another beautiful tea – Karigane.

Some fresh Gyokuro of this year may already be available. Traditionally it was common to mature Gyokuro for about half a year. This allows to reduce the sharpness, typical to fresh green tea, and helps to develop more round mellow taste. So you don’t always need to rush for it.

When brewing Gyokuro it is always recommended to cool down the water, especially for the first infusion. Some place may even suggest the temperature as low as 40-50°C and brew for about 90s. This way bitterness will be minimal and umami will be expressed the most.

If you have tried Gyokuro this year, please let us know what you think