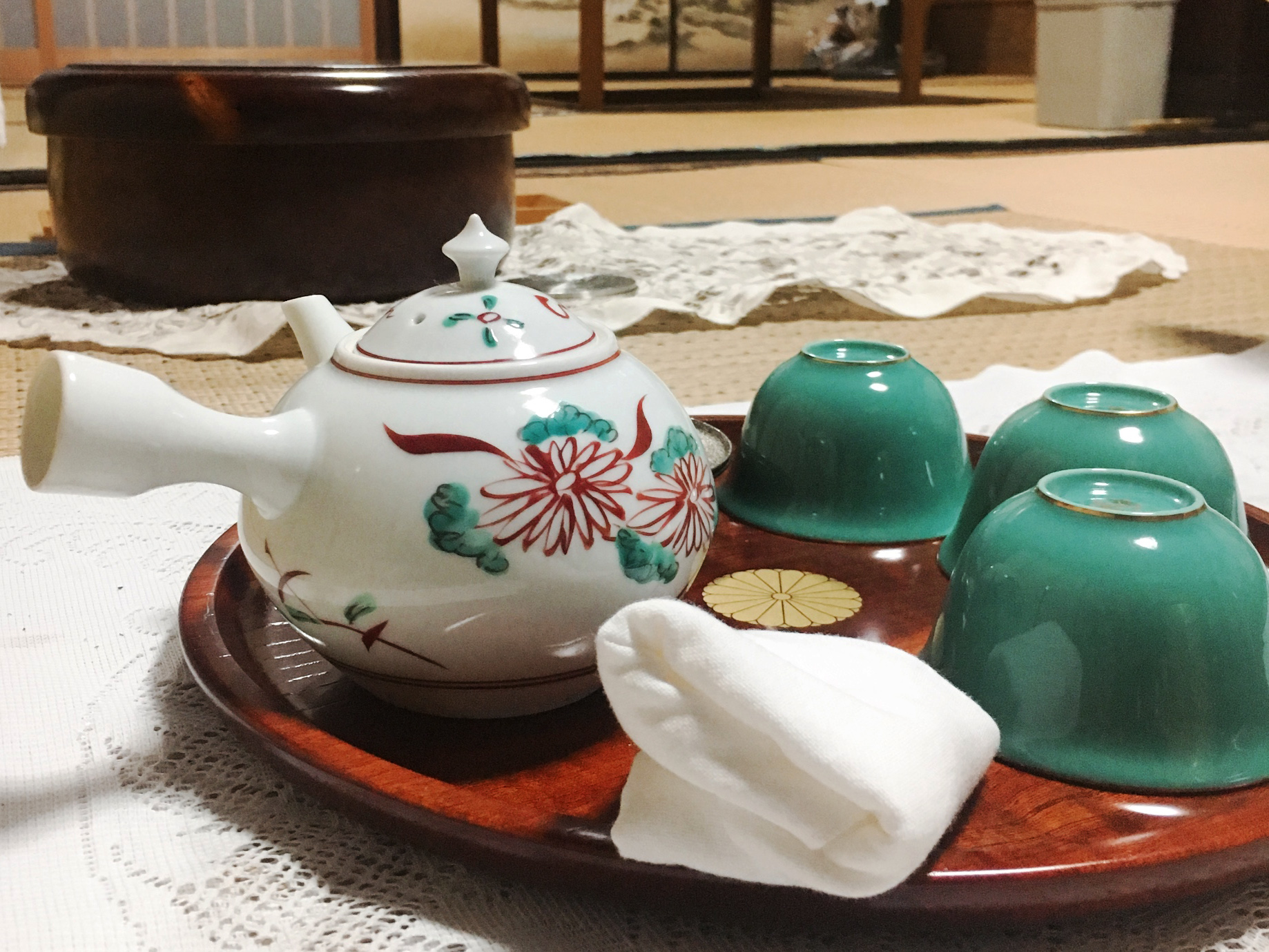 Tea ceremonies are a part of the Japanese culture, where the host and guests come together in a tea room to participate a performance of the traditional ritual. Many are familiar with Sado, the tea ceremony that involves Matcha. The other tea ceremony, Senchado, that involved Sencha, is much rarer; and unlike Sado, that has a more formal scripted dialogue during the serving of Matcha, Senchado allows a more casual interaction between the host and the guests.

The history of Senchado started after the spreading of Sencha by priest Gekkai Genshō or known as “Baisaō, the “old tea seller.” Senchado is traditionally passed from teacher to student as it is hard to find manuals to learn it. A local tea instructor – Kaoru Nakai, who teaches Senchado, is associated with the Senryū-ji Buddhist temple in Kyoto. Her style of Senchado is normally performed for the imperial family on special occasions such as the crowning of the prince or the emperor visiting the head-temple once a year. The apron that is worn by the host during the ceremony, called fukushitsu, is also the same apron worn by women who work for the emperor.

One style of Senchado tea ceremony is “‘kakubon no hiratemae’ (standard ceremony with square tray), but there are many variations on the Senchado ceremony, with various shapes of trays and teaware. 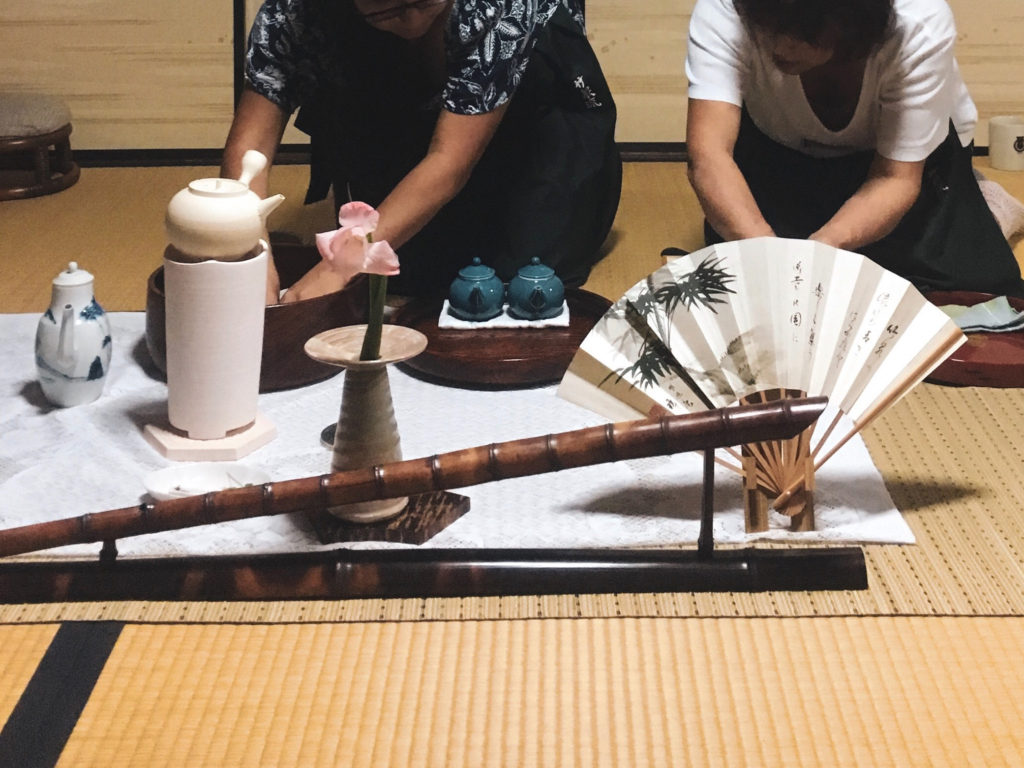 Before the start of the Senchado, the guests enter and are seated in the sitting room, where they will be served some drinks while waiting for the ceremony. The host then takes the guests into the main room where Senchado ceremony takes place. There is a special place for the main guest as the seat of honor – the spot on the left side of the host, which means that the main guest will be served tea first, and the other guests will receive their tea after.

A seasonal flower is placed in a vase and a fan that is placed between the host and the guests to show the sign of politeness and respect. A stick of light incense is lit at the start of the ceremony as well. 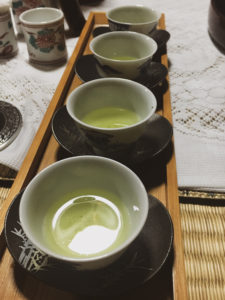 The host enters the room, prepares the first infusion of tea and serves it to the guests. Then a sweet, normally “Higashi” (a dry sweet from sugar and rice flour), is served  by the host or the assistant. At this time the host interacts with the guests to answer their questions while they are waiting for the preparation of the second infusion. After the second infusion, the host asks the main guest if he/she would like some more, but the main guest usually politely declines. That is the sign to finish the ceremony.

During Senchado the movements of the host have some complexity, as there is a particular way holding tea utensils and pouring the tea. The host will be mindful watching over the tea and will first pour a bit into the last cup before pouring into each cup. This is done to check the strength of tea and the host will drink from the last cup, also known as the ‘host’s cup’, before sharing with the guests to making sure the tea tastes rich.

Senchado is quite simple and beautiful. Rehearsing it many times makes the host’s gestures of preparing and pouring tea calm and relaxed. The light and casual atmosphere of Senchado helps everyone, involved in it, feel at ease.