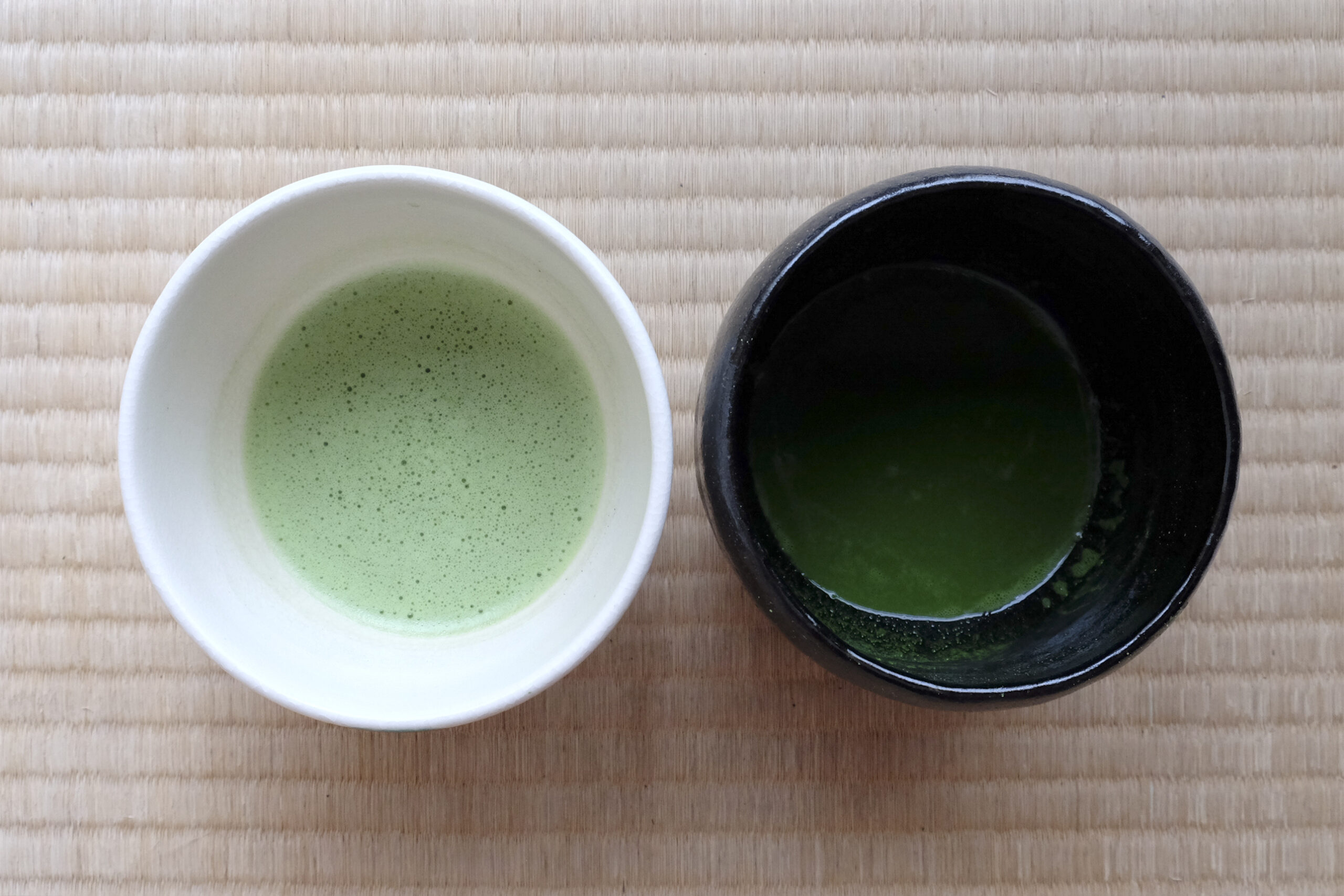 We have already released a few articles about the Japanese tea ceremony – chado, as well as about what matcha is. But if we look at a more practical side of it, how is matcha prepared?

Traditionally – and during tea ceremonies – there are two ways of preparing matcha: thin tea – usucha (薄茶) and thick tea – koicha (濃茶). Today we will focus on the less known and less common version – koicha.

If we compare it to any other brewing method, we can say that koicha is a very peculiar way of drinking tea. It stands out even when compared to usucha – which nowadays has become the common way of whisking matcha. With koicha, as the name suggests, what we actually consume is more of a very dense cream, almost a paste, rather than a beverage. This style of tea is normally served during the full-length tea ceremony that is commonly called chaji (茶事). The tea is prepared by the host, and one bowl of koicha is shared by several guests. Each guest drinks 3 sips, gently wipes the rim with a special napkin and passes the bowl to the next person (at least that was the practice before the pandemic).

How is koicha prepared? Some steps are similar to usucha. In both cases, it is important to sift matcha before using it. The tea bowl is also usually cleaned and warmed up with hot water. And at the same time the chasen is dipped in that water to soften up. Once the water gets discarded and the tea bowl dried with a cloth, the matcha powder is placed in the bowl. Here come the differences in the preparation. For koicha the ratio of tea to water is much higher: 3 scoop of matcha are used for each guest (that is about 2 grams of tea), while only 30 to 40 ml of water are enough. The way of using the chasen is also quite different. While for usuacha the tea is usually whisked, for koicha the gesture is slower: it is more a gentle mixing of the paste and in Japanese the term used for it would be kneading, instead of whisking. Practically, it is made by drawing two horizontal and two vertical lines inside the bowl (as if drawing a board for tic tac toe at the bottom of the bowl) until all the powder is well mixed with the water. The result is a shiny dark green tea of a syrupy consistency and the taste is very intense. One note to add is about the water temperature. Many would suggest lower temperature for green tea, but in the tea ceremony, the water is straight out of the kettle – chagama where it has boiled. Therefore, the water used is not boiling hot, but close to it.

Koicha therefore has a strong and intense flavour, packed with umami. Koicha being so condensed, a very important thing is the quality of matcha used to prepare it. The high grades of matcha are always from plants that have been shaded for around 4 weeks and always from spring harvest. For koicha, the quality standards get even higher. The shading might be even longer and very heavy that barely any sunshine goes through; and the harvest may even be done by hand to ensure only the very best leaves are picked.

All in all, the peculiarity of koicha might not be everyone’s cup of tea. But it is indeed something very special and it is almost an honour to taste it at a tea ceremony. But beware: the danger of trying it once is that you might fall in love with it! You’ll then become quite a spoilt tea drinker 😉