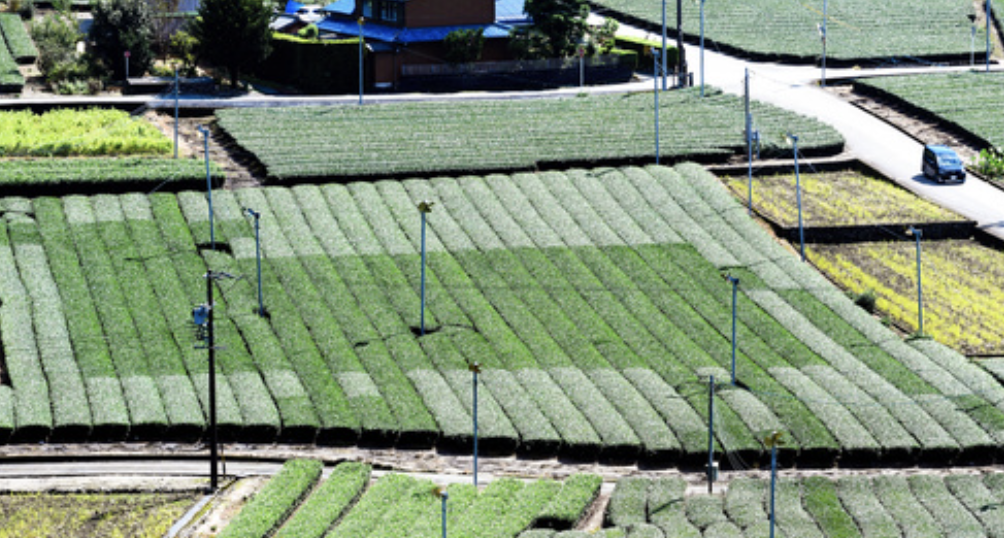 The end of October. Tree leaves are already turning yellow and red. And it is almost the end of tea harvesting this year.

With rising costs of fuel and fertilizers for the tea producers the year has been hard. Hence, to support tea producers, Shizuoka Prefecture has designed a subsidy plan. It targets the production of rough tea – aracha and will cover up to a half of the fuel price increase experienced between April and October. The total budget is 940 mln. yen and the application is open until the end of November.

In Saitama Prefecture, Iruma City has enacted a Sayama Tea Lovers Ordinance. It encourages Sayama tea producers to promote tea culture and recommends that residents drink one cup of tea a day. The ordinance also includes the city’s support for research on Sayama tea and it dedicated the first Sunday of June as Sayama tea day.

Kyoto City, on the other hand, has recently been criticized for public overspending, including a tea room at the City Hall that came with a price tag of 36mln yen. Yokkaichi City in Mie Prefecture also made news, as it has been revealed that one of the tea agricultural cooperative employees embezzled funds in 2018, and authorities were not notified. Another city in Mie Prefecture – Matsuzaka was also featured, but due to the tea field art. To highlight the regional specialty – Matsuzaka beef, an image of the cow was created on the surface of the tea farm.

October was also a month for several tea events. The Uji Tea Festival was held on 2nd October, but due to the pandemic the size was reduced again. In November, though, Uji will hold the National Tea Festival that comes along with the National Tea Competition held in Kyoto earlier this year. The festival will include the awards ceremony and many different tea activities.

October was also an active month for tea ceremonies. On 7th October Omotesenke tea school held a special tea ceremony at Daitokuji temple commemorating the 350 years since the passing of its 4th Iemoto. On 12th October, Urasenke tea school held a tea ceremony in Kashihara shrine in Nara Prefecture. It was the first time in 32 years that Urasenke Iemoto himself performed the tea ceremony. And on 15th October, the Grand Tea Ceremony that started in Tokyo in 2020 was held in Tottori. In the coming year it is planned in Fukuoka.

Among the new products Suntory has recently released a new bottled drink called ‘Kyoto Lemonade’, that combines the flavors of lemon, honey and tea, provided by Fukujuen. This may mark a shift in the bottled tea drink industry from pure teas to flavored drinks. In Saga Prefecture new Ureshino Tea Extract Powder, came on sale as well. It is produced in a way that it easily dissolves in water and has no residue. In Saitama Prefecture an Italian restaurant has also started selling frozen pizzas using Sayama tea.

As the busy time of tea production is almost over, perhaps there will be more time for experimentation and new product creation.