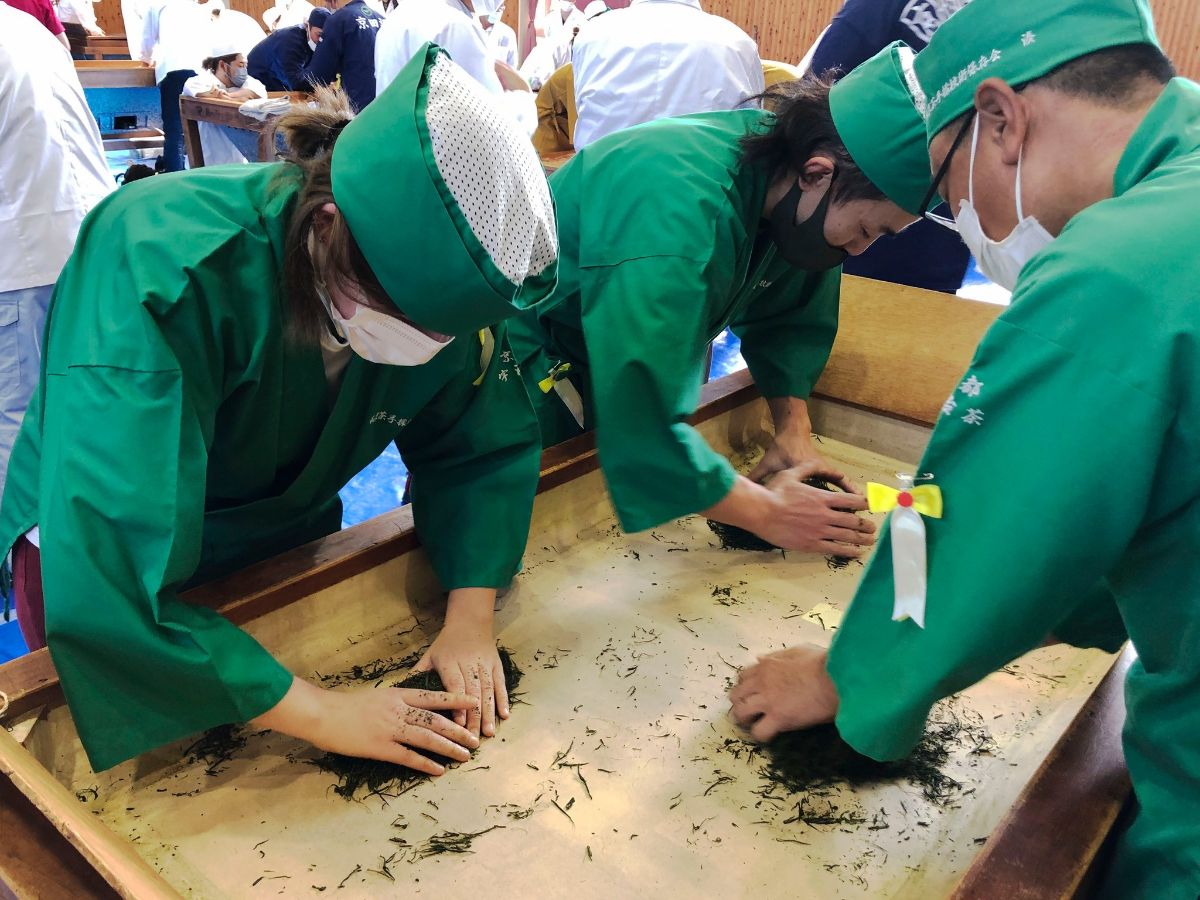 National Tea-Hand Rolling Competition is held to preserve the hand-rolling traditions and to determine who can produce the best hand-rolled tea.

Usually the competition is held every year, but due to the pandemic it was canceled twice: in 2020 and 2021. Hence, in 2022 it took place after a two year break. This time it was held in Fujieda City, Shizuoka Prefecture and 26 teams from 15 prefectures competed in the groups of three, including the president of our association – Simona Suzuki, who was representing Kyoto Prefecture and Wazuka Town.

All the teams received the same tea leaves, that had been harvested earlier and preserved until the day of the competition. The competition took 5 hours, during which time the fresh and soft tea leaves turned into thin and long tea needles. Then judges proceeded to evaluate the dry appearance of the tea leaves as well as the appearance, aroma and the taste of the brew.

This year the winners were the team from Saitama prefecture including Masahiro Okutomi, Takaaki Arai, Tadashi Kanno. A team from Nara received second place and a team from Ibaraki came third. A huge gratitude to all the contestants for helping to preserve the old traditions, and sincere congratulations to the team from Saitama with the great result. 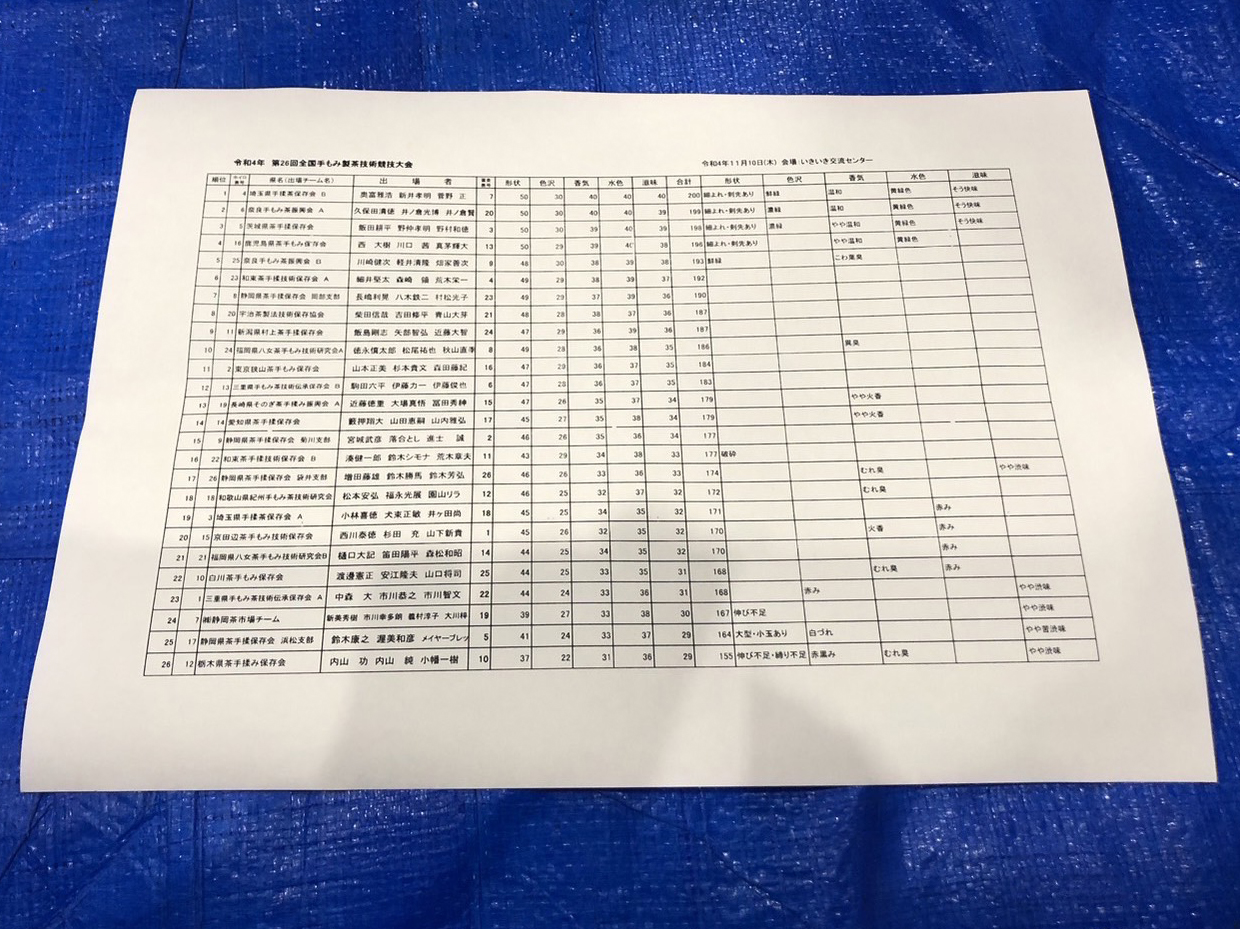