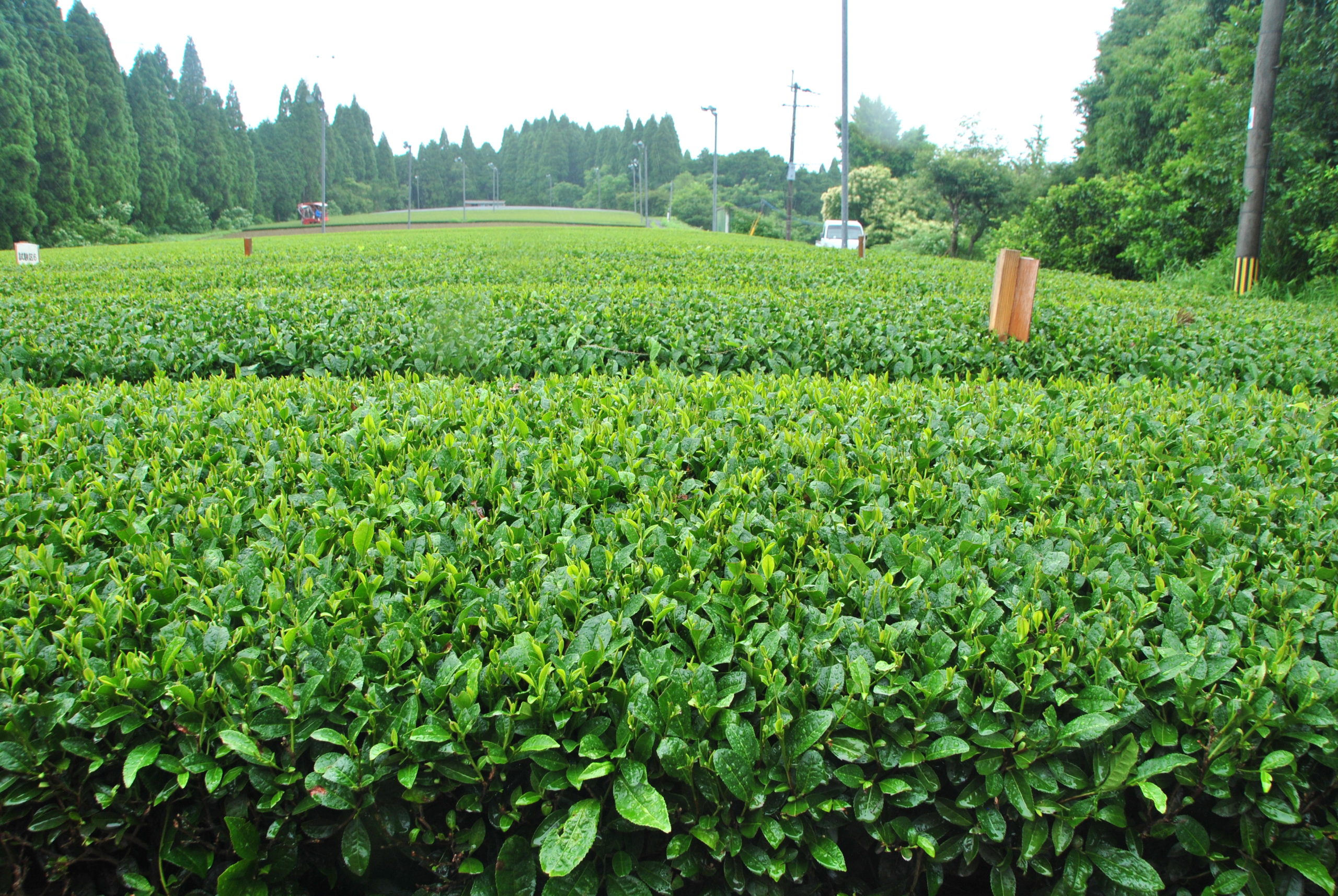 On the 23rd of March we had one more Meet the Tea Farmer event. This time, the guest was Koichi Henta – 2nd generation tea farmer from Kirishima.

Henta Seicha tea farm was started by Henta-san’s father 50 years ago on a very small plot of land. At that time, a tea specialist went to the area and taught tea farming to the people, telling them that tea was the future. Nowadays they have grown to 25 hectares of cultivated land. And even his two sons are helping already managing the farm.

Henta-san focuses on sencha and matcha particularly and has been cultivating tea in an organic way for the past 20 years. His town is located in Kagoshima prefecture, but deep in the mountains of Kirishima: organic is not difficult to produce there. Henta-san says that up there, organic cultivation is not difficult to make, actually. And Kirishima is now the No.1 in terms of organic tea production in Japan! Henta-san told us the area where he lives is very suited for growing tea. The altitude is around 200m and the type of soil is red soil – especially good for tea.

At this event, we could taste a sencha and a matcha. The sencha offered by Henta-san is one of the highest grade teas he makes. It is a curious blend of three different cultivars – each one processed at a different steaming time! Henta-san explained us that in this tea, Yabukita cultivar gives the base, and it was medium steamed. Saemidori works well when it is deep steamed. Finally, Okumidori gives a beautiful aroma, and it was light steamed. He blends the three cultivars after processing each one into sencha separately and tasting them. He recommended brewing it at 70ºC to 80ºC  for 40 seconds – this way it can be a bit richer. The participants quite liked this tea! Very fresh in aroma and very creamy on the palate.

The second tea was a matcha – also one of the highest grades he makes and from Saemidori cultivar. This time, Henta-san surprised us with completely different brewing instructions than expected! He suggested to try making it cold with some ice, some soda and a dash of alcohol. Shake it all together and enjoy it as a tea cocktail! Experiment and trying different ways of enjoying tea is also fun! One of the participants suggested mixing matcha with yuzu juice and sparkling water.

During the event, lots of questions were asked by the attendants. Some where specific about tea farming and one about fertilizers used. Henta-san said that tea likes the same food we like. He uses fish, fish bone and other animal bones for fertilizer. Another interesting question was about climate change and draught. Henta-san says that from his point of view, draught is not a problem yet in Japan. The climate there is quite humid and the soil can absorb the moisture from the air. Even if sometimes in summer it might not rain so much in the surrounding areas, somehow it does in the mountains of Kirishima. But he mentioned that one of the important things for tea is temperature difference: if there is difference between day and night, that contributes to higher quality in the tea. If temperature is getting warmer, then we have a problem. Thankfully, in Kirishima that does not seem to be the case yet.

Henta-san has often travelled abroad to promote his teas. He visited Los Angeles and San Francisco in the US and has been visiting Germany and France quite often. He says that despite the difficult situation that Japanese tea is having nowadays, “Thanks to all of you we are having more tea abroad, so the situation is getting better”. We are very happy to hear that! Once more, what an interesting tea time we had. Thank you so much, Henta-san.