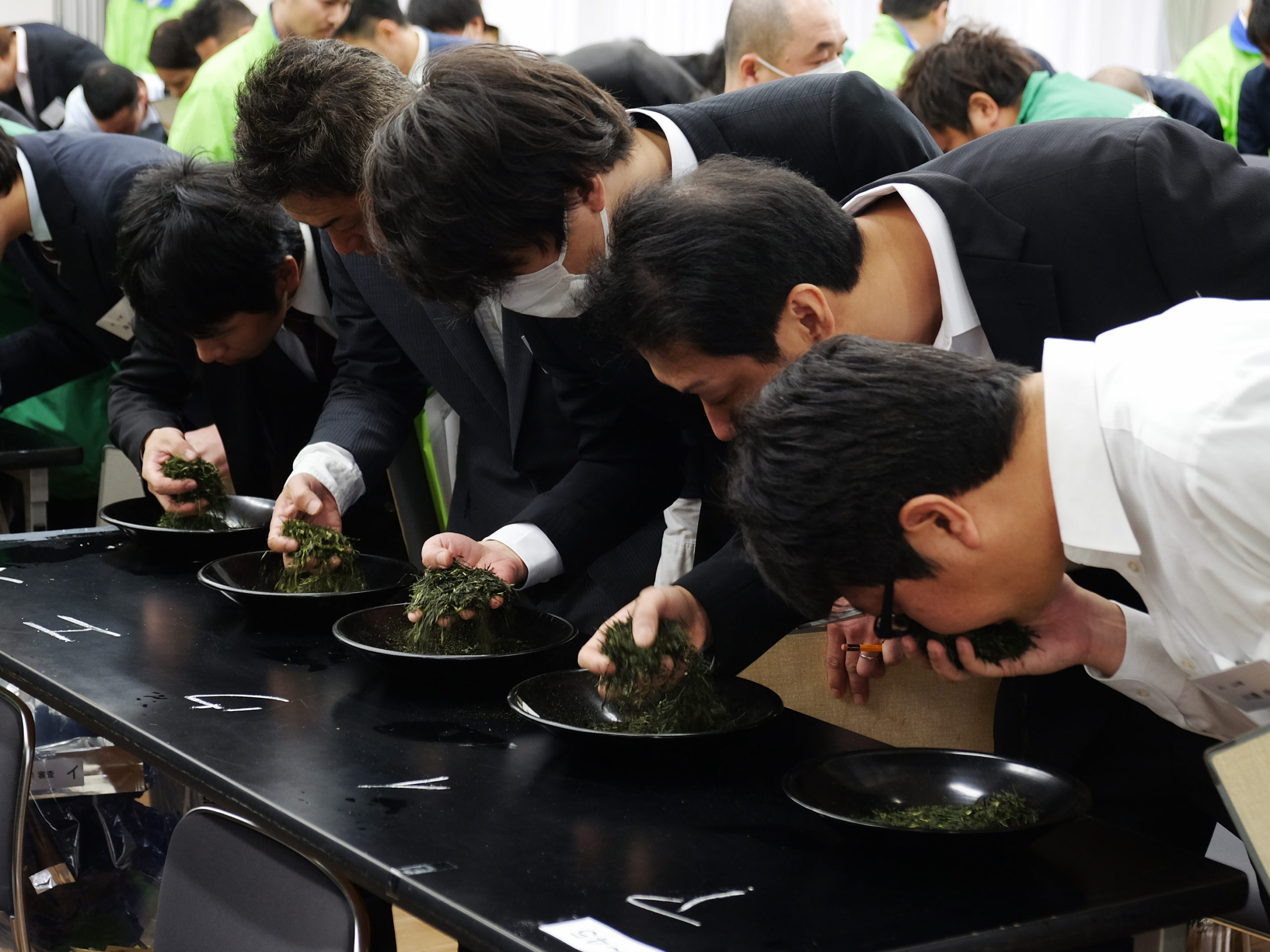 Japan, one of the ten largest tea producers in the world, have a large number of tea professionals involved with Japanese tea in one way or another: be it tea farming, tea processing, sales, education, etc.

At the beginning of each year young tea professionals train with each other and in March the selected best few take part in regional and later national competition.

Honestly, the Tea Professional Competition is really hard even for someone who has worked with tea for several years.

The first part of the competition is recognizing a tea cultivar from brewed tea leaves, paying attention to the color, shape and aroma of the tea leaves. In preparation for the competition the participants are given 7 cultivars to train with, 5 of which are included in the competition.

The second part of the competition, that most participants find a bit easier, is recognizing the harvesting season: spring, summer or autumn, from the dry tea leaves. Usually looking at the shape and color of the tea leaves it is not too difficult to assign the correct season.

The third and one of the most difficult tasks is to recognize a tea region from dry tea leaves. For each of the teas: Sencha and Gyokuro, there are five regions like Shizuoka, Kagoshima, Kyoto, etc. Participants have to correctly determine the region from the looks and aroma of the dry tea.

Lastly is chakabuki or blind tea tasting. During this task participants have to identify the tea (for example Shizuoka Sencha, Kagoshima Sencha, Uji Gyokuro, etc.) from the its brew. The teas are served one by one and the answer has to be given right away, without the chance to compare the current tea with the next one.

This year the competition in Kyoto was held on 10th March. Over 100 participants from various regions of Kyoto gathered together to take part in the competition. After around 3 hours of intense tea evaluation, winners were announced. The best tea professional of Kyoto 2019 is Yamashita-san from Uji.