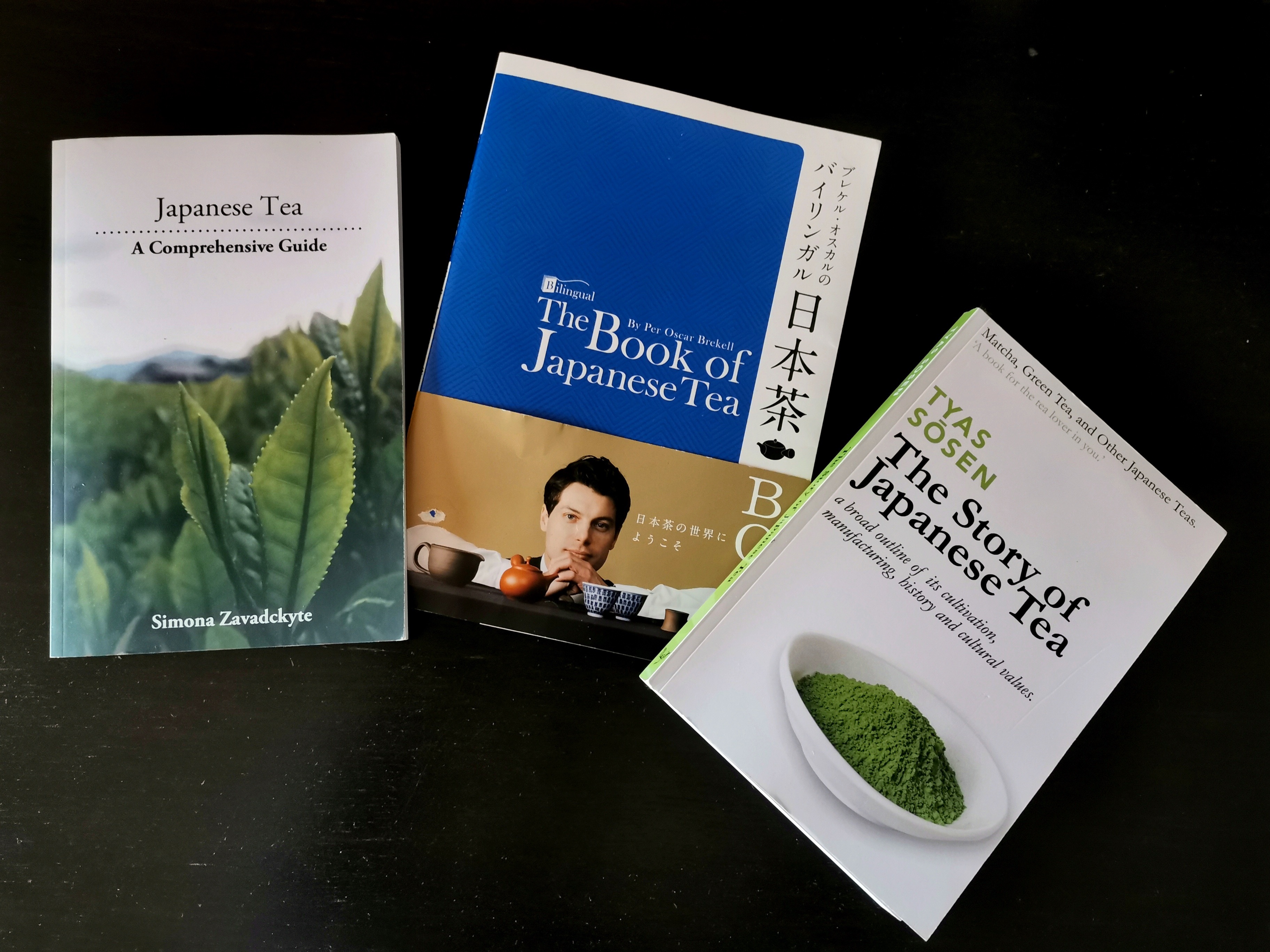 As we keep on saying, there is not much information on Japanese tea that can be found outside Japan and in other languages than Japanese. That is why, during 2019, we have been super happy to see the outcome of two new books about Japanese tea in English! As the newest one was published just last month, we decided to use this excuse to share our reviews on 3 publications that we value deeply. Read here below our reviews for each one of those books, mentioned in publishing order starting from the most recent.

Tyas Sōsen moved from Belgium to Japan during his postgraduate study years and since then he has been studying and working with Japanese tea. He is a certified Nihoncha (Japanese tea) instructor and a qualified Enshū school instructor in The Way of Tea.

“The Story of Japanese Tea” not only reflects years of studies, experience, tea sourcing, tea practicing, working directly with tea famers but also the author’s passion, dedication and valuable insight on the world of traditional Japanese tea. Tyas point of view on sustainability and how tea is better in harmony with nature is truly inspiring.

There are many considerations worth quoting from this book, but I leave you with the one that is probably my favourite:

“Tea can only be seen if we see it for its diversity, and see it as the unique being it ‘is’ as opposed to ‘what we want it to be’. […] The main goal of ‘The Story of Japanese Tea’ is to indicate that tea has to be savored, enjoyed and appreciated for its unique individuality and diversity, and that the manufacturing doesn’t rely on set practices, but that each tea is produced in its own unique way. This is what the true pleasure of tea is, and what allows us a much deeper insight into its cultural heritage and the appeal it carries within.”

Oscar Brekell  moved from Sweden to Japan in 2013 and since then he has been working in the Japanese tea sector. He is a certified Nihoncha (Japanese tea) instructor, has worked for the Japan Tea Export Council and has been actively promoting Japanese tea culture and education in Japan and abroad.

Oscar’s book goes all the way from Japanese tea types, cultivars, regions, aromas and components, manufacturing,  brewing tips and to tea ware in a very nice and clear format. The graphs and photos used are an excellent way to make Japanese tea easy to every reader’s tea knowledge level. The book is bilingual in Japanese and English, which I believe is a useful plus for either Japanese tea professionals or tea passionates interested in Japanese language.

In the preface of “The Book of Japanese Tea” you can already grasp the author’s passion and what lies behind this practical book:

“In Japan, the saying ‘shichu no sankyo‘, or ‘mountain dwelling in the city‘ has been a well known concept since the age of the Hagashiyama culture. […] I believe that this saying very well summarizes the beauty of Japanese tea. Even if you happen to be in the middle of a bustling metropolis, the aroma that rises from your cup invigorates you and brings about peace of mind and serenity as if you were standing in the middle of a tea garden surrounded by misty forest clad mountains.”

Even if you probably all know her by now, Simona Zavadckyte has been living in Japan working professionally in the tea sector since 2013. She is a certified Japanese tea ceremony instructor and a member of the Japanese Tea Hand-rolling Preservation Association; she has been developing several tea education programs in Japan and abroad and is the president of the Global Japanese Tea Association.

Simona’s book guides the reader through every aspect of Japanese tea under the author gained knowledge: farming, processing, tea types, composition of tea, brewing and tasting, history and current situation, tea ceremony and tea ware all come together in this well thought and easy to read handbook.

Her passion, personal experience and fully immersed life in a tea producing Japanese town led her to write this book, as she felt the urge to fill a void: giving more information about Japanese tea abroad.

“Domestic popularity of Japanese tea has been declining – it is now seen as old-fashioned and something of the past century. Few households still have a Kyusu for making tea and purchasing bottled tea from vending machines has become more common. […] More effort, both domestically and internationally, hence, is necessary to keep Japanese tea and its wonderful culture going. Even a reader of this guide like yourself can contribute to it by maintaining curiosity about Japanese tea and continuing to appreciate it. Every cup counts!”

Each one of these books somehow reflects the different approaches and characters of their authors. Yet all three publications have something in common behind: a deep passion, immersion in the core of Japanese tea and willing to preserve the beauty of it sharing it with the outside world.