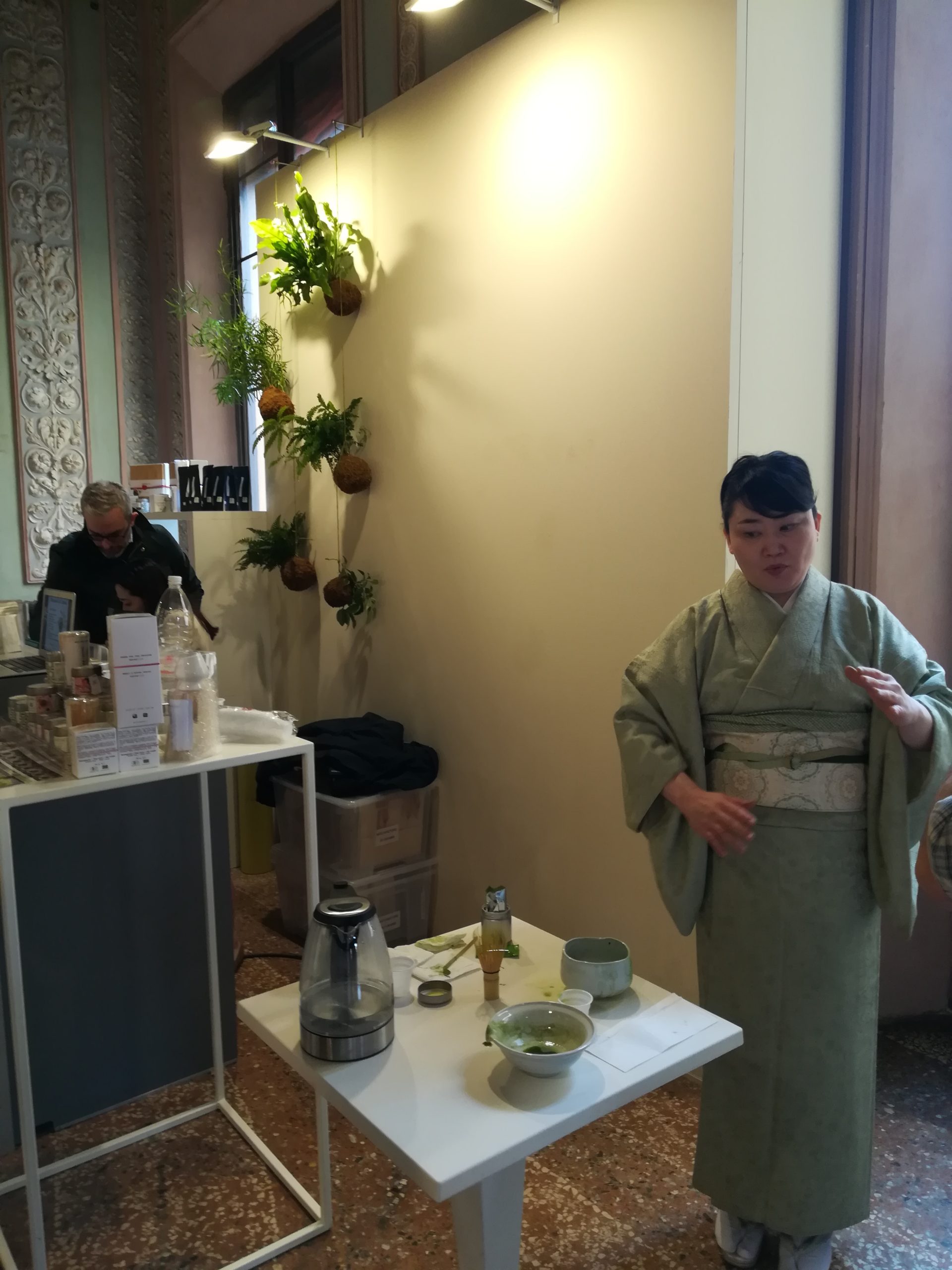 In Tè Festival in Italy was fun and inspiring!

9 people attended our workshop on regional banchas. To our surprise, bancha is lately quite known in Italy, but most of what can be found is summer or autumn harvest. The people that joined were then surprised to taste many different flavours compared to what they had tried before.

We had 5 different teas (4 of which fermented) from 5 different areas of Japan. The first tea was Kyo-bancha (from Kyoto), to be followed by whisked Batabata-cha (from Toyama) paired with some traditional Japanese sweets called kinako mochi; then a comparison between Awa-bancha (from Tokushima) and Go Ishi cha (from Kochi) that left participants quite surprised and with different reactions (strangely enough, the people that liked one, disliked the other and vice versa!).

To finish we had a brew of a recent post fermented tea called Nadeshiko (from Shizuoka), whose taste seems be easily liked: our guess is that this is because this tea has hints of honey-sweetness while the little acidity from fermentation can be only perceived slightly and from second brews.

The highlights of the weekend were many: a whole range of different tea topics, a surprising new generation of Italian tea bloggers (!!!), meeting with old tea friends – and making new ones – that came to Bologna from different parts of Europe (and the world!).  All this matched with a beautiful city (and great food!) on the background.

If you missed this year edition, you should mark it on your calendar for next year already!